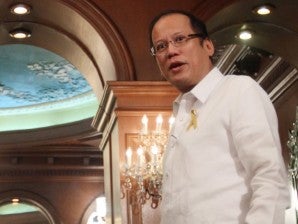 The government is poised to allow small-scale mining to continue in the country despite the dangers this poses to both people and the environment.

President Benigno Aquino III is waiting for the completion of the executive order (EO) on mining but among the things he assumes may be included in the document  is the continuation of  small-scale mining in some areas.

The President,  however, said that this time the practice of small-scale mining would be different from the way it was being done.

In a chat with Philippine Daily Inquirer editors and reporters at the wake for the late Inquirer publisher Isagani Yambot at Arlington Memorial Chapels in Quezon City on Sunday, Mr. Aquino disclosed that the mining EO draft was returned to those crafting it because there were “oppositors,”  who included even some of the “authors.’’

Mr. Aquino said one of those who opposed the draft was presidential adviser for environmental protection Neric Acosta.

“He (Acosta) was saying (the draft) does not seem to conform..but he did not specify..,’’ Mr. Aquino said, noting that he had not yet seen the draft himself.

The President said the draft would be sent back to mining stakeholders.

He said that when he first tasked a group of government agencies to review the country’s mining policies and to draft a new mining EO, there were several questions he raised to which he wanted answers.

“People are making money (in mining), (that is) clear. Is the country making enough? Does it really generate employment? There are risks for these extractive processes. Are these risks commensurate to the gains we are getting? And if not, what are the safeguards that have to be put in place?’’  the President said.

But he ruled out a total ban on mining.

“The idea basically is they’re (large mining companies) large entities, they can execute bonds that you can forfeit. They’ll be in a more specific geographical area that will make it easier to regulate,’’ he said.

“You will allow, I assume, some small-scale (mining) but it cannot be that if you’ve stopped mining in a danger area, people there will return and then another landslide happens…” Mr. Aquino said.

He said there might be a need to “put in checks if you are able to cluster” small mining claims.

Mr. Aquino recalled recent mining disasters in the country, citing for instance the case where three landslides occurred  in a mountainous area where the only part left standing was the  middle of the mountain.

He said the question in the minds of people in that area was “not if that (middle part) will end up collapsing, but when (it will collapse).”

Mr. Aquino also said he did not want a repeat of another incident where people were evacuated from a mining area that collapsed due to a landslide, only for them to return and then experience yet another landslide.

“The local government unit said it had prohibited the return (of the people) but the barangay allowed them to return. That is a guaranteed tragedy,” he said.

Asked if the government aimed to balance the need for development and the need to protect of the environment in crafting the new mining policy, the President explained this was the same question he wanted the group drafting the mining EO to address.

He conceded that the government wanted to pursue mining if it would generate jobs, but “now that we have jumped into so many fields, you have to ask, is it still as gainful to merit the risks?”

Mr. Aquino pointed out that the Department of Environment and Natural Resources had been pushing for the country to go beyond the “extractive” to the “processing side” as this would “induce more jobs.”

Still, he pointed out,  mining in general posed a “potential danger to the environment” which in turn provides a “great potential for tourism” in  the country.