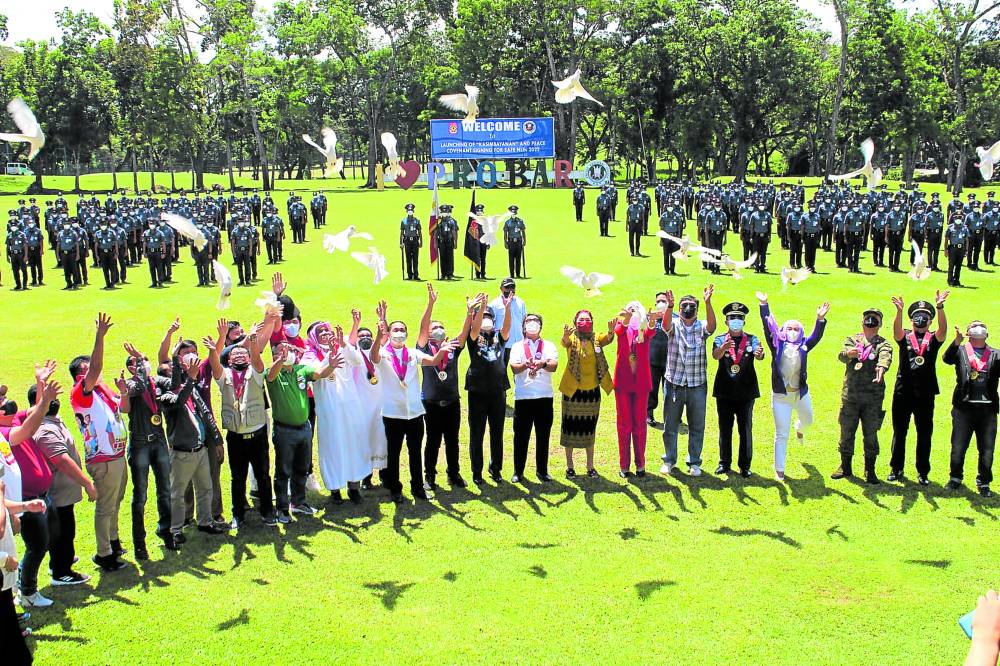 COTABATO CITY — Police authorities in the Bangsamoro Autonomous Region in Muslim Mindanao (BARMM) are closely watching 102 areas in the region for possible eruption of violence related to the upcoming national and local elections in May.

Among the areas are the three cities of Cotabato, Lamitan, and Marawi.

The BARMM is composed of 116 towns in the provinces of Maguindanao, Lanao del Sur, Basilan, Sulu, Tawi-Tawi; the cities of Cotabato, Marawi and Lamitan; and 63 villages in six towns of Cotabato province.

Voters in the 63 villages in Cotabato, however, are not yet casting their ballots as part of the BARMM for the 2022 polls as they would continue to do under their respective towns in the province.

Brig. Gen. Cabalona, BARMM police director, said at a Regional Peace and Order Council (RPOC) meeting on Thursday that 18 of the 102 localities were classified as “areas of immediate concern,” or critical areas, while 34 were “areas of concern” due to the presence of armed groups such as the Abu Sayyaf, Bangsamoro Islamic Freedom Fighters and Daulah Islamiyah.

The 50 others were being watched due to a history of election-related violence, Cabalona added.

But the police official said the watchlist of localities could be reduced as efforts to ensure the peaceful and orderly conduct of the polls were being done, or could increase as the campaign period for local seats start on March 25.

“We should not allow the institutions of the state to become instruments of control and oppression in the region as it will [give] birth again [to] the legitimate grievances of our people,” Ebrahim stressed.

For the May 9 polls, UBJP has fielded local bets and forged alliances with local political groups.

BARMM Interior Minister Naguib Sinarimbo lauded Cabalona’s assurance that the police forces would remain apolitical and neutral as they work to ensure credible elections in the region.