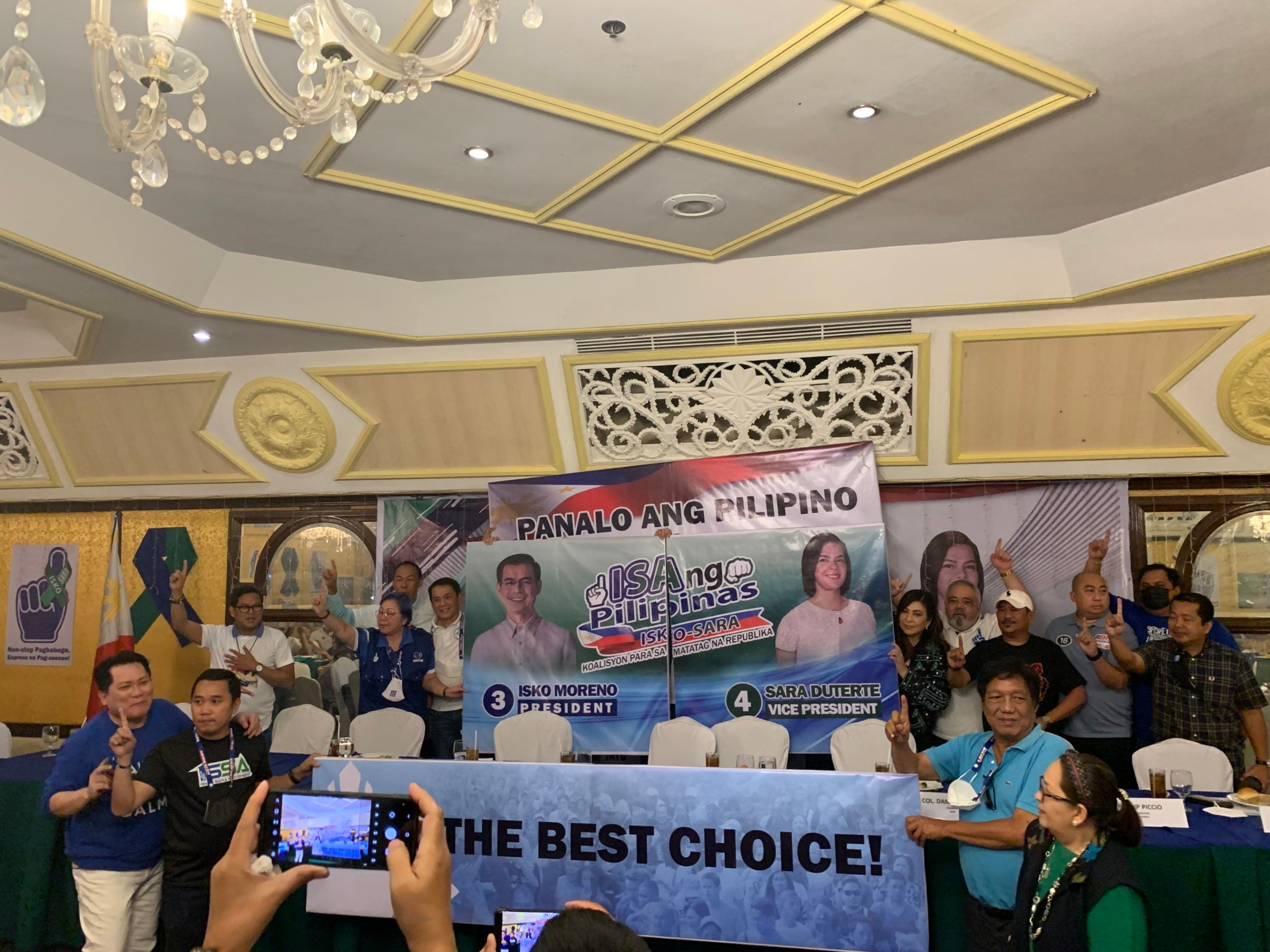 MANILA, Philippines — Supporters of President Rodrigo Duterte and Manila Mayor Isko Moreno formed a coalition to push for the tandem of the Manila mayor and and Davao City Mayor Sara Duterte-Carpio for the upcoming elections.

Called “Isang Pilipinas,” the coalition was formally launched on Wednesday at the Club Filipino in San Juan City.

Lead convenor of the coalition is actress Vivian Velez, who is also one of the high profile supporters of the President.

“I think the mayors are the best people to run this country especially when we have a crisis,” Velez, who is also the director-general of the Film Academy of the Philippines, said during the launch.

Duterte-Carpio, meanwhile, previously said that while she respects the decision of some of her supporters not to back the presidential bid of former senator Ferdinand “Bongbong” Marcos Jr., she is still stands with her running mate.