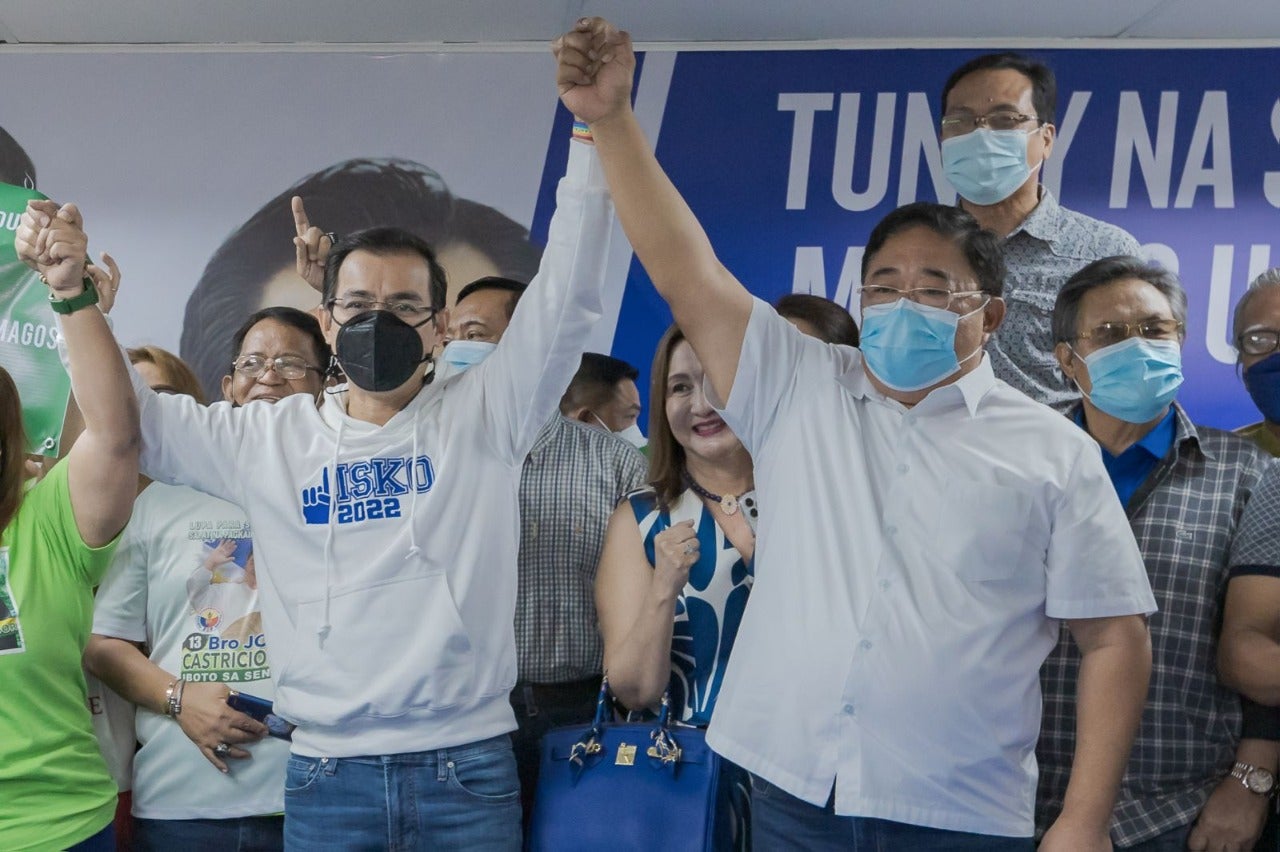 Officers and members of the Mayor Rodrigo Roa Duterte National Executive Coordinating Committee (MRRD-NECC) gave their manifesto of support to Moreno during a ceremony held at the Isko Moreno campaign headquarters in Intramuros, Manila on Saturday.

Former Agrarian Reform secretary John Castriciones, the president of the group, led MRRD-NECC officers and members in handing the manifesto of support to Moreno. Castriciones is seeking a Senate seat in the upcoming elections.

Castriciones said that with their endorsement, officers and members of the MRRD-NECC will start campaigning for Moreno throughout the country.

Moreno thanked the group for its support, noting that the endorsement given by the MRRD-NECC is the “biggest” he has received so far.

“As you all know, I’ve been telling that I need all kinds of help,” Moreno said during the event in a mix of English and Filipino. “Today, I think, the biggest support I have received so far comes from the MRRD-NECC.”

Moreno’s campaign strategist Lito Banayo, who has also involved in Duterte’s 2016 election campaign, said he was pleased with the endorsement of the group. Banayo said members of the MRRD-NECC  are the “original supporters of President Duterte.”

“MRRD-NECC spearheaded the journey of then Mayor Duterte,” Banayo said. “As you can see, they have an army of supporters all over the country.”

“And they have shown their loyalty to President Duterte, which we hope in the next six years will be loyal to both President Duterte and the next president of the Philippines, which is Francisco “Isko Moreno” Domagoso,” Banayo said.