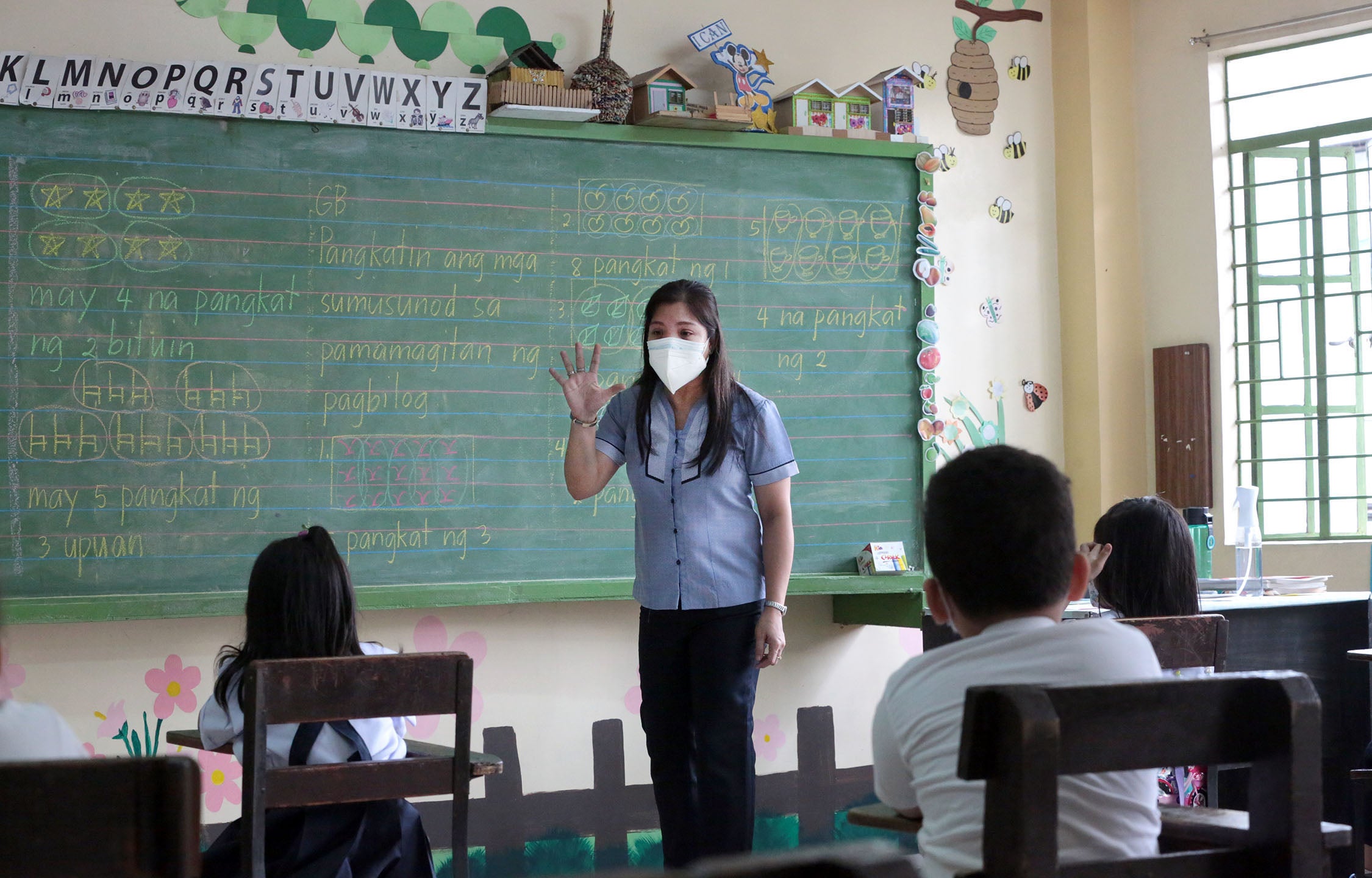 (FILE) The Department of Education (DepEd) is eyeing the easing of requirements for the implementation of in-person classes as Metro Manila and other areas shift to a “new normal” starting this month. (INQUIRER FILE PHOTO / GRIC C. MONTEGRANDE)

MANILA, Philippines — Trade Secretary Ramon Lopez on Wednesday said he supports placing the entire country under the Alert Level 1, or the lowest COVID-19 alert level,  and the expansion of in-person classes to cushion the impacts of the tension between Russia and Ukraine.

Lopez said the shift to Alert Level 1 in Metro Manila and 38 other areas is a huge help to the economy but it would be better if pandemic restrictions in the entire country will also be relaxed.

(Overall, our shift to Alert Level 1 in almost half of the country is a huge help, but if we can implement this in the entire country and resume face-to-face classes, it will increase the domestic economy and offset external risks.)

“It will strengthen the country to weather the storm brewing in Russia and Ukraine,” he added.

Lopez made the suggestion as he presented his proposed interventions to the economic blows that the country may suffer due to the Russia-Ukraine conflict.

Lopez warned that oil and food prices, as well as interest rates, are likely to go up amid the tension between Russia and Ukraine. He added that “investor risk aversion” and uncertainty on global policy can also lead to capital outflows and cause fiscal stress.

According to Lopez, the government will need to find the means to increase funding in social protection programs in order to support vulnerable citizens and critical sectors.

It was National Economic and Development Authority Secretary Karl Chua who first suggested placing the entire country under Alert Level 1 to strengthen the local economy amid the conflict in Ukraine.

He also added that resuming in-person classes nationwide will generate about P12 billion in economic activity.

However, Health Secretary Francisco Duque III believes it is not yet time to place the entire Philippines under Alert Level 1 at this point. He said the government should be careful in easing restrictions to avoid wasting its gains in addressing the pandemic.

Meanwhile, Lopez also said another possible intervention is to “expand supply [of coal] and reduce price by reducing the most favored nations 7% tariff rate to zero until December 2022.”

(Coal is also one of the things we will work out for tariff-related matters with the tariff commission, Neda, DTI, and other agencies. From seven percent, it will become zero so that we will have a cheaper source for now. The baseload of our power is coal-based.)

(Climate change will not be prioritized for now. Other efforts on climate change will still be there but I think when it comes to energy sourcing, let us speed this up. This will just be up to December anyway.)