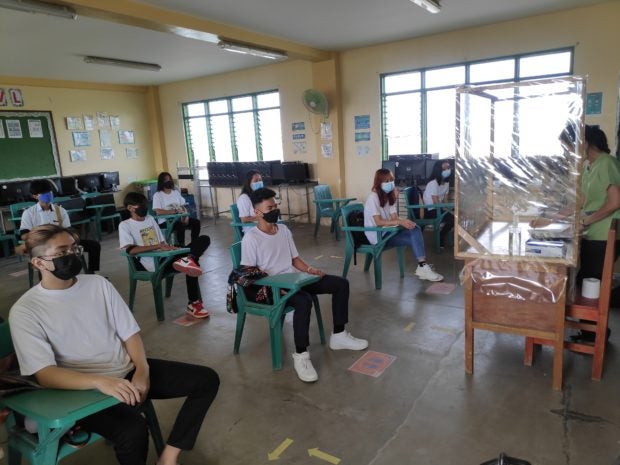 Classes will revive economic activity in establishments around schools — such as food stalls, restaurants, school supplies stores, and the like — and public transport, Chua pointed out during the weekly taped “Talk to the People” briefing with President Rodrigo Duterte.

“As the vaccination rate increases, we can start opening schools gradually,” he said, speaking partly in Filipino. “This will provide a big boost to the economy while improving the learning and productivity of children.”

He noted that as of Feb. 7, only 304 schools out of the 60,473 schools nationwide resumed in-person classes.

He added that as much as P11 trillion worth of productivity per year had been lost as the country continued to forego in-person classes.

By opening in-person classes, students can also increase learning outcomes by about 50% by increasing time spent in school.

He noted that online classes only last from two to four hours, which would be increased during face-to-face classes.

Adults will also increase their productivity as they would be able to focus on work instead of taking full-time to take care of their children.