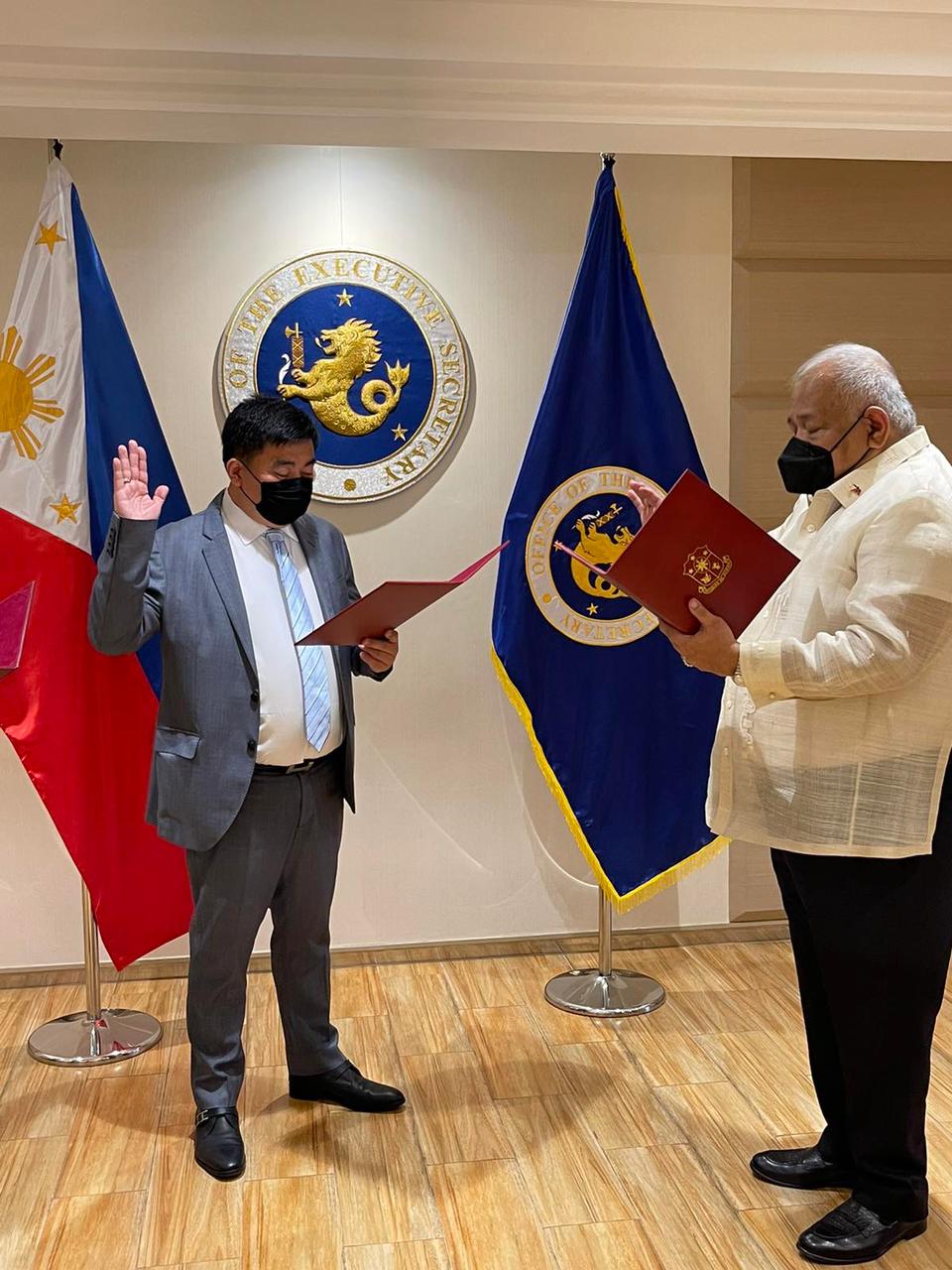 MANILA, Philippines — President Rodrigo Duterte has appointed a high-ranking official from his PDP-Laban party as the acting Cabinet secretary.

Melvin Matibag. the Secretary-General of the PDP-Laban faction identified with the President on Wednesday confirmed to INQUIRER.net his appointment as acting Cabinet secretary.

He said his appointment papers were signed on Tuesday and he took oath on Wednesday. 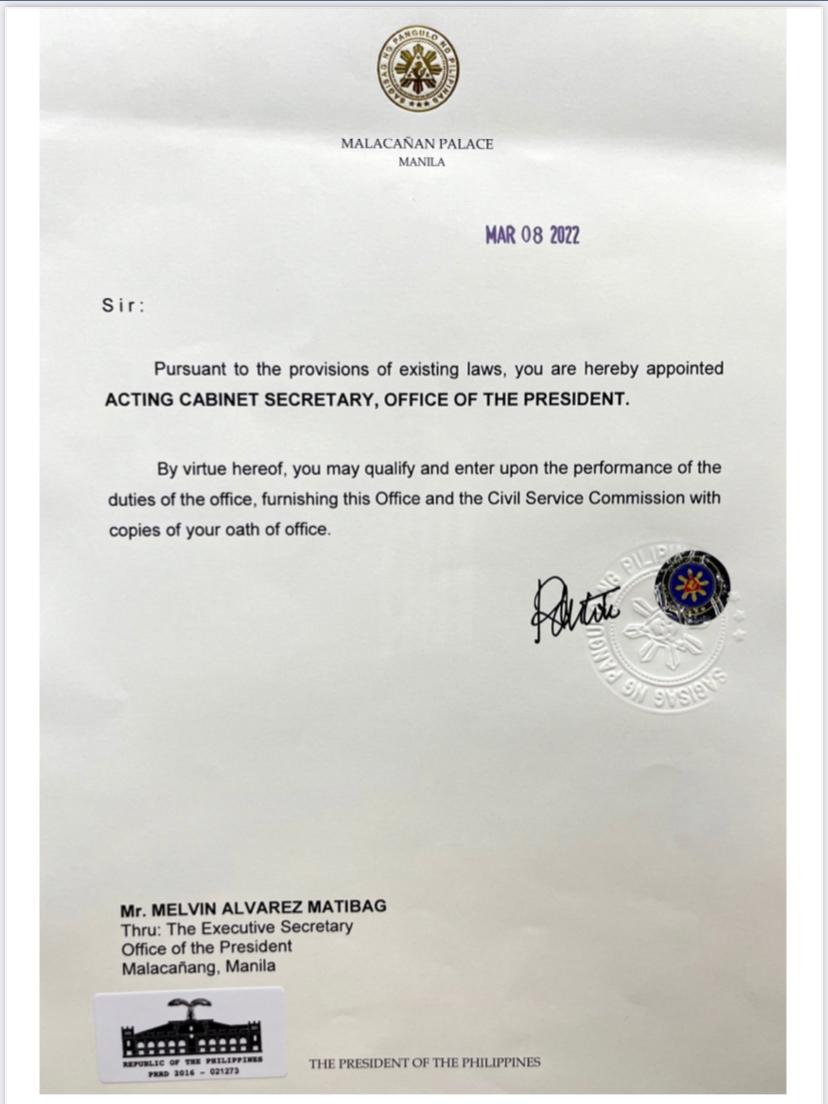 Matibag replaces Karlo Nograles who was appointed and took oath as the new chairman of the Civil Service Commission (CSC).