MANILA, Philippines — A number of retired high-ranking officers of both the Philippine National Police (PNP) and the Armed Forces of the Philippines (AFP) are seeing the next commander-in-chief in Vice President Leni Robredo and expressed their support for her presidential bid.

In a short briefing on Monday, after Robredo met with the former PNP and AFP officials, two former spokespersons of the uniformed service  — retired PNP Maj. Gen. Generoso Cerbo Jr. and retired AFP Maj. Gen. Domingo Tutaan — gave some details of the meeting, and why they chose to support the Vice President.

Tutaan said that Robredo’s programs for national security encapsulate their aspirations for the country’s defense policies, like her stand on the West Philippine Sea issue.

“Yes, as individuals, in our own personal capacities, as individuals and as former colleagues in the AFP and the PNP, yes,” Tutaan said when asked if they are categorically supporting Robredo’s run for president. “We believe kasi the Vice President has the program of action that would address the various things regarding national defense and security.” 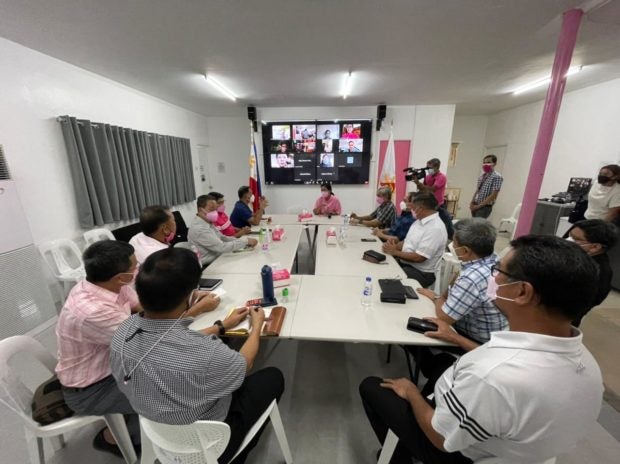 Vice President Leni Robredo meets with a number of retired high-ranking officers of the Philippine National Police (PNP) and the Armed Forces of the Philippines (AFP), who briefed her about security concerns. The former PNP and AFP officials have expressed support for Robredo, who is running for president in the 2022 national elections. (Photo by VP Leni Media Bureau)

Cerbo, on the other hand, said that he and other former PNP officials see their aspirations on how the national police should function under Robredo’s platform,

Early last month, several former AFP and PNP officials along with other cabinet secretaries who served under the term of late former president Benigno S. Aquino III vowed to support Robredo’s candidacy, saying that the country is in need of a competent president.

Since then, several government workers from past administrations — including that of former presidents Gloria Macapagal-Arroyo and Fidel Ramos — have announced support for Robredo. 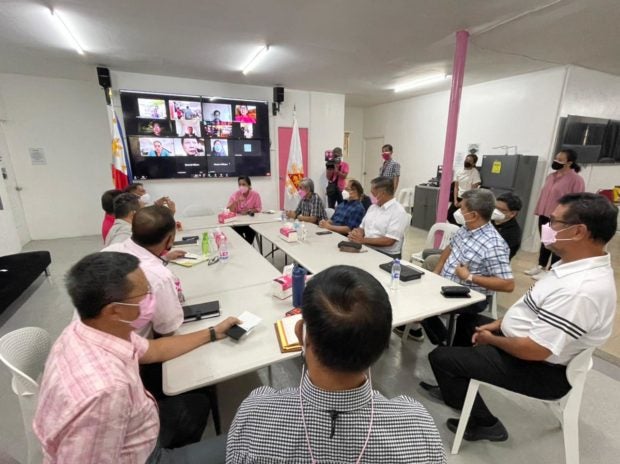 Vice President Leni Robredo meets with a number of retired high-ranking officers of the Philippine National Police (PNP) and the Armed Forces of the Philippines (AFP), who briefed her about security concerns. The former PNP and AFP officials have expressed support for Robredo, who is running for president in the 2022 national elections. (Photo by VP Leni Media Bureau)

Tutaan said that aside from providing support, they are also informing Robredo about their views regarding national security, especially as the Vice President wants to hear the voices of all sectors involved.

“If you would look at that eight-point program, there is a portion there, ‘Angat Buhay sa Seguridad’, and that’s where we come in to make sure that, or to be able to give our inputs, alam mo ‘yong si Vice President very ‘kwan ‘yan eh, very inclusive. She really wants to get the ideas or the inputs (of) all sectors concerned, in order to come up with the best policies, guidelines,” he explained.

“There’s an aspect in security, sinasabi nga nila, ‘security is not a project’, hindi ‘yan ‘yong gagawin mo ‘to, ‘yan ‘yong deadline tapos na. Security is a process and that’s what she believes, and siya ‘yon ding aming ginagawa so that we can give inputs to her as far as this policy is concerned,” he added.

When asked how many retired AFP and PNP officials are backing Robredo’s candidacy for president, Tutaan said “there are a lot of them.”

“Marami rin ‘yon, and it’s not only us here na nandito sa Manila, but there are also — naka-Zoom meeting kami rin kanina if you saw the short conference that we have, naka-Zoom meeting ‘yong mga retired generals from the provinces na nandoon, some come all the way from Nueva Ecija, meron din sa Visayas,” he said.