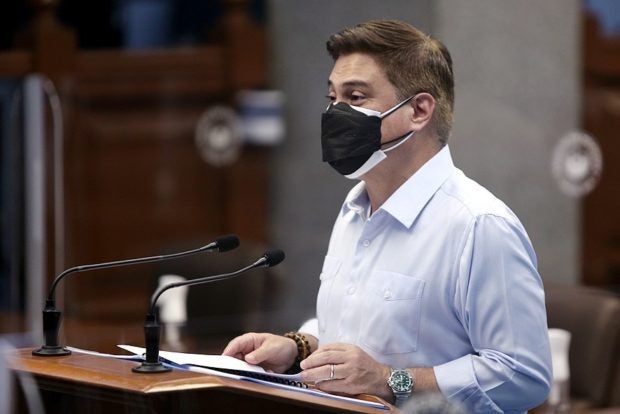 MANILA, Philippines — Republic Act No. 11648, or the act increasing the age for determining statutory rape, received the President’s signature on 04 March 2022. The long-awaited law raises the age of sexual consent from twelve (12) to below sixteen (16) years old.

“I know this has been long-awaited by many families and child rights advocates, and as a parent to three young kids myself, I was really adamant that we get this out for the President’s signature this Congress,” said Senate Majority Leader Juan Miguel Zubiri, author and co-sponsor of the law. He also co-chaired the Senate bicameral conference committee panel for the bill, along with Sen. Richard Gordon.

“At thirteen or fourteen, our kids cannot make informed decisions about sex yet, especially sex with adults, so this is a really important law that will protect our kids from malicious individuals who intend to take advantage of them.”

The law specifies that rape occurs “when the offended party is under sixteen years of age,” and it defines rape as an act committed by a person against another person, instead of the previous definition that specifies rape to be between a man and a woman.

Zubiri has previously cited that one of the catalysts that galvanized him to advocate more strongly for this law was the case of a 15-year-old boy in Calamba, Laguna, who was killed by an adult man against whom the student had filed sexual abuse complaints.

“With this law, we will be definitively drawing a line that adults cannot cross. They cannot say a kid below sixteen gave them consent. That is statutory rape, plain and simple. And victims and their families will no longer have to prove that they were coerced. The onus will fall completely on the perpetrator.”

“Along with protecting our children, we are also hoping that this law will lessen instances of teenage pregnancy,” Zubiri added.

“I thank President Rodrigo Duterte for his signature, and I join the millions of parents, families, and advocates like UNICEF and the Child Rights Network who are happily welcoming this law for the protection of our children.”