Duterte: Pick which Ilocano leader you want in Malacañang 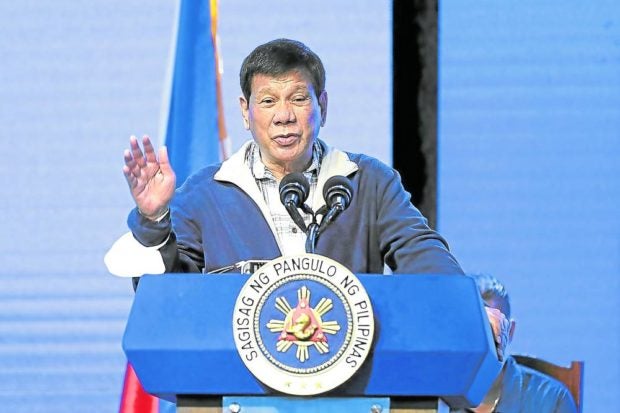 MANILA, Philippines — President Rodrigo Duterte on Friday said people can choose which Ilocano leader they want in Malacañang, after noting that there are many Ilocanos in his official family.

In his speech at the inauguration of the Narvacan Farmer’s Market in Ilocos Sur, a bailiwick of the Marcos family, Duterte joked how his Cabinet has more Ilocanos now than Bisaya.

The only Ilocano from among presidential candidates in the May 9 elections is Ferdinand “Bongbong” Marcos Jr. His running mate vying for the vice presidency is incumbent Davao City Mayor Sara Duterte-Carpio, the eldest daughter of the President.

Prior to his Ilocos Sur event, Duterte in an interview said he is not inclined to endorse any candidate for president, for now, saying he prefers to “stay neutral.”

READ: Still no presidential endorsement from Duterte: ‘I’d like to stay neutral’

Duterte also reiterated that he will only endorse a candidate if “there would be a compelling reason.”