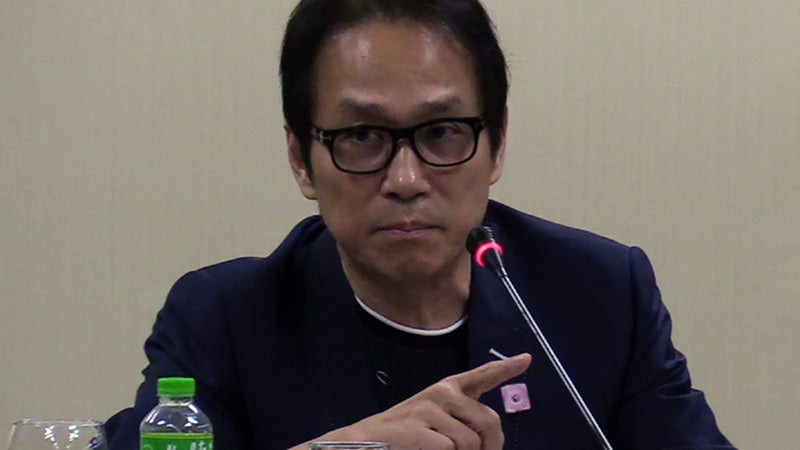 Businessman and former gaming consultant Charlie “Atong” Ang has accused rival operators of online “sabong” (cockfighting) of engaging in a conspiracy to wage a “trial by publicity” against his company, which is being linked to the disappearance of at least 34 persons allegedly involved in game-fixing.

But Ang, who served as a resource person during Friday’s hearing of the Senate committee on public order and dangerous drugs, declined to publicly disclose details, fearing a possible pushback from his rivals.

“To set the record straight, I am the owner of Lucky 8 (Star Quest Inc.), which has been tagged as guilty. But I will prove to you that there is a conspiracy here, a trial by publicity waged by some people, including someone who has been the largest gambling operator in the country and who claims to control every president,” he said.

Pressed for details, Ang asked the senators to permit him to speak in executive session. “I’d rather not say it in public, as there are some unruly ones who are involved,” he said in Filipino.

“I will tell everything [in executive session], and I don’t care what will happen to me next. My life has been in danger all the time anyway,” he said.

Ang, whose name was previously mentioned by a number of witnesses, was at the Friday hearing to shed light on the disappearance of 34 persons—three more than what was recorded in last week’s hearing. The Senate committee resumed its investigation on Thursday.

He spoke with the senators over lunch behind closed doors to back his claim of conspiracy. Nothing was mentioned about it when the hearing resumed.

At the public hearing, Ang said Lucky 8 had become the object of envy of some operators because it had supposedly been catering to 90 percent to 95 percent of cockfighting aficionados nationwide.

Dela Rosa at one point cut off Ang to dismiss his seeming insinuations that the committee was singling out Lucky 8.

“We are calling for the suspension of all seven licensees, not just Lucky 8,” the senator told Ang. “It’s just that it was thrust into the center of this investigation because you operate all the three cockpit arenas where the missing persons were last seen alive.”

According to Ang, his company collects anywhere from P1 billion to P2 billion daily from “e-sabong” operations, but is collecting only 5 percent of the gross sales as commission, to maintain its operations.

He said Lucky 8 activities were legal and did not violate e-sabong regulations.

Police investigators have identified at least 14 suspects, all members of a security agency, in the disappearance of six persons believed involved in game-fixing.

Police Brig. Gen. Eliseo Cruz, acting chief of the Criminal Detection and Investigation Group, told the Senate committee that a “vital witness” had issued a statement that he had seen six of the suspects loading the missing persons into a gray van on January 13 at the basement of Manila Arena. Cruz called the witness’ testimony a “breakthrough” in one of the eight cases of missing e-sabong aficionados. He did not name the suspects pending the filing of kidnapping charges against them.

Police have also launched a “manhunt” for a suspect caught on CCTV withdrawing money from an ATM in Lipa City using a card owned by Melbert Santos, one of the missing persons, Cruz said.

Senators took turns in grilling Philippine Amusement and Gaming Corp. (Pagcor) Chair Andrea Domingo for her supposed reluctance to heed the Senate resolution calling for the suspension of all e-sabong licenses in view of the aficionados’ disappearance.

Domingo said she was concerned about the possible repercussions of “arbitrarily” suspending the licenses, citing Pagcor’s supposed contractual obligation to the franchisees.

“The thing is, there is a serious loss of revenue. For last year, the average revenue from this e-sabong was about P400 million. But this year in January, it was P640 million a month,” Domingo said.

The senators expressed dismay that Domingo seemed to care more about the revenues than the missing persons.

“What is more important to you, the income being generated, or the 34 lives who have disappeared? This goes without saying that if there’s a will, there’s a way; if there is no will, there will always be an alibi,” Dela Rosa said.

“Are you trying to imply now that I am the liar? That I am making up these statements?” he told Domingo.

He chided her for Pagcor’s refusal to immediately stop e-sabong operations, and for supposedly passing the buck of the disappearances to law enforcement agencies.

“If there will be more who will be abducted, I do not know how you and your conscience can face the people,” Dela Rosa said.

Sen. Grace Poe, who heads the Senate committee tackling Lucky 8’s application for a legislative franchise, suggested that its approval would not be forthcoming because of the company’s alleged involvement in the disappearances.

“As chairperson of the committee on public services, it is my responsibility to make sure that the franchise applicants are free from any liabilities, among other requirements, prior to the grant of a franchise,” Poe said.

She said suspending the franchises of erring licensees should also serve as a lesson that they should keep their operations clean.

Sen. Francis Tolentino questioned the “overbearing interpretation” of the Department of Justice and Pagcor of the authority granted them by Republic Act No. 9487, or the Pagcor Charter.

“Where did you get the authority for you to [interpret] that e-sabong is part of the functions of Pagcor, [that it] can be regulated, can be declared as legal, and even used as legal basis?” he said.