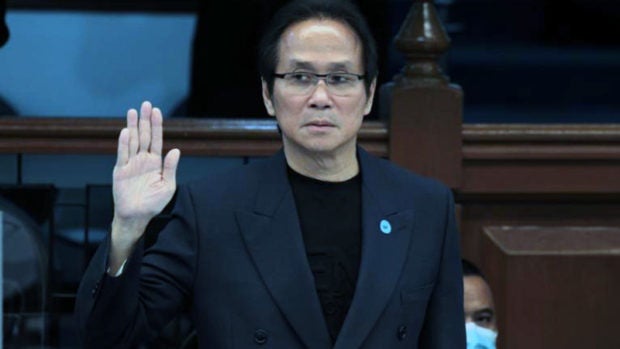 MANILA, Philippines — The government generates a P640-million revenue from e-sabong operations in the country per month, a “pittance” compared to the P3 billion gross monthly income being earned by the online sabong firm of gaming consultant Atong Ang.

This came out during the hearing on Friday of the Senate public order committee which had Ang as resource person in connection with the disappearance of 31 cockfight aficionados recently.

Ang was asked by Senate Minority Leader Franklin Drilon regarding the amount of bets coming in in his company’s daily operations.

According to Ang, daily bets total to an average of P1 billion or P2 billion. “More or less P60 billion po a month,” he added.

Of this P60 billion worth of monthly bets, Ang said they get five percent or P3 billion a month.

Ang noted that their agents get P2 to 2.5 billion from this.

(P1.5 billion is left. One percent goes to our expenses, this will leave us more or less P900 million, P800 million.)

(If Lucky 8 earns P3 billion, the P600 million or P640 million that Pagcor is saying it earns is but a pittance.)

“Uulitin ko lang, P3 billion per month even assuming that you incur expenses on this… P640 million per month of revenue by Pagcor is a pittance, is very small compared to the gross income of Lucky 8,” he added.

(I repeat, P3 billion per month even assuming that you incur expenses on this…P640 million per month of revenue earned by Pagcor is a pittance, is very small compared to the gross income of Lucky 8.)

The Senate public order and dangerous drugs committee has resumed its investigation into the disappearance of 34 persons allegedly involved in e-sabong game fixing from April 2021 to January this year.

After the hearing last week, 23 senators signed a Senate resolution calling on Malacañang and Pagcor to suspend the e-sabong operations until the disappearances have been resolved.