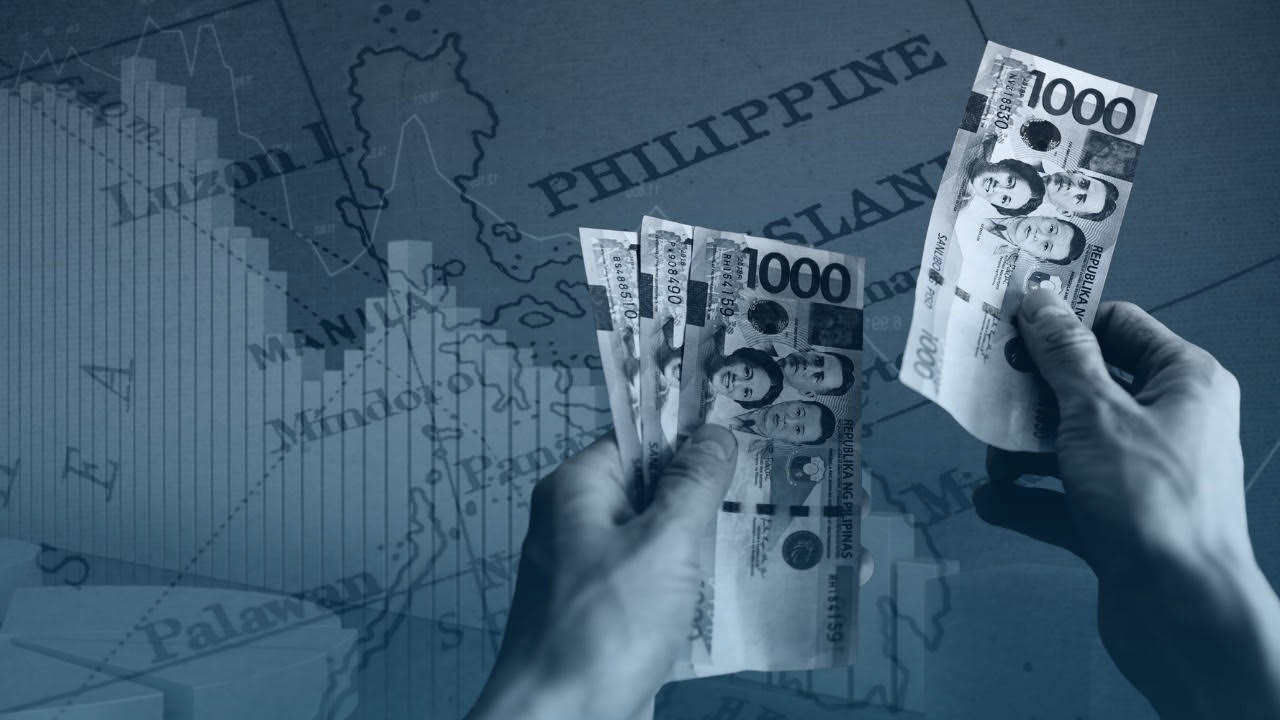 This is the biggest question, raised by independent think tank Ibon Foundation last year, as the government projected Philippine debt to reach a record P13.42 trillion by end of 2022.

At the time, Ibon executive director Sonny Africa said there would be a need to “progressively” raise government capacity to pay the debt and “taxing the rich” should be considered. 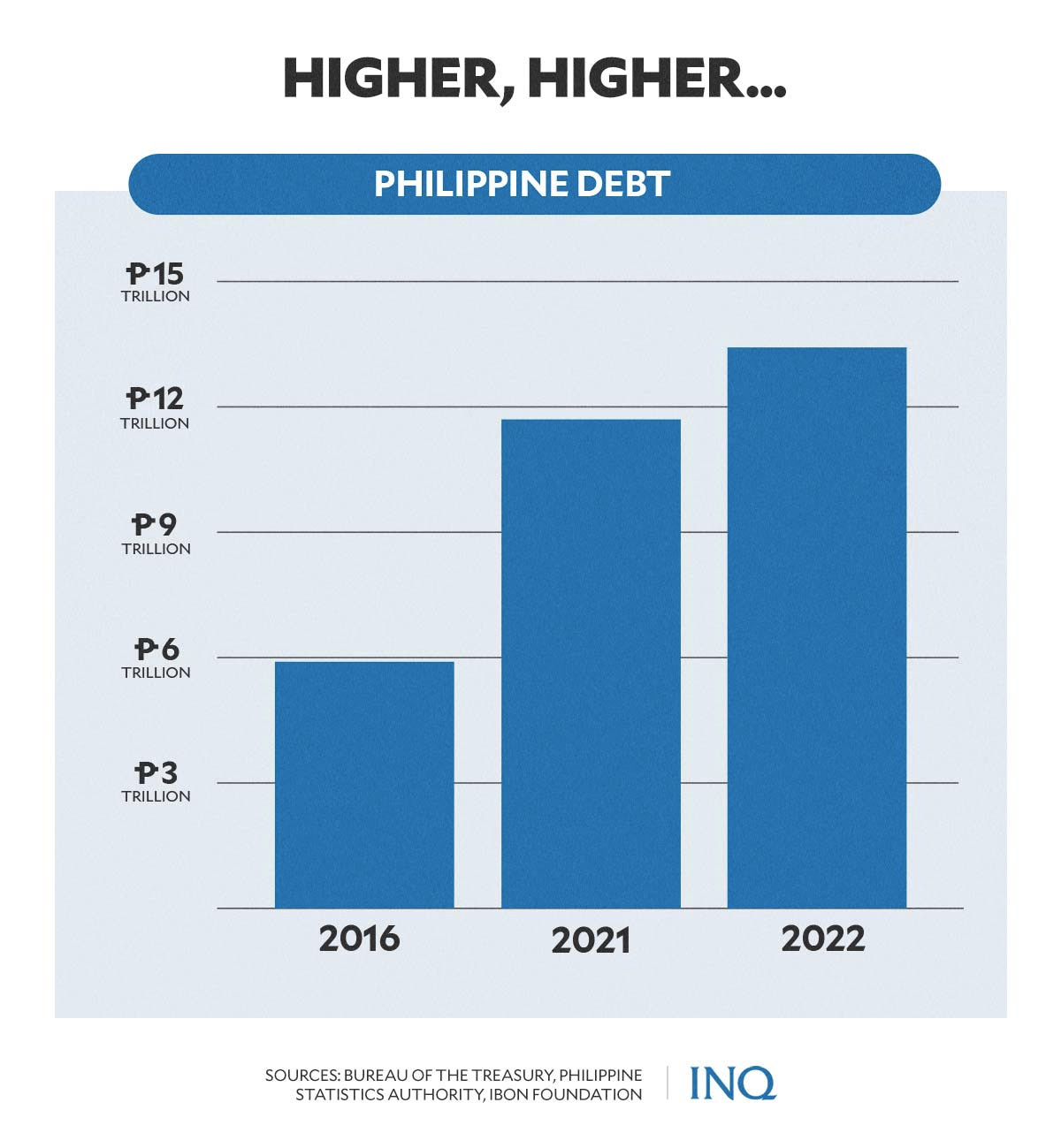 But as the Philippines ended 2021 with P11.7 trillion in debt (it already exceeded P12 trillion on March 4) and a record P1.67 trillion in budget deficit, the Department of Finance (DOF) saw new or higher taxes as a way out:

These, according to Finance Secretary Carlos Dominguez III in an interview with CNBC, would be presented to candidates for president with the DOF prepared to provide each candidate an insight on how to manage the monstrous debt. 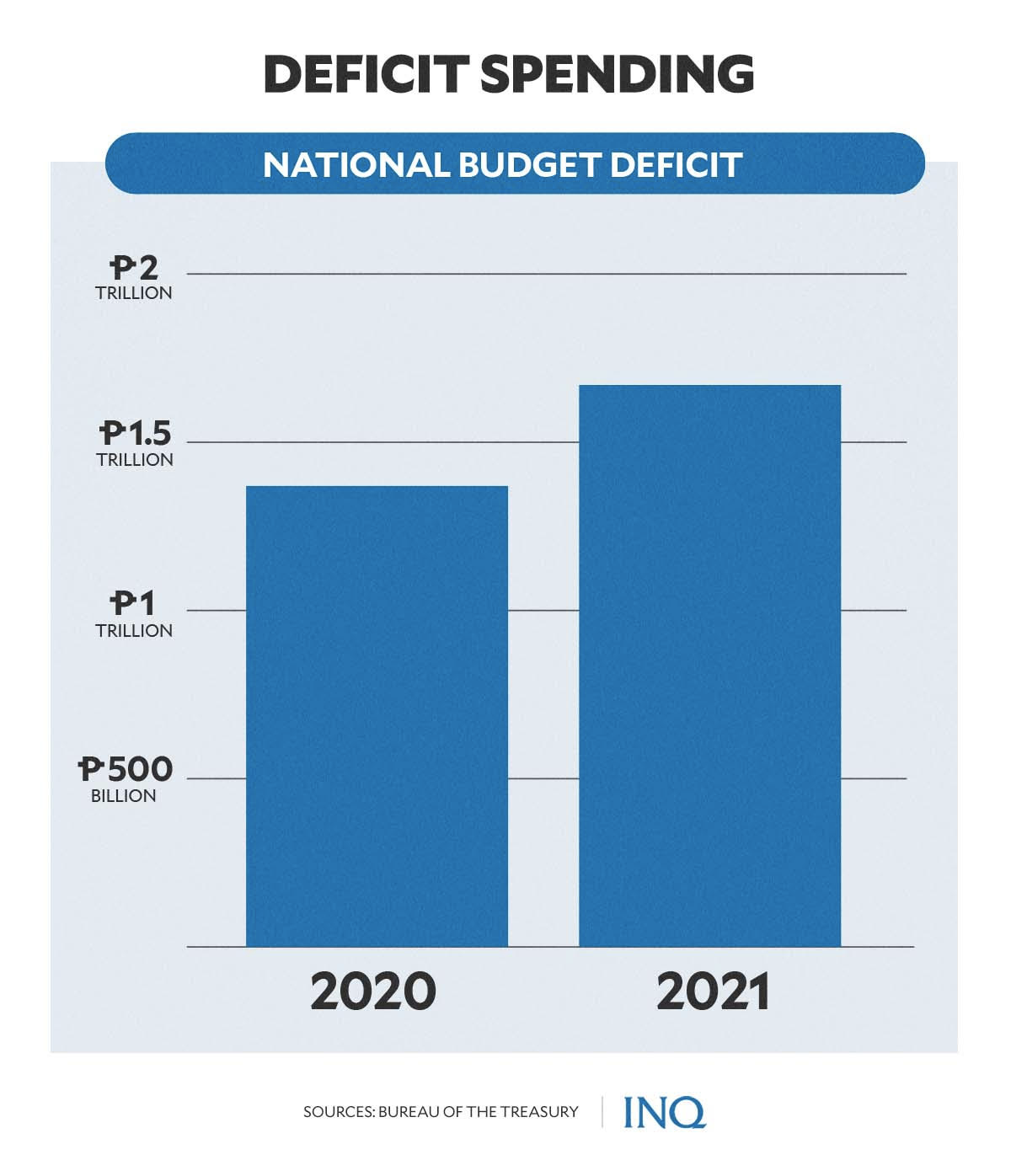 Last Feb. 28, as CNN Philippines held a presidential debate, candidates (except for Ferdinand Marcos Jr. who did not attend) were presented with the problem and here are their replies:

While De Guzman said debts were necessary and that the government should spend these responsibly, he stressed the need to fix the economy: “We have to develop our own industry.”

“If our economic systems are import-dependent, export-oriented, we would always be on the losing end. If we have low prices of exports, high prices of imports, we would really need to always borrow,” he said.

Since every year, as revealed by former deputy ombudsman Cyril Ramos that P700 billion is lost because of corruption, Lacson said the national budget should be balanced and stripped of non-essentials.

He likewise said that “for the past 10 years, resources that are not utilized reached P328 billion on the average from 2010 to 2020.” “So, we need to have judicious spending.”

He was absent in the CNN Philippines debate but in January, he said “we have to create value in our economy.”

“If you compare this with other countries, we are doing better than they are,” he said.

Moreno said servicing debts will be the “challenging task of the next president” because it’s a must that loans be paid. But doing so, he stressed, need not be a burden to people.

Pacquiao, who had said that he can handle the Philippines’ financial problems, stressed that debt is bad if neglected. “You really have to look into it […] You need to invest it properly.”

While Robredo said that foreign debt is not bad in itself, the government should make certain that return on investments is greater than what was borrowed. 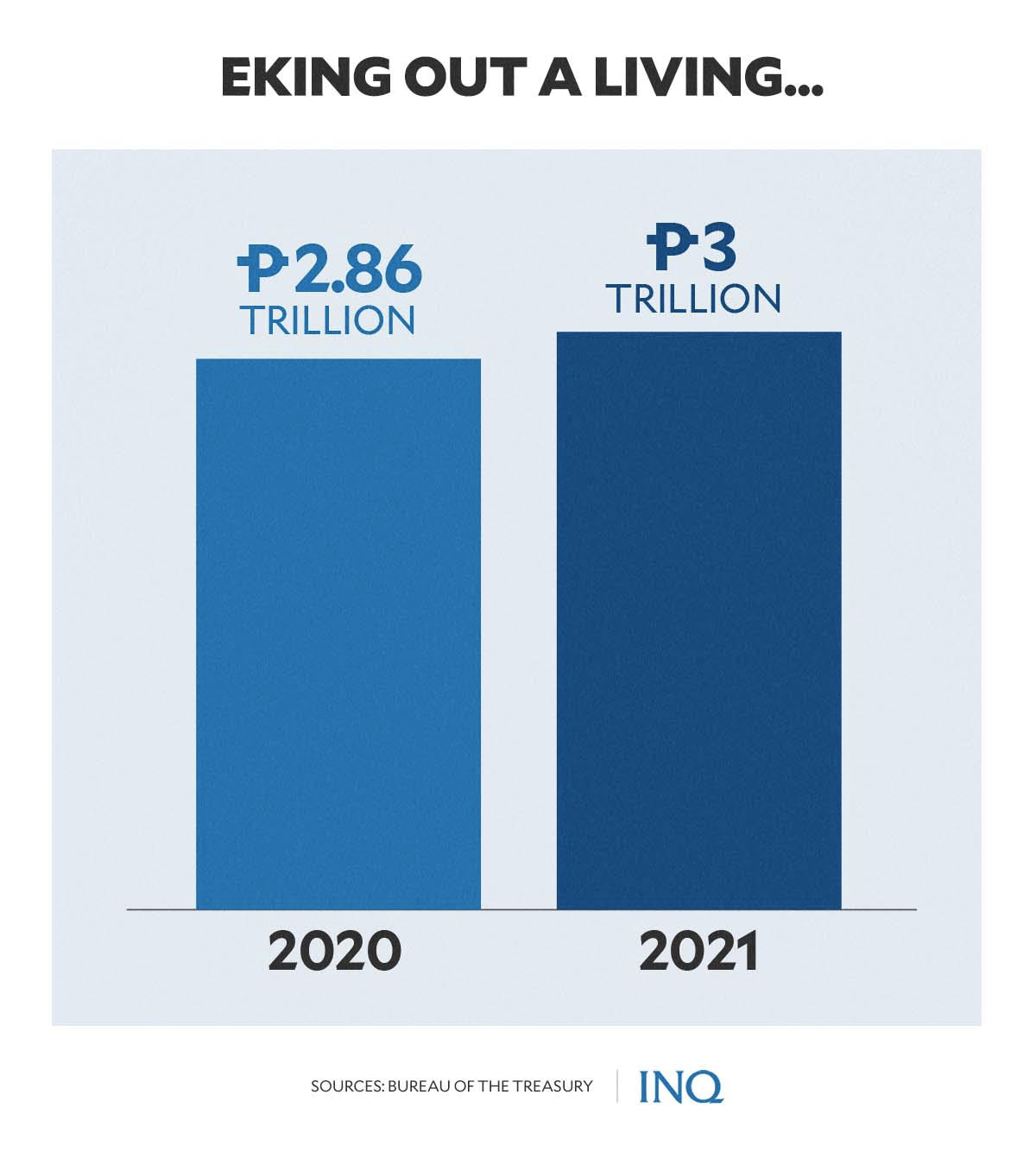 Last March 2, while the government’s debt as a share to gross domestic product (GDP) hit 60.5 percent, higher than the 54.6 percent in 2020 and the 60 percent international threshold, the BTr said Philippine debt was still “sustainable”.

READ: Piling PH debt: When is it a cause for worry?

To service the debt, a fiscal consolidation strategy will be presented to the next President, but like what the DOF said, this will likely consist of new or higher taxes and reduced spending on non-priority sectors.

A deficit occurs when government expenditures exceed income. Last year, the share of spending on public goods and services to the economy was 24.1 percent as the government spent more to fight the COVID-19 crisis. 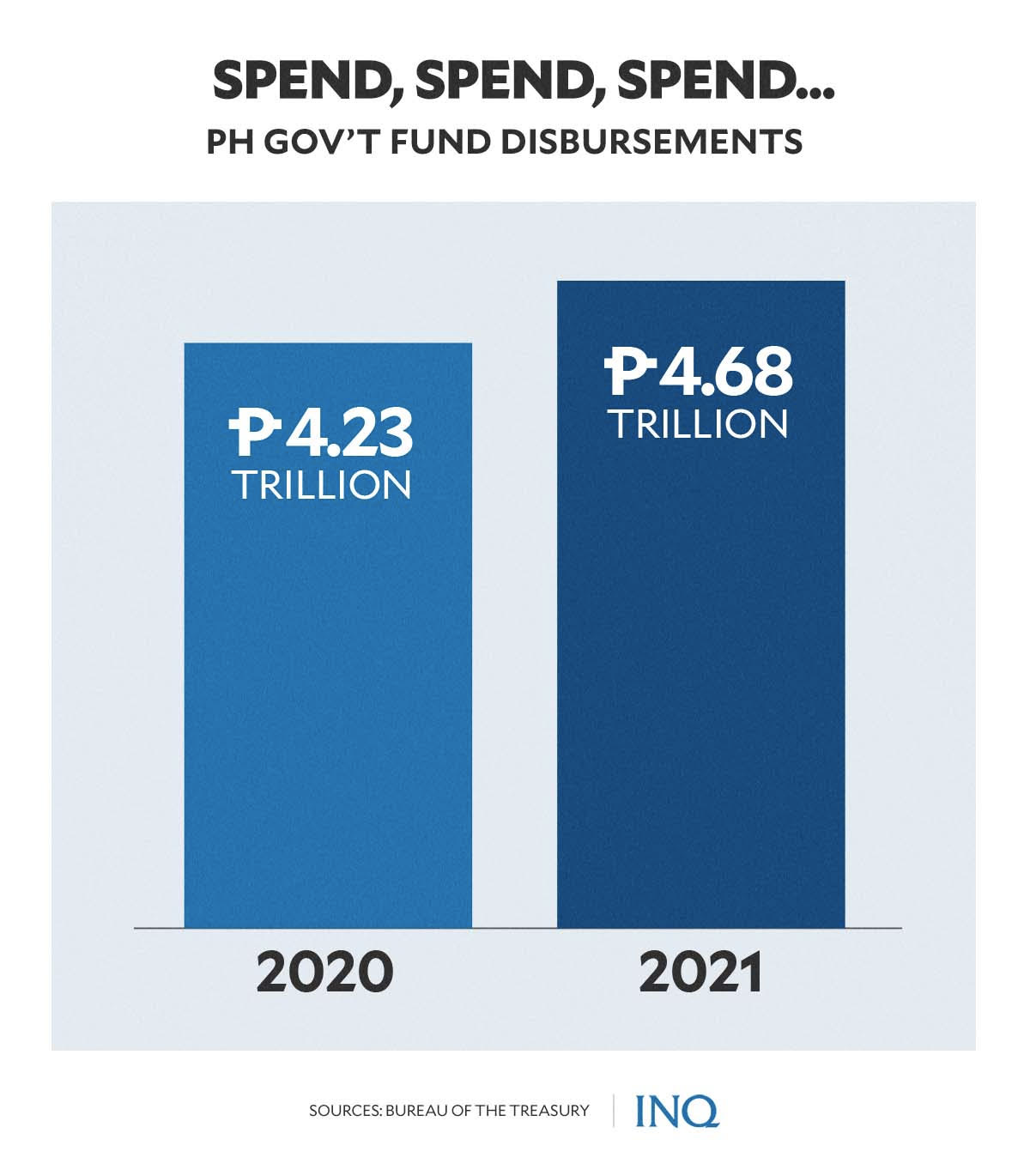 Africa said deficits are always financed by debt so deficits in 2020 and 2021 reflected high borrowing: “The P5.3 trillion in gross borrowings in the last two years is more than the P5 trillion in the six years before this––2013 to 2019.”

He told INQUIRER.net that this was one of the biggest reasons the debt stock was expected to hit the P13 trillion mark by the end of 2022, more than twice the P5.9 trillion that was inherited from the Aquino administration.

He said the record-high debt is not because of the response to the COVID-19 crisis, “as the economic managers often claim.” He said the crisis is being used to cover borrowings for infrastructure and debt payments.

He said the Department of Budget and Management’s (DBM) latest figures revealed that there was only P570 billion in COVID-19 releases as of September 2021. This covers spending through the 2020 and 2021 General Appropriations Act.

“In contrast, there was P1.84 trillion in infrastructure disbursements and P2.2 trillion in debt servicing (interest and amortization) in 2020 and 2021, or over seven times what was spent on COVID-19 response,” Africa said. 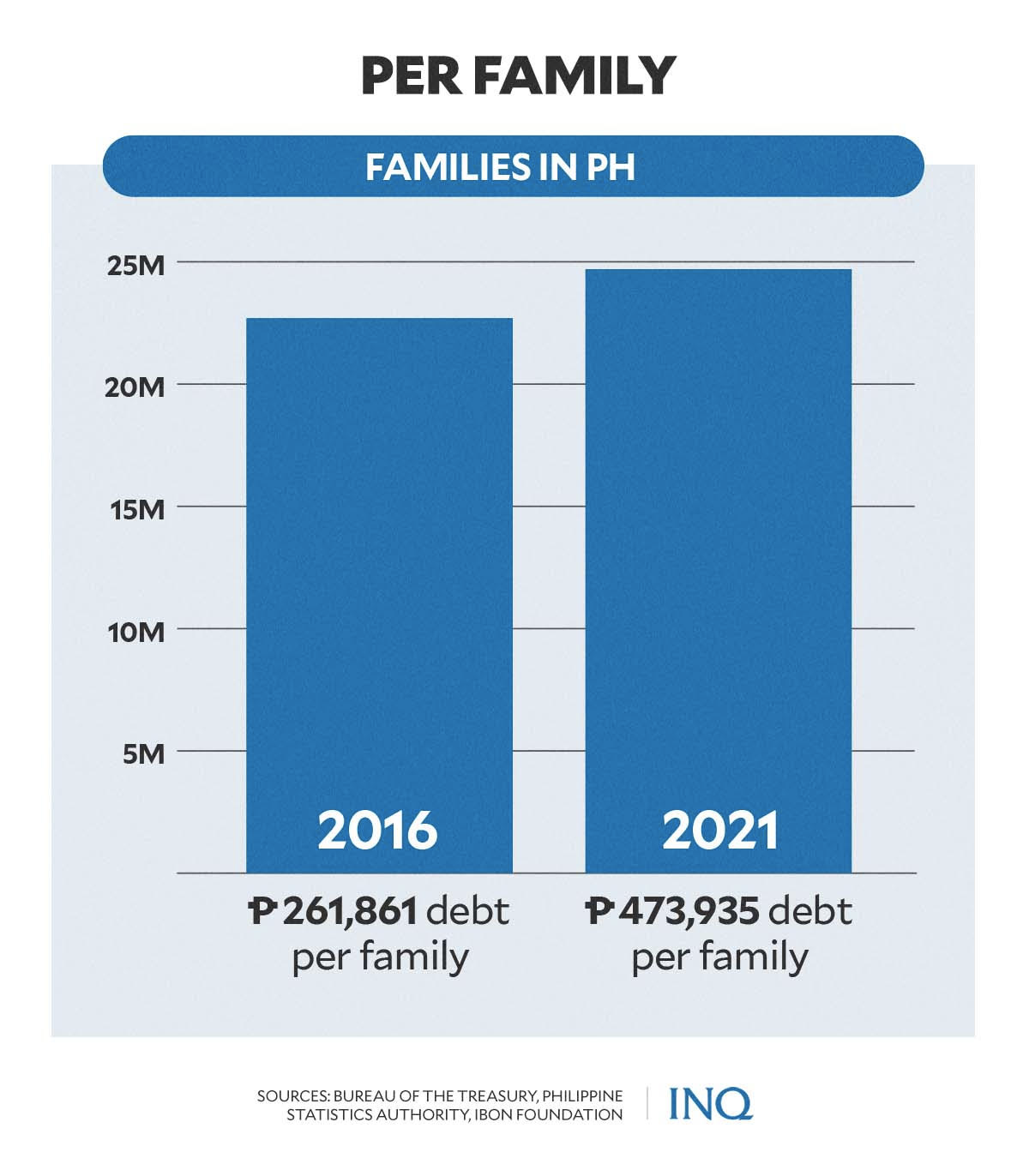 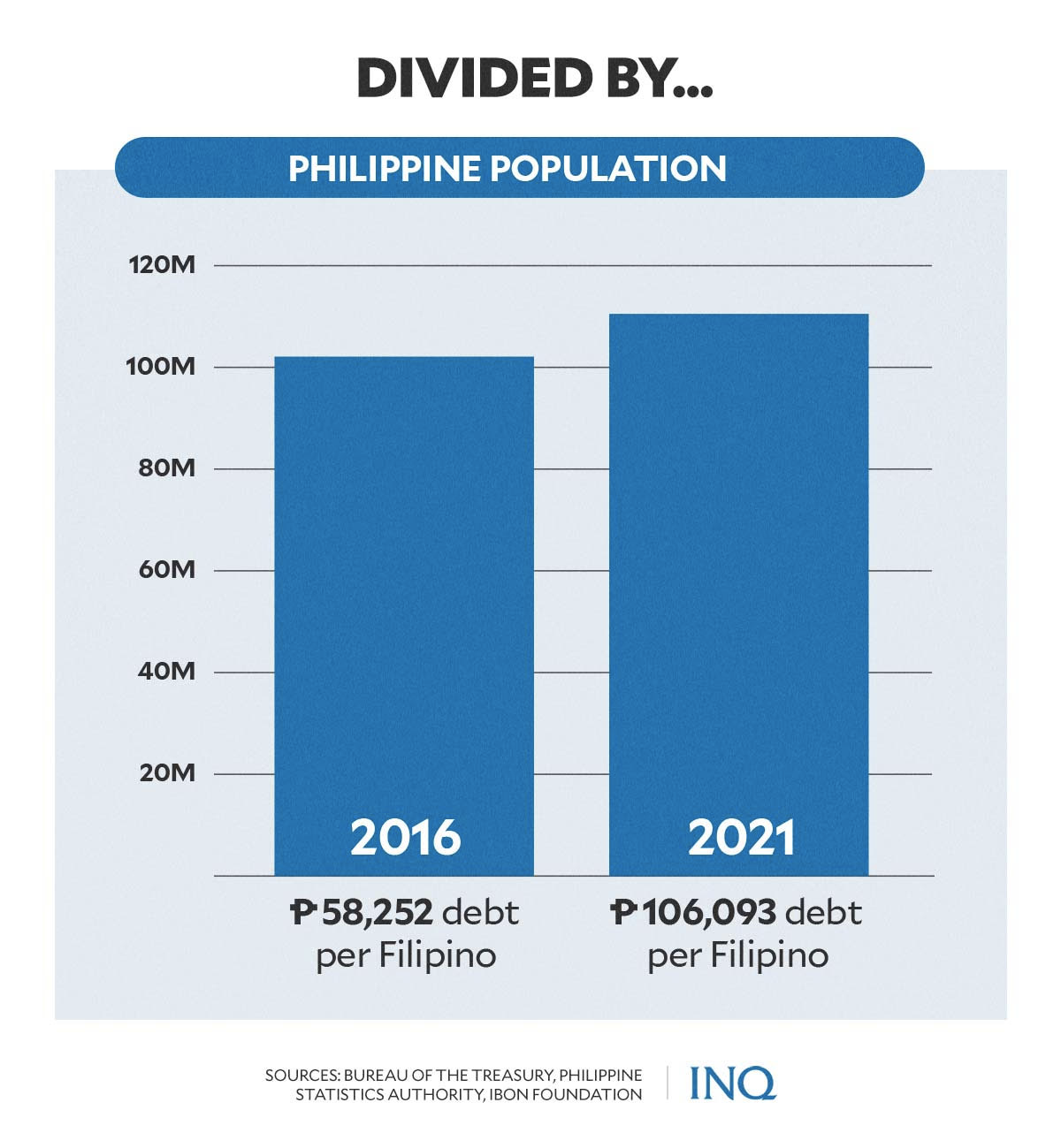 Africa said the “magnitude of debt per se should not be a problem if this was being spent in a way that stimulates rapid economic recovery and restores revenue generation.”

However, he said “gross borrowings are mainly going to debt service and filling in the revenue gap caused by the extreme lockdown-induced economic collapse.” There was P2.78 trillion in gross borrowings as of end-November.

“There was P1.2 trillion in interest payments and amortization and a revenue shortfall of perhaps around P800 billion,” Africa stressed, saying that this was computed as the difference between actual revenues in 2021 and revenues if the 10 percent revenue growth in 2019 was maintained in 2020 and 2021.

For Africa, it is concerning that with only the balance going to increased expenditures to stimulate economic growth, non-interest expenditures increased by only 10.4 percent in 2021 from 2020.

“This is the smallest increase under the Duterte administration just when a fiscal stimulus is so essential to alleviate suffering, spur economic recovery, and induce revenue generation,” he said. 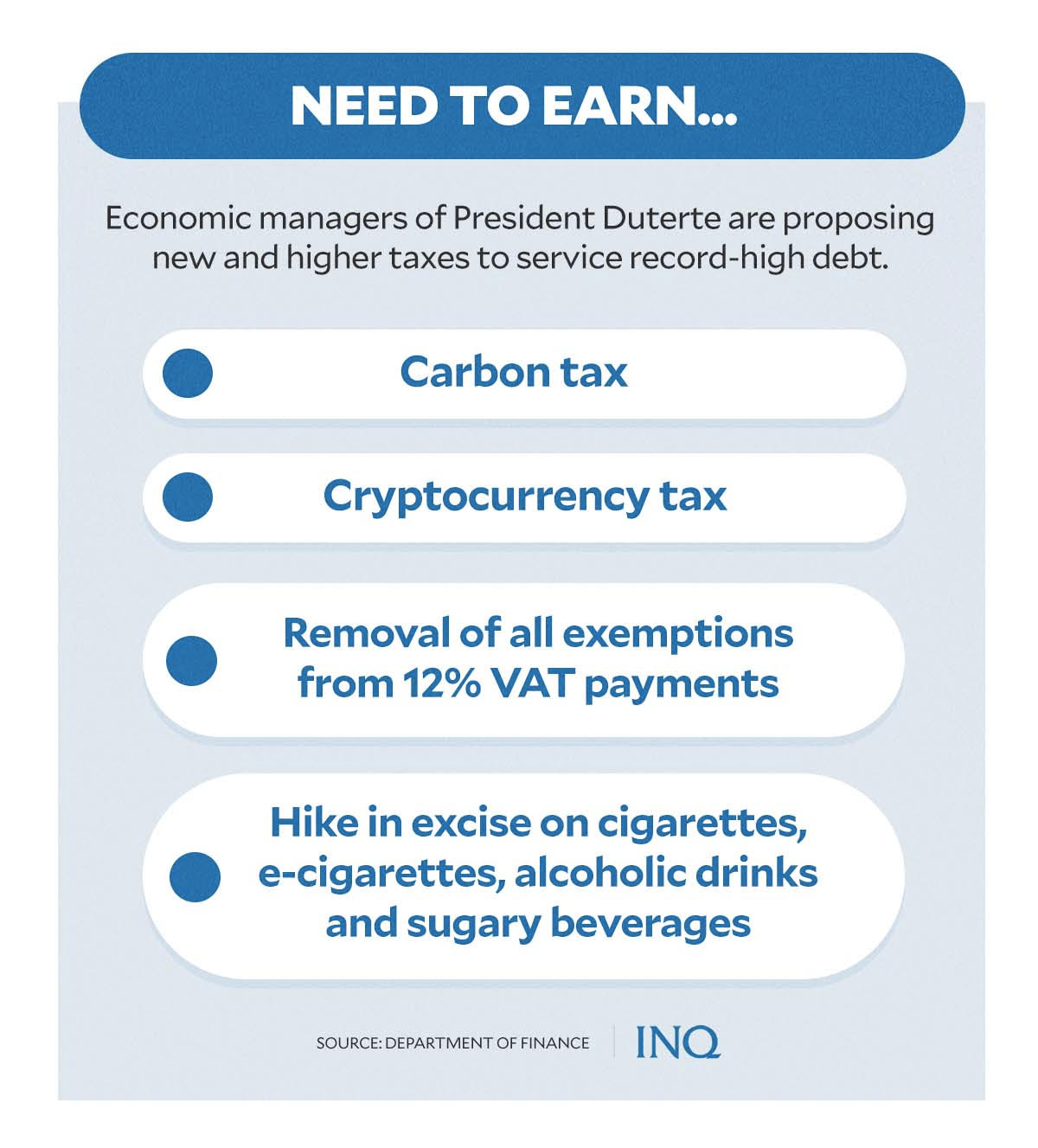 Africa stressed that poor revenue performance is also aggravated by the Corporate Recovery and Tax Incentives for Enterprises (Create) Act which lessened government revenues when these were needed the most.

He said last year that the law and even the Tax Reform for Acceleration and Inclusion (TRAIN) Act reflected a tax collection system that is skewed against the poor: “The tax policy mirrors reliance on indirect consumption taxes which burden the poor while reducing taxes for rich and big corporations.”

Ibon Foundation said its studies showed that the Create law would lead to P251 billion in foregone revenue—P133.2 billion in 2020 and P117.6 billion in 2021—which could have been spent on a stronger COVID-19 response.

He stressed that the economy would have rebounded better, revenues recovered faster, and the need for borrowing lower if there was less spending on non-productive debt service or import- and capital-intensive infrastructure and more on emergency cash assistance which would have had a much larger immediate multiplier effect.

The progressive Makabayan bloc in the House of Representatives proposed last year a bill that seeks to impose a 1 percent to 3 percent tax on individuals with net value assets exceeding P1 billion.

While Dominguez III said a wealth tax will drive out foreign capital from the Philippines, Africa said if the DOF was more sensitive and rational, it would instead impose a wealth tax.

He also said that every candidate that is serious about reducing the government’s dependence on debt and on raising revenues for social and economic services for the people should be proposing a wealth tax.

Here’s how candidates for president stand on the wealth tax and taxes which Africa said are burdening the poor:

De Guzman told ANC that he will propose a one-time wealth tax on the 500 richest individuals in the Philippines and a yearly wealth tax of one to five percent, saying that it will benefit the poor.

He also said he plans to repeal the TRAIN law, which he said was against the poor. Instead, he will encourage “progressive taxation,” saying that tax should be based on a person’s income.

Lacson hit the DOF’s proposal to hike taxes to service debts incurred by the Duterte administration, saying it was unnecessary, especially as economic policies contradict each other while revenue collection lacked firmness.

“I don’t understand them. We passed [the] Create [law] which lowers the corporate income taxes. Now, we are going to increase taxes. What do you really want to do?” he said.

Marcos Jr. was absent in the CNN Philippines debate but he earlier proposed the suspension of oil excise collection and amendments to the Oil Deregulation law.

Moreno said since the Philippines is “reliant on imports,” there should be a 50 percent tax cut on fuel and electricity: “When there’s a crisis, the government should give way to ease the hardships of the people.”

He stressed that when the cost of fuel and electricity rises, the consequences are higher transportation and food costs. He said this will certainly hit consumers.

Pacquiao said there’s a need to generate more revenue instead of imposing taxes. He earlier said: “The more we impose taxes, the heavier [it is] for the people. You’re choking the people because of so many taxes.”

“We have to improve our revenue-generating income. That is our real problem. This has always been neglected for decades now. We have always focused ourselves on the expenditure side,” he said.

Robredo earlier asked the government to suspend excise on fuel products as the high cost of oil threatened consumers. She said she has been proposing this since 2018.

She recently said that while she is open to imposing higher taxes on the richest individuals in the Philippines, “I don’t think that should only be the solution that would be given.”

Africa said if the DOF will take itself in the direction it took in the past, the DOF is most likely thinking of higher consumption taxes––taxes which he said will only dampen consumption spending even more.

“Likewise, it is not fair because the poorest 18 million families whose incomes collapsed because of the lockdowns and who don’t have any savings to fall back on will be consuming even less than they already are now,” he said.