US to impose sanctions on more Russian oligarchs 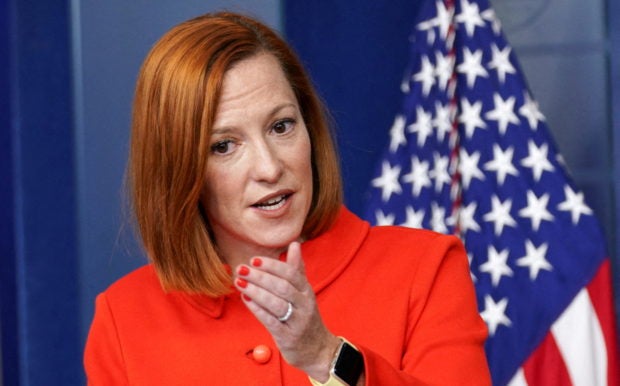 WASHINGTON — The United States on Thursday will impose sanctions on an array of Russian oligarchs and the Kremlin spokesman, the White House said, as Washington takes aim at those close to Russian President Vladimir Putin in response to Moscow’s invasion of Ukraine.

The United States imposed full blocking sanctions on several oligarchs and officials, as well as some of their companies, the White House said. Those designated include Russian tycoon Alisher Usmanov, the founder of Russian mining company Metalloinvest, and Kremlin spokesman Dmitry Peskov.

The United States will also impose visa restrictions on 19 Russian oligarchs, their family members, and associates, the White House said in a statement, and will also issue sanctions against Russian entities and individuals who enable the country’s spread of disinformation.

Washington has so far imposed several rounds of sanctions, including against Putin and the central bank, after Russia’s forces invaded Ukraine in the biggest assault on a European state since World War Two. Moscow calls the assault a “special operation.”

The measures have included sanctions against what the U.S. Treasury Department said were Russian “elites,” including some with ties to Sberbank, VTB, Rosneft, and the Federal Security Service (FSB).

Washington has repeatedly warned that it is prepared to take further measures to hold Moscow to account over its invasion of Ukraine.

In his State of the Union address on Tuesday night, U.S. President Joe Biden said the United States would work to seize the yachts, luxury apartments, and private jets of wealthy Russians with ties to Putin.

“We are coming for your ill-begotten gains,” Biden said.

The United States and its allies last week announced they would launch a task force to identify and freeze the assets of sanctioned Russian companies and oligarchs.

US, UK, Europe, Canada to block Russian access to SWIFT