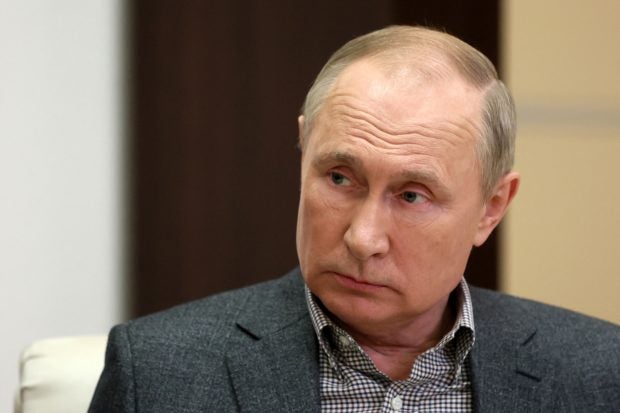 MOSCOW, Russia  – Russian President Vladimir Putin on Friday called on the Ukrainian army to overthrow the government whose leaders he described as “terrorists” and “a gang of drug addicts and neo-Nazis”.

In a televised address, he urged the Ukrainian military to “take power in your own hands”.

“It seems like it will be easier for us to agree with you than this gang of drug addicts and neo-Nazis,” he said, referring to the leadership in Kyiv under President Volodymyr Zelensky, who is Jewish.

Putin, who on Thursday ordered Russian troops to invade Ukraine, claimed that Ukrainian “nationalists” were preparing to deploy multiple rocket launchers to residential areas of Ukrainian cities, including Kyiv and the northeastern city of Kharkiv.

Ukraine’s leadership are “acting like terrorists all over the world: they are hiding behind people in the hope of then blaming Russia for civilian casualties”.

“It is known for a fact that this is happening on the recommendation of foreign consultants, primarily American advisers,” Putin said.

Separately, Putin’s spokesman Dmitry Peskov said of the alleged deployment: “We consider the situation to be extremely dangerous.”

Putin and top Russian officials have said Moscow’s troops are only targeting ultra-nationalists in Ukraine.

Putin also praised Russian troops saying they were acting in a “courageous and professional manner”.

“They are successfully solving the most important task of ensuring the security of our people and our Fatherland,” Putin said.

On a conference call to reporters, Peskov accused the Ukrainian authorities of refusing to hold talks with Russians in Belarus, as was previously suggested by Moscow.

“After a brief pause Ukrainians said they now want to go to Warsaw,” Peskov said. “And now they have gone incommunicado.”