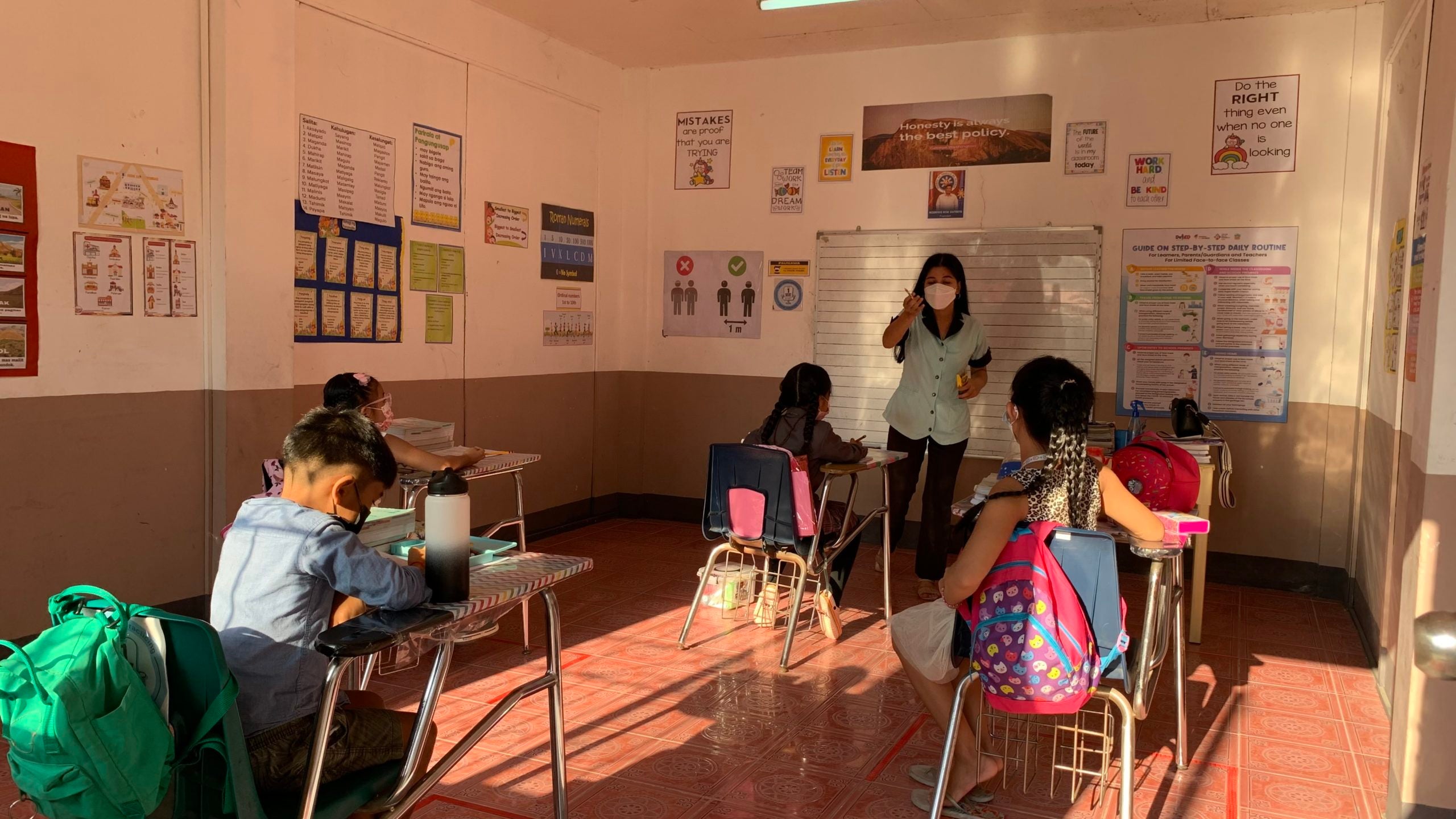 Education officials in the Bicol region and Davao City have allowed the resumption of in-person classes in more schools as the COVID-19 risk classification in these areas has been lowered to alert level 1.

In Bicol, the Department of Education (DepEd) in the region allowed more than 1,000 public and private schools to implement the limited in-person sessions beginning this month.

Gilbert Sadsad, DepEd Bicol director, said the Regional Management Committee had given the green light for 986 public schools and 43 private schools to implement the gradual expansion of limited in-person classes in the region.

Sadsad, in a statement on Tuesday, said these schools passed the safety assessment test and had complied with the guidelines set by the DepEd central office.

Although no date has been specified for the resumption of classes in the region, some teachers have started conducting dry runs, and orientation and meetings with parents and local governments to discuss issues related to physical and distance learning.

The expansion schools would hold three to four classes with only 12 students on a given day while the other students would continue with their blended learning modules.

According to the DepEd, Camarines Sur has the largest number of participating public schools for the expansion with 366. It is followed by Camarines Norte with 258 schools, Masbate (156), Catanduanes (87), Sorsogon (44), Sorsogon City (39), Ligao City (15), Masbate City (11), Albay (4) and Naga City (3).In Davao City, the local government has allowed the holding of in-person classes in all school levels as the city shifts to alert level 1.

The city government, through Executive Order No. 9, which Mayor Sara Duterte signed on March 2, allowed in-person classes but “strict implementation of minimum public health standards must still be observed.”

Duterte also said that the holding of classes must be compliant with the guidelines from the DepEd, the Commission on Higher Education, and other concerned agencies.

Another reason that prompted the city government to allow physical classes to resume was the continued reduction in daily number of COVID-19 cases.

“There is a need to bolster the reopening of schools for [in-person] classes to ensure continuity of academic instruction as we transition to the new normal,” the order read. —REPORTS FROM MAR S. ARGUELLES AND CARMELITO Q. FRANCISCO