Aika Robredo: Supporters of other candidates are not enemies 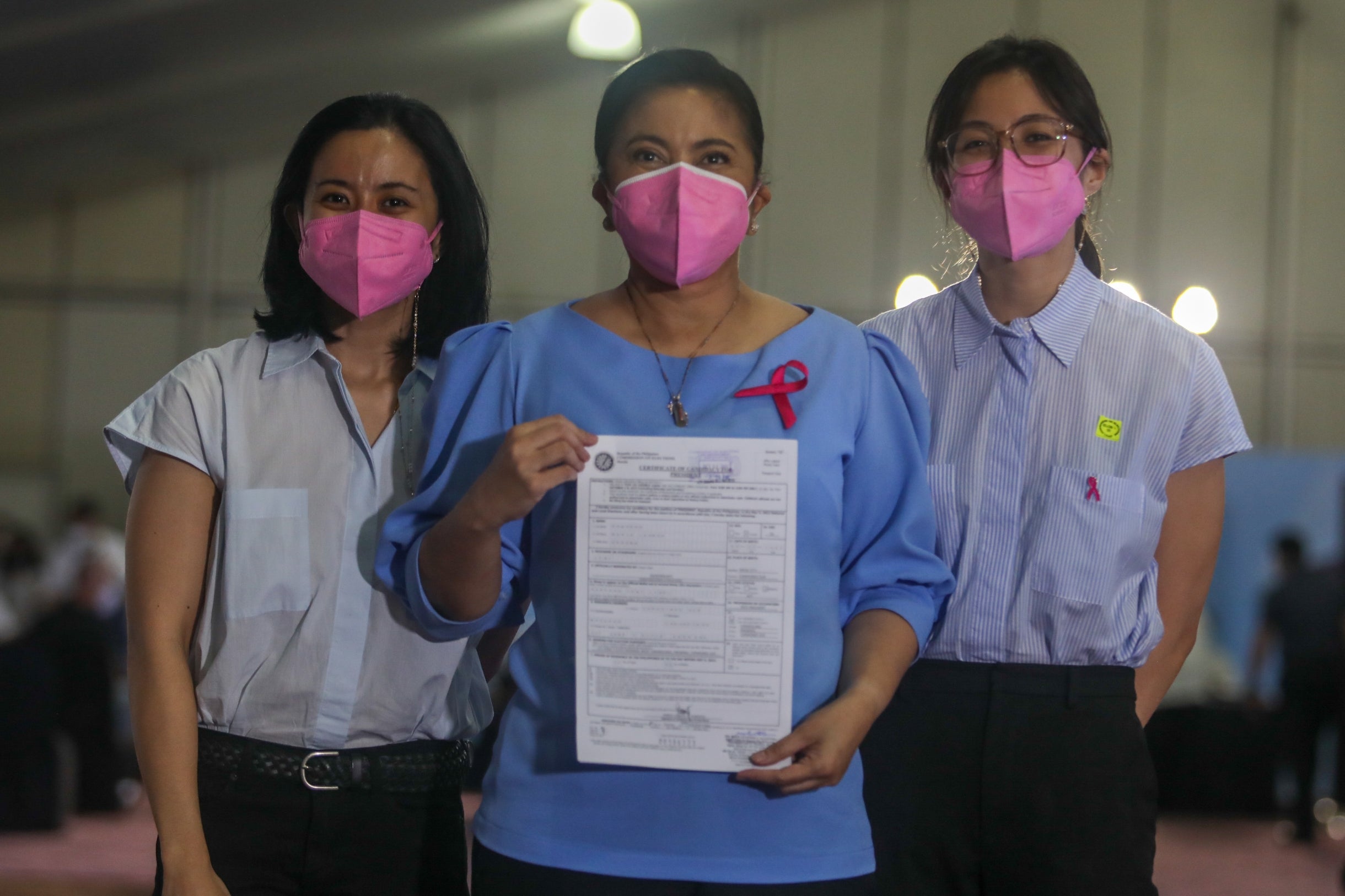 (FILE) Vice President Leni Robredo, accompanied by her daughters Aika and Tricia Robredo, personally filed on Thursday, Oct. 7, 2021, her certificate of candidacy for president in the 2022 national elections. (Photo by OVP)

MANILA, Philippines — Vice President Leni Robredo’s eldest daughter Aika Robredo reminded her mother’s supporters that those who are supporting other candidates for the presidency should not be treated as enemies.

In a virtual forum hosted by 1Sambayan, Aika was asked to talk about the presidential candidacy of her mother.

In her closing statement, Aika pleaded to her mothers’s supporters to be more understanding of people who are supporting other presidentiables.

Aika also called for open-mindedness amid observations that Robredo’s supporters are becoming extremely critical of those who are supporting former senator Ferdinand “Bongbong” Marcos.

Aika said that based on their experience during her mother’s campaign sorties — it is easier to convince people if those who are campaigning for her mother are also willing to listen.

Aika and her sisters Tricia, and Jillian, have accompanied their mother several times during the first month of the official campaign period.  When the Vice President kicked off her campaign in Camarines Sur and other parts of the Bicol region, her three daughters were with her.

Aika, Tricia, and Jillian were also present at Robredo’s grand rally in Iloilo City that attracted the biggest crowd of supporters so far.

However, Aika said there were also times during the campaign that they cross areas that are not supportive of the Vice President.

The Vice President earlier called on her supporters to be calm, especially in dealing with people who are supporting other candidates.

READ: Robredo to supporters: ‘Pink’ must also be experienced, help others

Robredo even issued a stern warning to her supporters who threatened to boycott an Iloilo-based restaurant that accommodated former senator Marcos during his visit to the area.

According to Robredo, it is more important to show love for fellow Filipinos despite differences in political views.