“Our dear constituents in Maguing, Lanao del Sur have been troubled (by the) military airstrikes and most recently, the firefight that involved members of the military and forces of the Moro Islamic Liberation Front,” said Ebrahim in a statement. “As of this writing, the incident has claimed lives and has forced some of our constituents to flee their homes and find shelters in nearby areas,” he added. 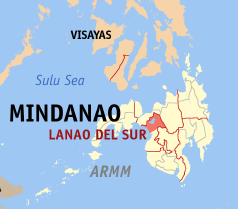 Ebrahim’s statement came after the military launched bomb runs on Tuesday to support the ground infantry offensive against what the military claimed were 60 Daulah Islamiyah members under Abu Zacharia in the village of Ilalag, Maguing town. Military officials have accused the local IS leader, also known as Jer Mimbantas, of leading attacks against government positions in Lanao towns.

The Daulah Islamiyah is the local name of the Islamic State, whose membership comprises fighters from several Filipino militant factions, including the Maute Group fighting out of Lanao.

But Ebrahim said the encounter that happened was between their forces and the military.

“We are now closely working with our partners from the local government, the security forces, and ministers on the ground to assist our internally displaced communities and assure that they get home safely as soon as possible,” Ebrahim said.