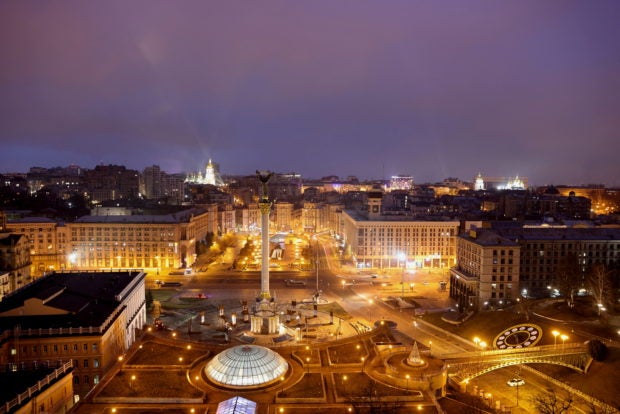 Here’s what you need to know about the Ukraine crisis right now:

* Russia has attacked Ukrainian oil and gas facilities, officials said on Sunday, sparking huge explosions. A blast was heard after an air raid siren in the capital Kyiv, where President Volodymyr Zelenskiy said Ukrainian forces were resisting a Russian advance.

* Zelenskiy said the night had been brutal, with shelling of civilian infrastructure and attacks on everything, including ambulances.

* Ukrainian forces battled Russian troops on the streets of Ukraine’s northeastern city of Kharkiv on Sunday, the regional governor said.

* The Kremlin sent a diplomatic delegation to Belarus, which it said was awaiting talks with Ukrainian officials. Ukraine quickly rejected the offer, saying Belarus had been complicit in the invasion.

* Western allies announced sweeping sanctions against Russia, including barring some key banks from the SWIFT payments system. The move will inflict a crippling economic blow to Moscow but also hurt Western companies and banks.

* Turkey called Russia’s invasion of Ukraine a “war” on Sunday in a rhetorical shift that could pave the way for the NATO member nation to enact an international pact limiting Russian naval passage to the Black Sea.

* At least 198 Ukrainians, including three children, have been killed in Russia’s invasion, the head of Ukraine’s Health Ministry was quoted as saying. A United Nations relief agency said its estimates showed at least 64 civilians had been killed among 240 civilian casualties, but that the real numbers were likely “considerably higher”.

* Russian forces blew up a natural gas pipeline in Kharkiv, while Russian-backed separatists said Ukraine had blown up an oil terminal in the breakaway Luhansk province.

* Kremlin-controlled energy giant Gazprom said on Sunday that Russian gas exports via Ukraine to Europe continued normally, in line with requests from customers.

* Refugees continued to pour across Ukraine’s western borders, with around 100,000 reaching Poland in two days.

* A Ukrainian road-maintenance company said it was removing all road signs to hinder invading Russian forces: “Let us help them get straight to hell.”

* In a sea of blue and yellow flags and banners, protesters around the world expressed support for the people of Ukraine and called on governments to do more to help Kyiv, punish Russia and avoid a broader conflict.

* Finland is preparing to close its airspace to Russian air traffic. Australia’s Qantas Airways Ltd is opting to use an alternative flight path between Darwin and London that avoids Russian airspace after the invasion of Ukraine, while Wizz Air has temporarily suspended all flights to and from Russia.

– “This is terror. They are going to bomb our Ukrainian cities even more, they are going to kill our children even more subtly. This is the evil that has come to our land and must be destroyed,” Zelenskiy said on a short video message.

– “We will hold Russia to account and collectively ensure that this war is a strategic failure for Putin,” the leaders of the European Commission, France, Germany, Italy, Britain, Canada and the United States wrote.