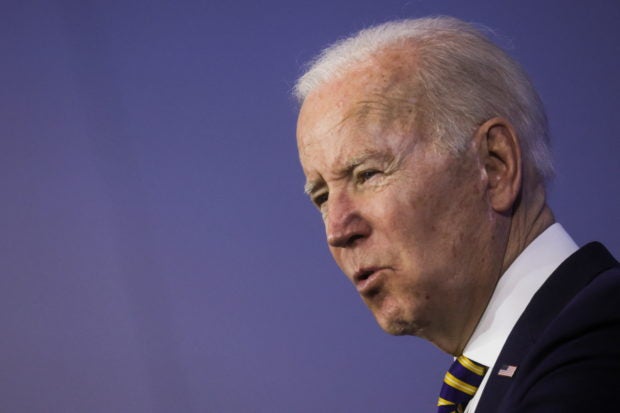 WASHINGTON — US President Joe Biden on Wednesday said the “world will hold Russia accountable” over a military onslaught against Ukraine that he warned will cause “catastrophic loss of life.”

In a statement issued shortly after Russian President Vladimir Putin announced the start of military operations in Ukraine, Biden said he would address the US public Thursday to outline the “consequences” for Russia, calling the attack “unprovoked and unjustified.”

The US president was due to join a virtual, closed-door meeting of G7 leaders — Britain, Canada, France, Germany, Italy, Japan and the United States — at 9:00 am (1400 GMT) Thursday. The White House said his remarks to the nation would come in the early afternoon in Washington.

The G7 meeting is likely to result in more sanctions against Russia, which has long claimed it would not invade Ukraine, despite putting a huge force of tens of thousands of soldiers and heavy weaponry on the country’s borders, while insisting that the Ukrainian government abandon its pro-Western ambitions.

Putin’s speech delivered in the early hours of Thursday announced a “special military operation.” Shortly after, explosions were reported across Ukraine, including in the capital Kyiv.

On Tuesday, the US government joined European allies in imposing sanctions on two Russian banks, Moscow’s sovereign debt, several oligarchs and other measures.

And on Wednesday, Biden announced he was imposing sanctions on the Nord Stream 2 natural gas pipeline from Russia to Germany — one of energy-rich Moscow’s highest-profile energy and geopolitical projects. Germany had earlier announced it would block the pipeline from opening for deliveries.

US officials have repeatedly warned that any escalation by Russia in Ukraine — which has now occurred — will be met with even tougher sanctions, targeting bigger banks, more oligarchs and a halt to exports of high-tech equipment.

A White House spokesman said “President Biden will deliver remarks announcing the further consequences the United States and our allies and partners will impose on Russia.”

– ‘Death and destruction’ –
In reactions soon after the Russian attacks began, US senators from both parties indicated support for a tough response.

“Tonight, the entire post-World War international order sits on a knife edge. If Putin does not pay a devastating price for this transgression, then our own security will soon be at risk,” Democratic Senator Chris Murphy said.

Another Democrat, Senator Mark Warner, said “President Biden has already imposed an initial tranche of sanctions, and it is now time for us to up the pain level for the Russian government.”

Russians “will pay a steep cost for Putin’s reckless ambition, in blood and in economic harm,” he said.

Republican Senator Mitt Romney warned against “the peril of again looking away from Putin’s tyranny” and urging “the harshest economic penalties” and “expelling them from global institutions.”

In his statement, Biden said “the prayers of the entire world are with the people of Ukraine tonight as they suffer an unprovoked and unjustified attack by Russian military forces. President Putin has chosen a premeditated war that will bring a catastrophic loss of life and human suffering.”

“Russia alone is responsible for the death and destruction this attack will bring, and the United States and its allies and partners will respond in a united and decisive way. The world will hold Russia accountable,” Biden said.