Bro. Eddie says JIL yet to endorse presidential bet: Candidate must be God-fearing 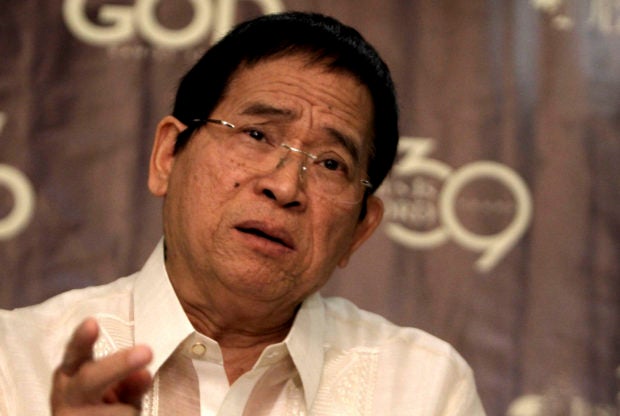 MANILA, Philippines — Contrary to his previous statement, Jesus is Lord (JIL) founder Eduardo “Bro. Eddie” Villanueva said Thursday that endorsing a presidential bet remains a possibility although they are still in the process of studying the platforms of candidates.

Villanueva said the JIL is still studying who among the applicants for the highest government post has the closest “God-fearing public service principle” to their church.

(We are checking who among the candidates has the closest principle to the Jesus is Lord Movement which is God-fearing public service. We know that if a leader has no genuine fear of God, it’s hard for them to have wisdom.)

Villanueva said that when a government official is God-fearing, he/she would be afraid to commit corruption.

(We know in history that the friends of the president become instant multi-millionaires and instant billionaires.)

Villanueva’s latest remarks are different from his earlier statement that the JIL will not be endorsing any presidential bet in the May 9 polls, saying he does not want to be “irresponsible” in backing candidates.

He also pointed out that most of the contenders are friends of his son, reelectionist Senator Joel Villanueva.

Pacquiao to appoint Bro. Eddie as corruption czar if he becomes president