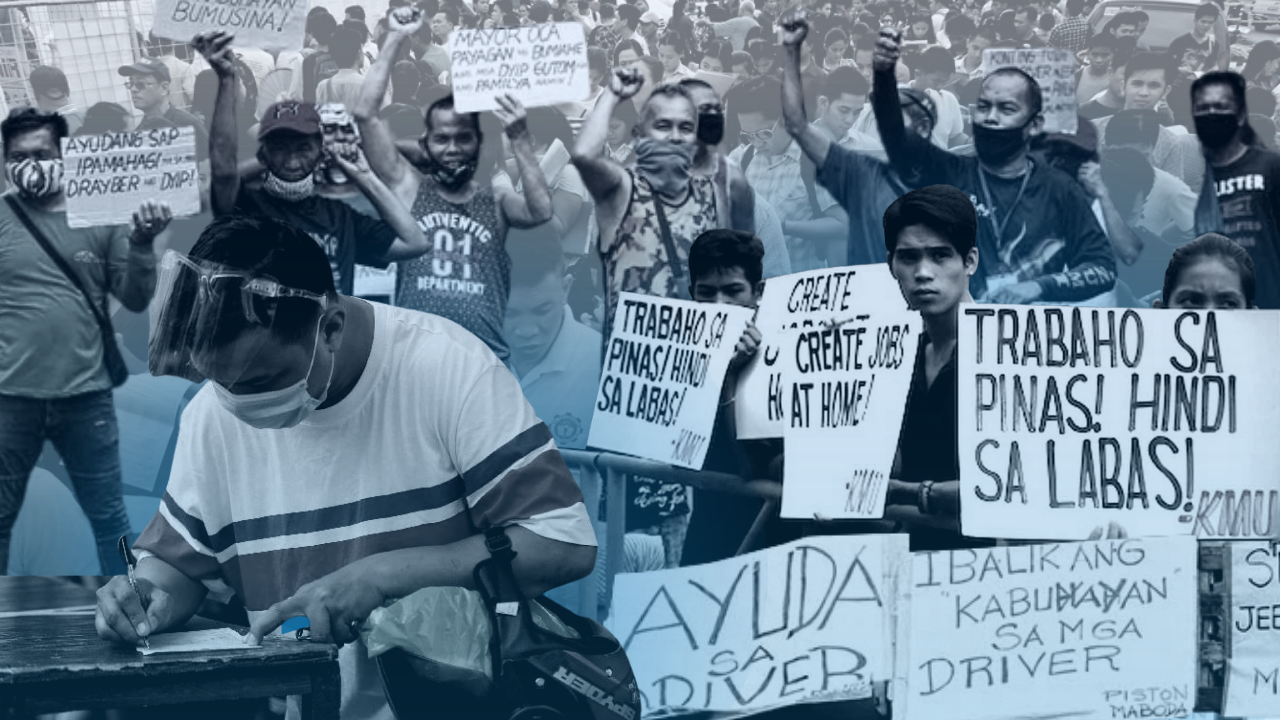 While economic managers of the Duterte administration point to a rosy picture of the economy once COVID restrictions are removed, another view was shared by the local think tank Ibon Foundation.

Rosario Guzman, the think tank’s head researcher, said “the working people are making do with whatever sources of livelihood are available.”

Last Feb. 10, the government said the net employment creation in December 2021 “signals that the economy is on the right track to recovery.”

The National Economic and Development Authority (Neda) said “we were able to generate more and better jobs for the people.”

But Ibon said a closer look would show that most jobs were part-time, low-paying and without security of tenure. “Filipinos are only making do and their lives aren’t better off,” said Guzman. 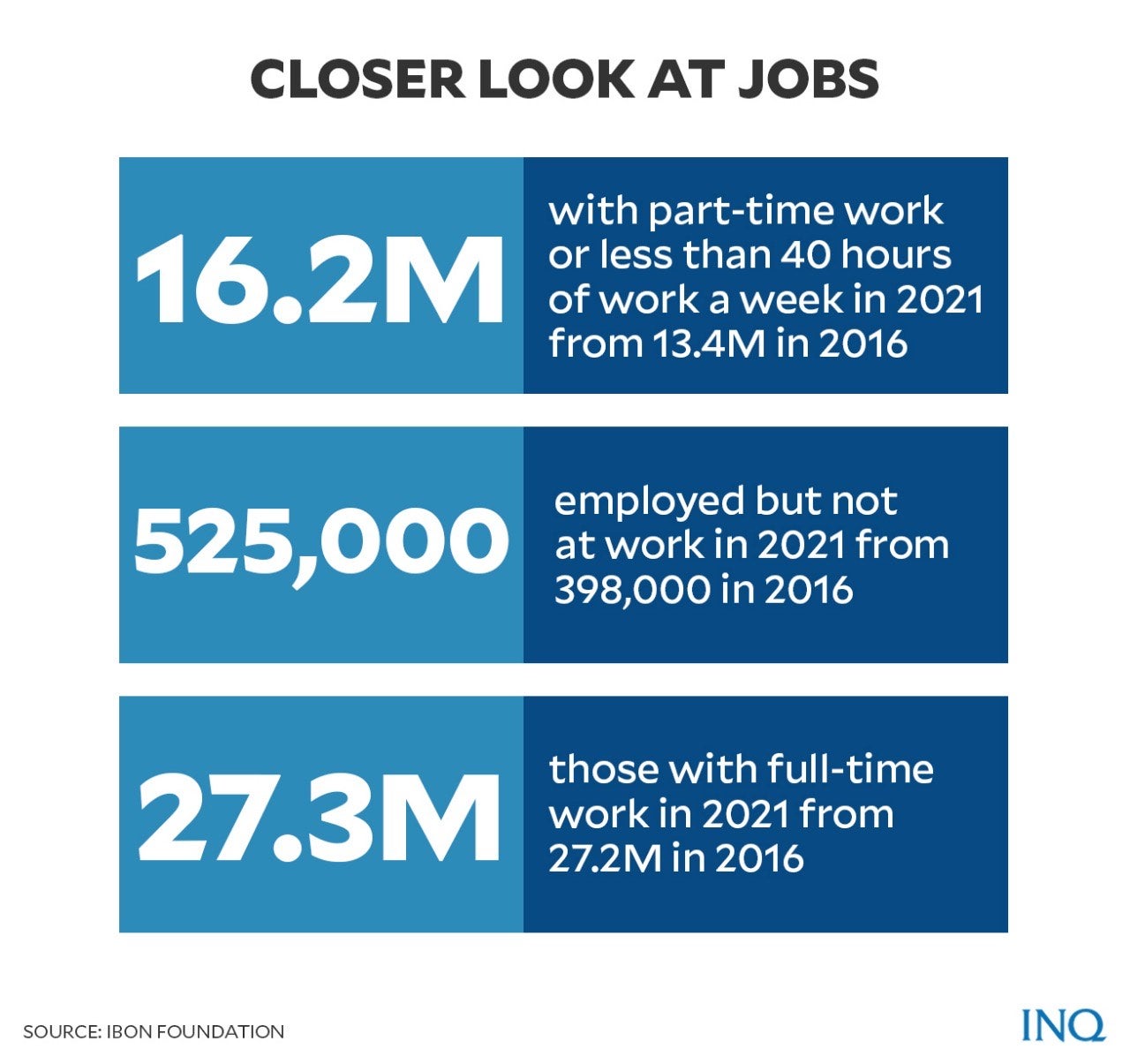 In 2020, the year COVID-19 hit, the average monthly wage rate for time-rated workers fell from P18,108 to P16,486. With the economic standstill, the drop could even be higher for part-time and informal workers.

Ibon said based on the Philippine Statistics Authority’s (PSA) Labor Force Survey and List of Establishments 2021, there are 44 million employed workers in 2021:

Guzman told INQUIRER.net that the employment crisis has been observed even before COVID-19 hit as the economy “leans towards being service–oriented than producing new products for domestic needs”.

Ibon said the PSA officially reported that there were 3.7 million jobless Filipinos in 2021, but the number could even be higher, estimated at 6.2 million.

The think tank explained that this was because of 2.5 million jobless workforce participants not being counted and listed in official statistics between 2016 and 2020. 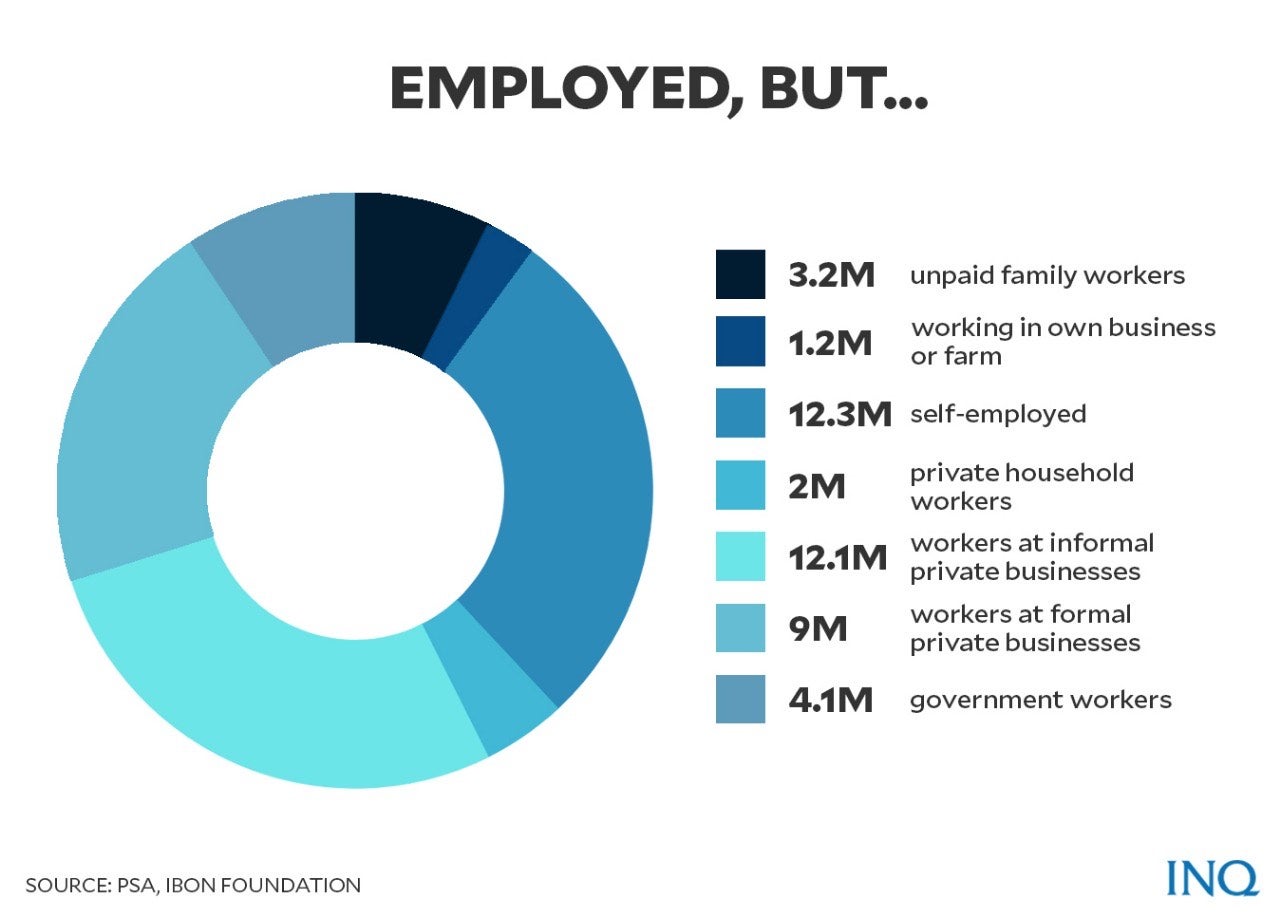 The Ibon Yearstarter 2022 stressed that the crisis of joblessness has been painted over by the change in definition of unemployment, which led to the disappearance from government data of millions of unemployed Filipinos.

Employment was given a liberal definition that involves immense and rising amounts of “informal and irregular pseudo-work,” Ibon said last Feb. 5.

The think tank said while President Rodrigo Duterte’s administration saw record highs in joblessness, millions of Filipinos, counted by the government as employed, are just making do with part-time work or with irregular, informal or self-employment: 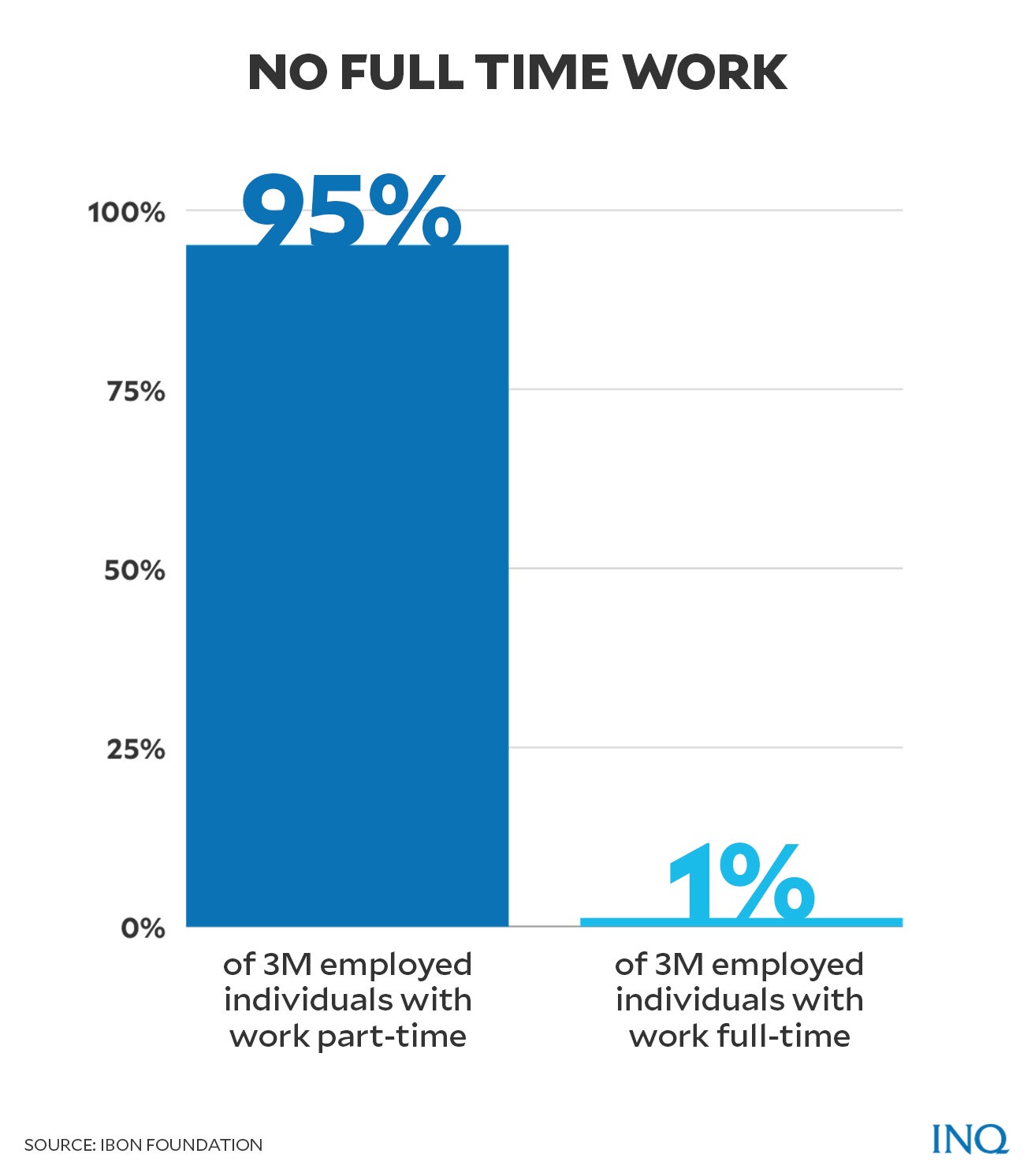 Ibon said while there was an increase in wage and salary workers, it isn’t clear how many of them have regular and full-time work: “The number of self-employed also increased, especially after the long lockdowns.”

Most are part-time workers

Ibon also calculated that an “overwhelming” 95 percent of three million individuals considered as employed by the government have only part-time jobs. “Barely one percent is in full-time work,” it said.

Guzman said when the economy leans toward being service-oriented, it fails to create regular and meaningful employment for Filipinos who are still reeling from the economic and social devastation caused by the COVID-19 crisis. 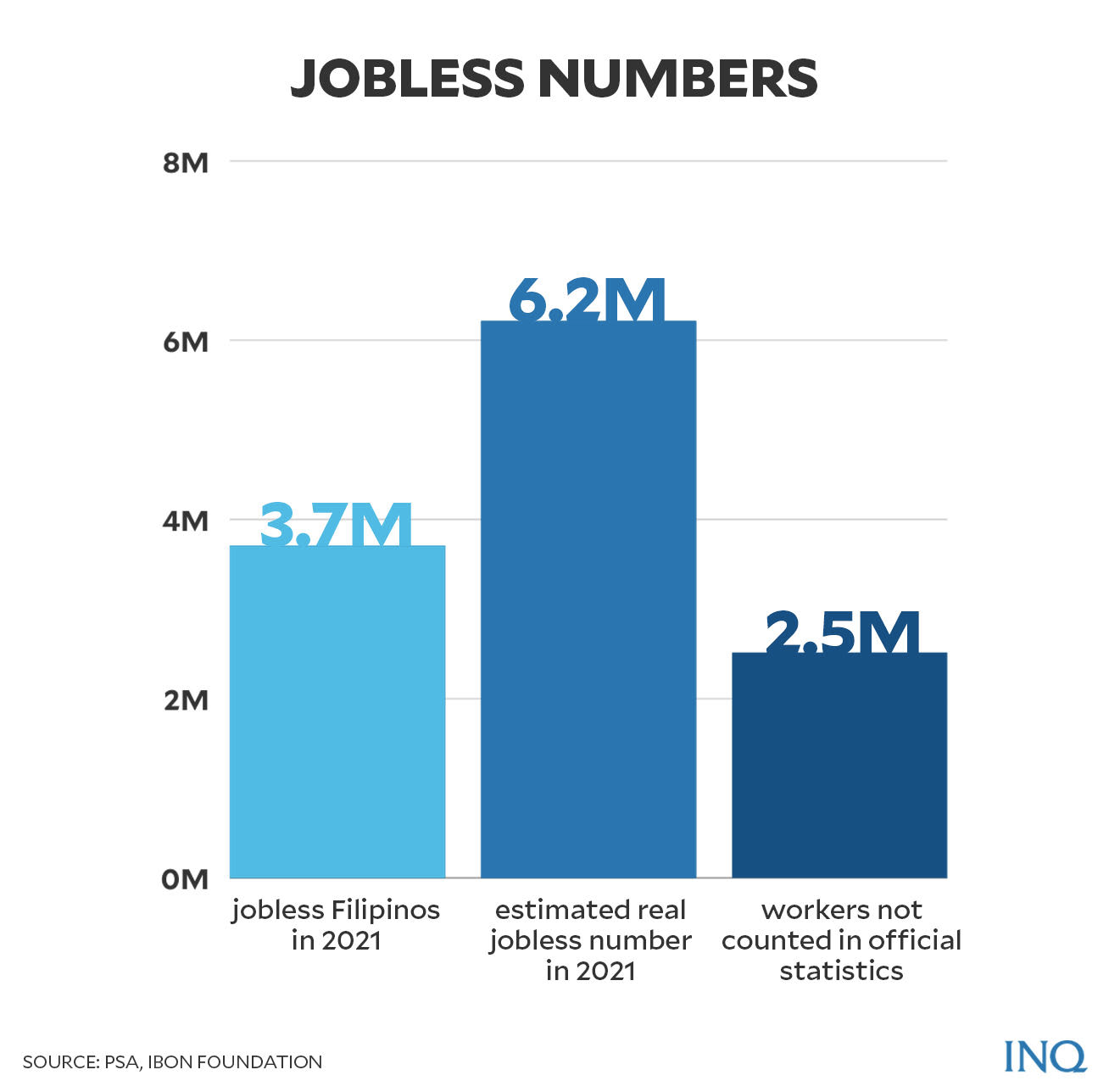 Sonny Africa, executive director of Ibon, said when the Philippines lacks decent-paying work, family incomes and earnings will remain low and will even repress aggregate demand and constrain economic recovery.

READ: Jobs for Filipinos: Dark past and present, uncertain future

The think tank said at least seven million workers are “underemployed” in 2021.

“The lockdown-caused economic scarring has only highlighted this jobs crisis and the shallowness of ‘economic growth’ as government hypes,” Guzman said.

She said “inversely, if economic rebound is simply reliant on unrepentant economic policies that prioritize non-production sectors, it will only increase the creation of odd jobs.”

There are 169,000 mining or quarrying workers in 2021, 4.3 million are construction workers, 3.5 million are manufacturing workers, while 10.7 are agricultural, fishing and forestry workers. 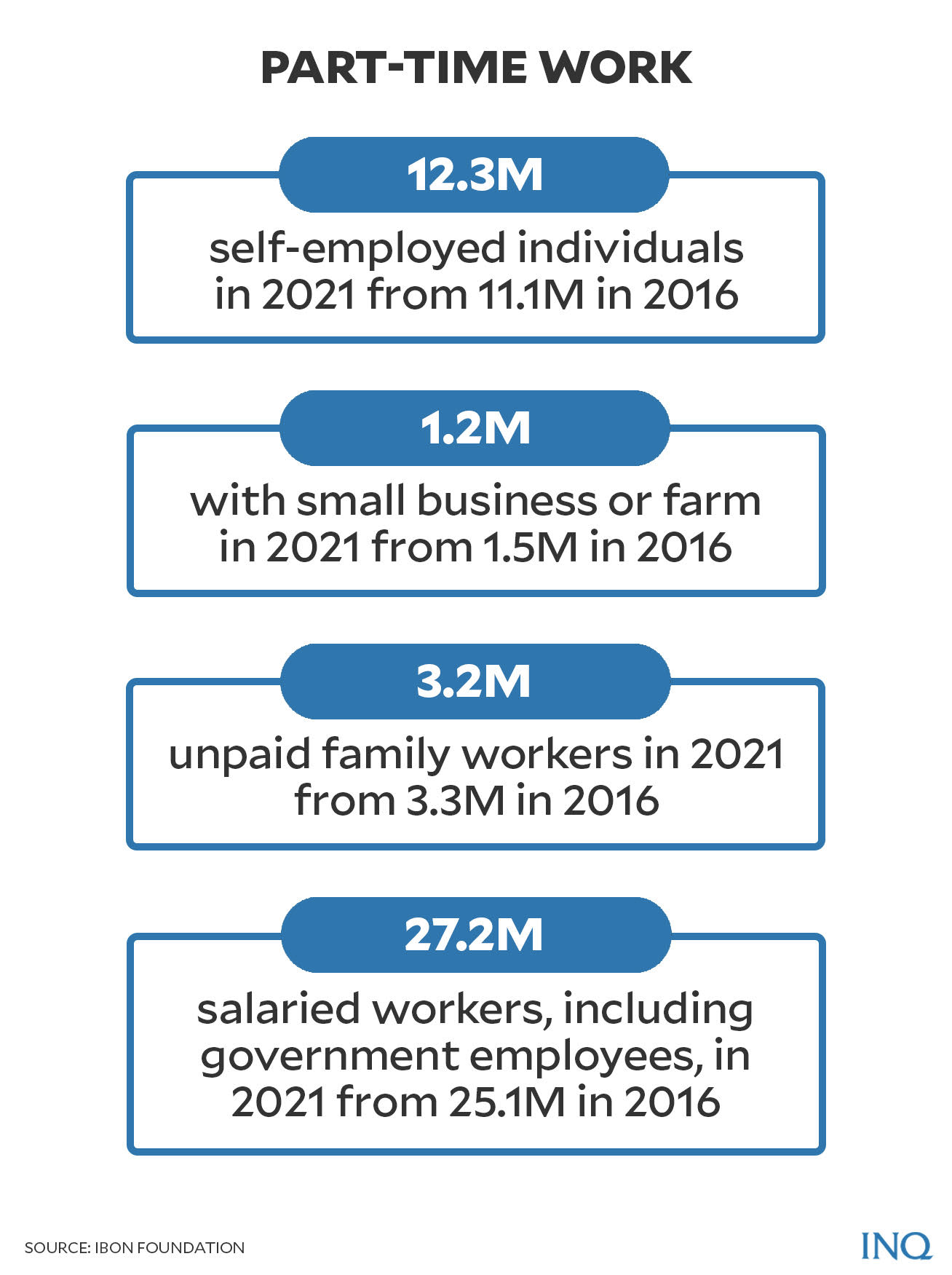 Ibon said there are 3.5 million public utilities workers, like workers in electricity, gas and water, transport and storage, and information and communications. There are 21.9 million service workers. 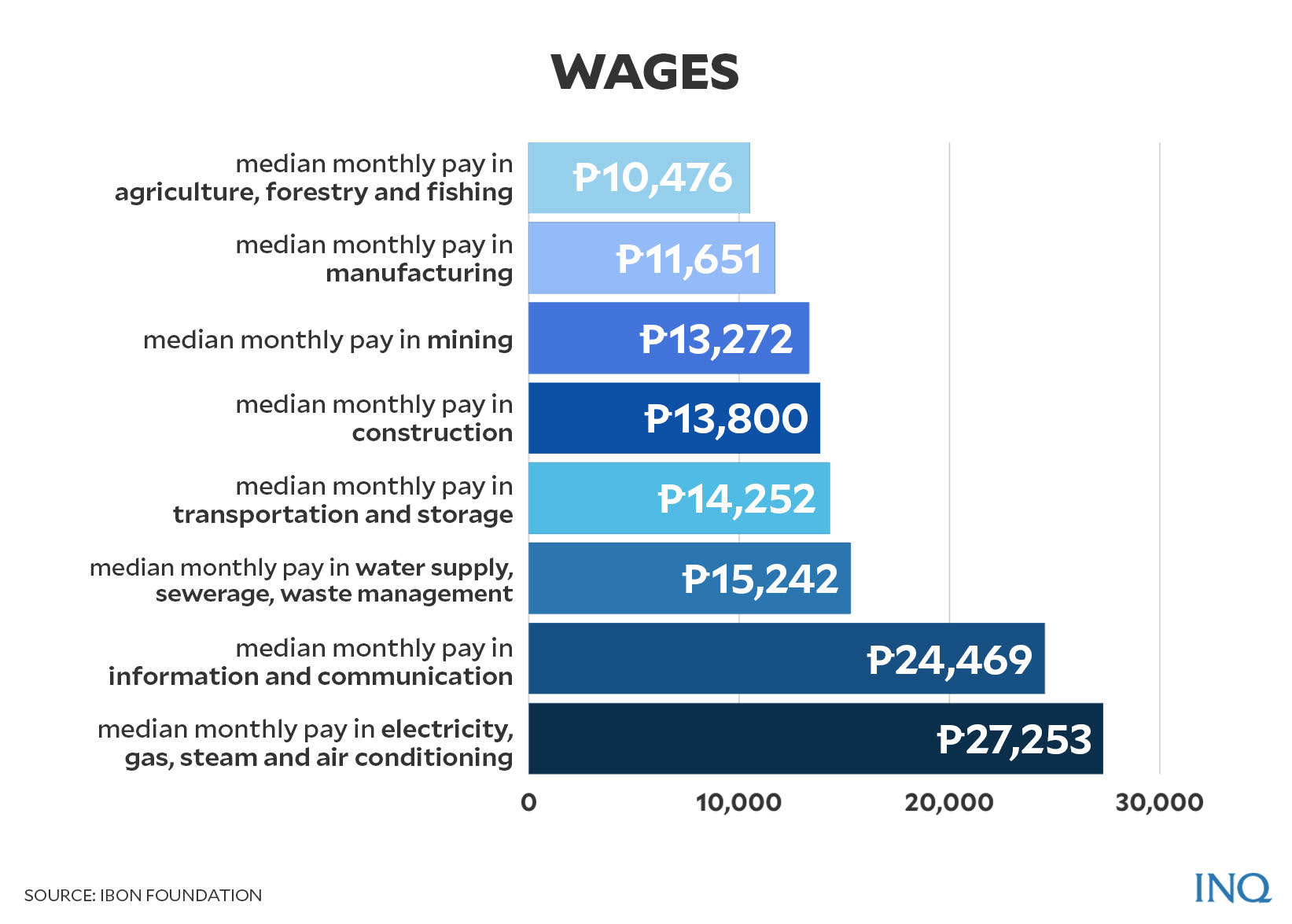 Most of these, however, have the lowest basic pay––agriculture, fishing and forestry, manufacturing, mining and quarrying, construction––the PSA said last Feb. 9.

Africa told INQUIRER.net that the government has to spur household spending and aggregate demand through substantial cash transfers.

“This can be paid for by realigning spending from budget items with weaker multiplier effects, such as capital- and import-intensive infrastructure, or by a billionaire tax that more directly mobilizes accumulated financial resources in the hands of a few,” he said.

Africa stressed: “Household cash transfers should be accompanied by real and substantial support for small and informal enterprises to ensure a supply response and generate a wider multiplier effect.”

NEDA said “we vigorously pursue the implementation of the Economic Development Cluster 10-point policy. This will set the stage for our full recovery in 2022.”

A year in crisis: A review of 2021’s biggest events