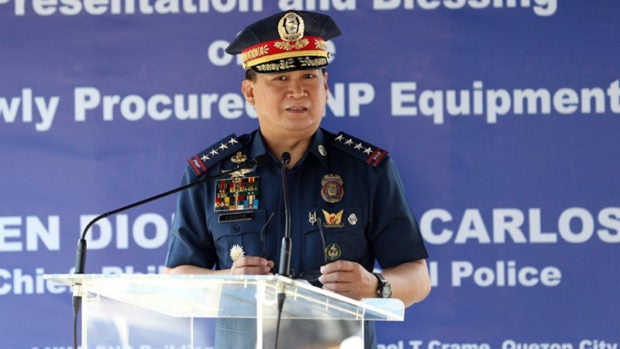 MANILA, Philippines — Philippine National Police (PNP) chief Dionardo Carlos on Tuesday confirmed that the helicopter that crashed in Quezon province was on its way to Balesin Island to fetch him after spending some “private time” at the famous tropical island paradise.

Carlos said he regrets that the accident happened. He assured the public that a thorough investigation of the incident is underway.

“I regret that the accident happened and never wish harm to my personnel nor losses to the organization,” said Carlos in a statement.

“Rest assured that a thorough investigation is being undertaken,” he added.

According to Carlos, he traveled to Balesin Island – an exclusive, members-only, world-class recreational destination off the east coast of the Philippines – for private time on Sunday afternoon and was scheduled to return to Manila on Monday via private transport.

“However, I was informed that due to unforeseen circumstances, said private transport would only be available in the evening of Monday,” he explained.

Because of this, Carlos said he requested an “admin flight” so he could return to the PNP headquarters in Camp Crame, Quezon City, on Monday morning.

“The flight directive was allowed and issued following PNP rules and regulations,” he said.

But the PNP helicopter – an H125 Airbus – that was assigned to fetch Carlos on Monday morning crashed in the vicinity of Purok (zone) Mayaog in the mountain village of Pandan in Real town, according to the initial report.

Investigators have yet to determine the cause of the crash.

Meanwhile, Interior Secretary and National Police Commission chairperson Eduardo Año assured in a separate statement to reporters that Carlos’ supposed trip was legal even if it was for a personal function.

“He’s the CPNP (chief PNP) and as the CPNP attending to official functions, it is just rightful for him to use the PNP chopper,” Año told reporters.

(You cannot separate private time from an official time. As CPNP, it’s included in his privileges as head of the organization.)

Eleazar condoles with kin of cop who died in chopper crash