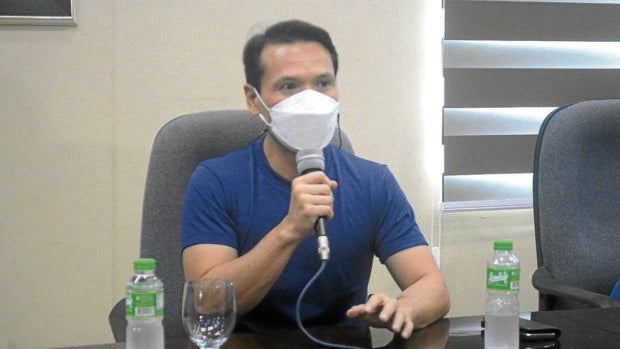 CEBU CITY, Cebu, Philippines — The Sandiganbayan has affirmed its conviction of former Tourism Secretary Ace Durano and five others in a graft case that involved the department’s 2009 wall calendar project worth P2.7 million that allegedly failed to undergo public bidding.

Durano and the other accused were sentenced to six to 10 years in prison with perpetual disqualification from holding public office, according to a Jan. 18 resolution promulgated by Sandiganbayan Associate Justice Georgina Hidalgo, a copy of which was obtained by the Inquirer on Monday.

“All of them committed transgressions. They grossly disregarded the law and were remiss in their duties by not observing or even attempting to observe the directives of the General Procurement Reform Act, which resulted in undue benefits to PDP Digital,” Hidalgo said in the decision.

The new ruling upheld an antigraft court decision in November last year that found Durano and five other Department of Tourism (DOT) officials liable for graft charges over the nonbidding of the calendar project. Durano had appealed the ruling.

In dismissing Durano’s motion for reconsideration, Hidalgo ruled: “It confounds the court how none of the accused apparently knew or understood their tasks under said statute: Knowledge of the procurement rules is not optional. Compliance therewith is not discretionary. And a blatant disregard thereof by the very officials mandated by law to enforce and observe the procurement rules—or worse, feigning ignorance thereof—in order to favor a supplier cannot be countenanced.”

Durano, who is running for Cebu governor against incumbent Gov. Gwendolyn Garcia in the May elections, said they would seek all legal remedies and would appeal the Sandiganbayan’s decision before the Supreme Court.

“This development is just part of the process. This decision is still not final and executory. We’re optimistic that we will attain a favorable response because we’re confident that the project in question when I was DOT secretary over a decade ago went through the proper process,” Durano said in a statement on Monday.

Durano insisted they were not motivated by any evil scheme or moved by profit, saying they made an “honest albeit mistaken belief.”

Durano earlier said that three cases were initially filed against him based on DOT projects in 2008 and 2009 involving contracts with MTV International, Makati Skyline and PDP Digital Inc.

Durano said two of the three cases were already dismissed, which was why he was surprised with the recent ruling.

The Office of the Ombudsman filed a graft case against Durano on March 22, 2019, for allegedly conniving with officials of the DOT bids and awards committee in giving PDP Digital Inc. unwarranted benefits for “conceptualization and development” of the calendar “without competitive bidding.”