newsinfo / Nation
Nation
‘Why gang up on them?’ 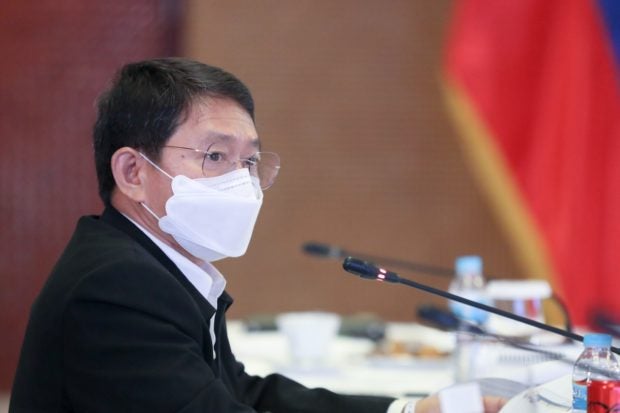 MANILA, Philippines — The Philippine National Police (PNP) was merely doing its job when it arrested Dr. Maria Natividad Castro, who was accused of being a ranking communist official, Interior Secretary Eduardo Año maintained.

“The PNP was just doing their jobs. Why gang up on them? This was not a warrantless arrest. The RTC issued a warrant and it’s their duty to serve it,” Año said, after several human rights workers and healthcare practitioners denounced the PNP for arresting Castro.

“The basis of Castro’s arrest by the PNP is a judicially issued warrant based on the criminal charges against her,” the Department of the Interior and Local Government (DILG) chief added.

According to reports from the police, Castro was accused of being a part of the Communist Party of the Philippines (CPP) central committee, and the head of the New People’s Army (NPA) National Health Bureau.

Aside from this, Caraga police said that Castro was involved in the kidnapping and detaining of a civilian auxiliary unit member in December 2018 in Barangay Kolambungan, Sibagat, Agusan del Sur.

READ: Doctor accused of being a CPP official arrested in San Juan

However, rights group Karapatan said that Castro was not a communist rebel, but only a human rights worker who helped set-up health centers for Lumads in the area.  Similarly, the Free Legal Assistance Group (FLAG) and other groups like the National Union of People’s Lawyers (NUPL) have raised concerns about her arrest.

But Año stressed that the lawyers and human-rights advocates could have defended Castro already when they had the chance, while the city prosecutor was doing a preliminary investigation.

“FLAG, the [NUPL] and other lawyers of Castro had every opportunity to quash the charges against her at the level of the City Prosecutor during the preliminary investigation and even with the court,” he said.

However, he also underscored that prosecutors found probable cause regarding the claims against the doctor, which led to the arrest order.

“We wish to emphasize that the prosecutor found probable cause against her and resolved to file criminal charges with the RTC. The Presiding Judge also judicially determined that there was probable cause which is why he issued a warrant of arrest so that she can face the charges against her in court,” Año explained.

“They could have challenged the prosecutor’s findings and appealed it with the Department of Justice. Or if they wanted to challenge the warrant, they could have brought it to the Court of Appeals or even the Supreme Court. They just needed to be diligent and do their jobs instead of maligning the PNP, the judicial system and making a media circus out of this issue,” he added.

Castro in 2016 was part of a delegation of human rights defenders who went to Geneva, Switzerland to participate in the UN Human Rights Council sessions.  During the meet, she talked about the plight of Lumad communities in Caraga and the whole of Mindanao, which allegedly were under the threat of militarization.

She was also a national council member Karapatan — a group often red-tagged or linked by state actors to the communist movement, despite the group’s denial.  Castro is also an alumna of the St. Scholastica High School in Manila and the UP College of Medicine.