IPOPHL reminds 2022 bets to respect IP laws, pay for use of copyrighted works in campaign 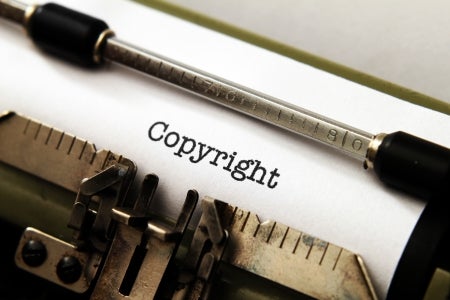 MANILA, Philippines — Candidates for the May 2022 national and local elections have been reminded to respect laws on intellectual property (IP) by ensuring that artists and creators are properly compensated should their work be used as a campaign material.

In a statement on Thursday, Intellectual Property Office of the Philippines (IPOPHL) Director General Rowel Barba said that they hope candidates pay the artists properly, as it may be a way to help the sector recover especially with the economic downturn brought by the COVID-19 pandemic.

Barba said this as his office expects the influx of materials which are sourced from songs and and audio-visual creations, as the campaign season heats up.

“I hope candidates compensate our artists fairly for their contributions in creating more effective and creative campaign messages,” Barba said, adding that even playing copyrighted songs to the public during campaign sorties or motorcades may still require payment.

Aside from that, the IPOPHL chief said that the first step for candidates is to seek permission from the original artists about using their artwork or song, as artists can turn down requests due to differences in politics.

Artists are allowed to refuse requests, as part of the “economic and moral rights granted to copyright holders by the IP Code of 1997”.

“Even as candidates are willing to pay a handsome fee, they first and foremost have to ask copyright holders’ permission to use their works in their political ads, and respect their decision if their proposals are turned down if it’s because they refuse any association from a certain political party,” Barba said.

“Candidates must be mindful of how they use copyrighted works, and encourage their supporters to do the same when creating materials for their online promotions or self-organized rallies, if they want to avoid backlash and a decrease in supporters,” he added.

This is not the first time that IPOPHL or artists have spoken about candidates respecting intellectual property rights: during the 2019 midterm elections, former Eraserheads member and Sandwich frontman Raimund Marasigan took a jab at candidates who are already stealing before they even got elected — as only a few aspirants have made payments for the use of campaign jingles.

IPOPHL also made the same reminders in 2019.

Prior to the the 2019 midterm polls, the Filipino Society of Composers, Authors and Publishers, Inc. (FILSCAP) said that only two candidates have secured performance licenses for the use of copyrighted music in sorties — now-Senator Bong Go and Pasay City mayoral candidate Jon Wilfredo Trinidad.

IPO said aside from FILSCAP, interested candidates can seek clearances through IPOPHL-accredited collective management organizations (CMOs), like the Philippines Recorded Music Rights Inc. (PRM) or the Independent Music Producers of the Philippines (IMPRO) to find the original owners of the song, then seek permission and negotiate a fee.

Despite songs being the source of most copyright infringement complaints, Barba assured that IPOPHL would still monitor other intellectual property disputes that may arise from “new marketing trends” in the 2022 elections — including content posted on social media platforms.

Similarly, he asked artists to monitor if their creations are being used without their consent.

“In the past, electorates would learn about copyright and IP due to infringement issues that candidates would be embroiled in. Hopefully, this election season will be different in that candidates respect and promote respect for IP rights instead of stealing them,” Barba noted.