Marcos Jr. banks on merits of his father — Abella 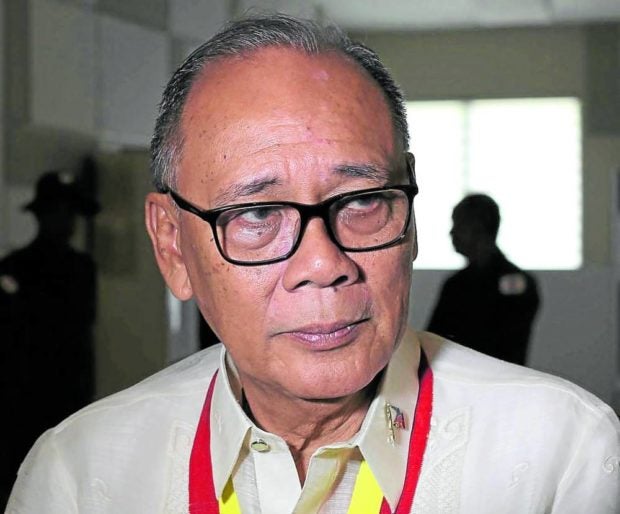 MANILA, Philippines — Former Senator Ferdinand “Bongbong” Marcos Jr. is banking on the merits of his father in the race for the country’s highest post, presidential bet Ernesto Abella said Thursday.

In a forum, Abella was asked about his impression of his fellow presidential candidates.

“We haven’t worked together but, of course, ano siya (he is), faithful siya sa (to the) legacy ng tatay niya (of his father). Actually, du’n siya nakasalalay (he depends on it), basically, the merits of the father,” he answered, referring to Marcos Jr., during the Pandesal forum.

Marcos Jr.’s namesake and father was the late dictator of the country who was deposed during the 1986 People Power revolution.

Meanwhile, Abella commented that Senator Manny Pacquiao has a “sense of calling” for the presidency.

“Senator Manny has a sense of calling, a sense of destiny, and I think that’s what he’s banking on, and he’s also banking on his friends and his financial clout. May sense of obligation to pay back dahil galing nga siya sa mahirap, so respeto ako du’n,” he said.

(He also has a sense of obligation to pay back because he came from poverty, I respect that.)

He then said that Manila City Mayor Isko Moreno has a great projection and all he knows about him is that he was an actor.

Abella remarked that Senator Panfilo Lacson “has been a decent senator” while labor leader Leody de Guzman is a “very good articulator of the socialist agenda.”

Competing with the said presidential hopefuls, Abella said that his edge is that he is looking beyond the six-year term to face the country’s problems.

(My response to the problems of the Philippines is not a list. It’s not just a list, but a view. My view is not to solve the next six years, no.)

Should he be elected, he said that he could work with anybody even with a team of rivals.

Meanwhile, when inquired about his assessment on President Rodrigo Duterte’s performance, he said that the chief executive is “doing pretty, pretty well.”

For Abella, the public liked Duterte because he “connected with the ordinary people.”

“Para sa akin ha (For me), he gave them back their sense of dignity. Nag-connect siya (He connected). Sabi ng tao, ‘okay pala kami, mayroon palang pumapansin sa ‘min kahit na mahihirap lang kami (The people said, ‘we’re fine, there is someone who notices us despite our poverty),’” he explained.