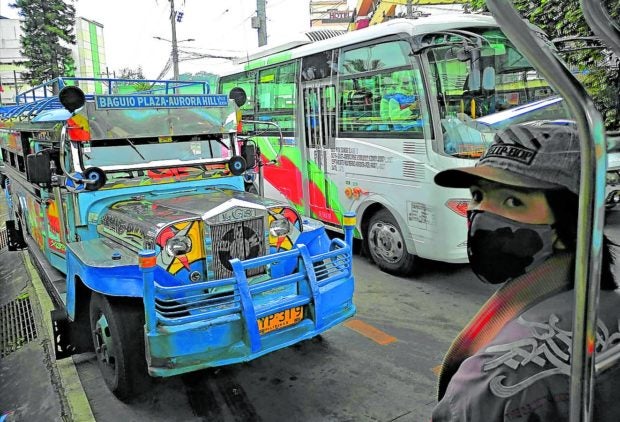 Poe, the Senate public services committee chair, said oil companies could help the country better by offering “competitive” prices for their products and granting discounts to consumers instead of focusing on making profits at this time.

“It is unacceptable that companies are raking in so much profit while our fellow Filipinos are further mired in poverty,” she said in a statement.

Poe made the call after oil companies imposed another hike in the prices of petroleum products on Tuesday, the seventh straight week of increases.

Since January, local fuel prices have steadily risen, reaching a cumulative net increase of P10.20 for diesel, P7.95 for gasoline, and P9.10 for kerosene.

This is on top of last year’s net increase that amounted to over P10 per liter.

The price of cooking fuel, liquefied petroleum gas (LPG), also rose by 8 percent on average, data from the Department of Energy showed.

Prices increased between P822 and P1,009 per 11 kilograms of LPG in the first week of this month. This compares to a price range of between P634 and P937 during the same period last year.

According to Poe, competitive pricing for petroleum products under the country’s deregulated oil industry will benefit public utility vehicle (PUV) drivers and private motorists, who have been “deeply hurt” by the steady increase in fuel prices.

She said it was now time for the government to distribute the pledged subsidy for qualified PUV drivers under the Pantawid Pasada Program, which received P2.5-billion funding this year.

An additional P5 billion in an unprogrammed fund is also authorized by the 2022 General Appropriations Act to be used for the drivers’ subsidy, but this can only be released if it becomes available and sourced from excess revenue collection, new revenue collection, or additional approved loans, according to Poe.

“We just hope the (implementing agencies) will be more thorough in poring over the list of beneficiaries to ensure that no qualified PUV driver will be left behind,” she said.

Fishermen are also hurting from the fuel price increases, according to Anakpawis National President Ariel Casilao.

He said that instead of fishing for six to eight hours a day, they had to cut that down to just four to six hours because that was the only time allowed by the amount of fuel they could spend for.

“The days of their fishing have also been reduced from the usual four to five days to only three days in a week. Consequently, the income of small fisherfolk will further diminish resulting in additional days of starvation,” he said.

An analysis by the US-based oil industry monitor, OilPrice, indicated that the news of an “imminent” nuclear deal with Iran sent down oil prices this week, but this was immediately offset by the production woes being experienced by members of the Organization of the Petroleum Exporting Countries (Opec) — a cartel of 13 nations that produce about 40 percent of the world’s crude oil.

Major importers are calling on Middle Eastern exporters to bring more crude into the markets, but no timeline has been set.

Jun Neri, lead economist at Bank of the Philippine Islands, said in an interview with the Inquirer that the continuous fuel price hikes could dampen what could otherwise be a robust consumption recovery this year.

It could also push the country’s inflation up together with the rising costs of utilities such as water and power.

Filipinos may not see any rollback before March as oil prices are expected to continue their upward trend until the end of February, the energy department earlier said.

It also proposed the distribution of a P15,000 fuel subsidy for farmers and fishers as a means to “mitigate the devastating impacts” of rising prices of basic commodities.

‘No room for sloth’: Poe pushes for faster payout for drivers under service contracting program