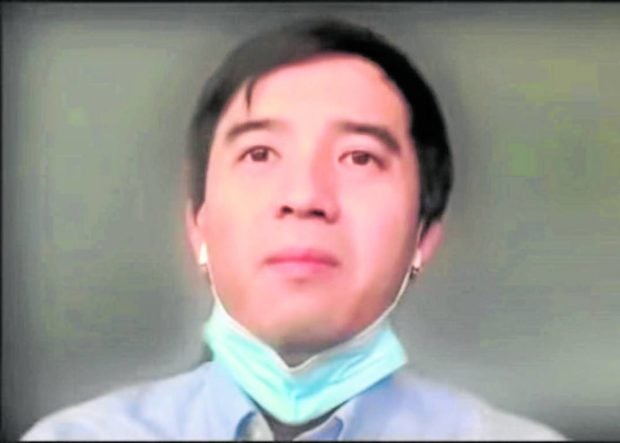 MANILA, Philippines — The wife of Pharmally Pharmaceutical Corp. director Linconn Ong is asking the Senate to free her husband to attend to their son who is suffering from dengue.

Linconn is currently detained at the Pasay City Jail for failing to produce Pharmally’s financial documents that were subpoenaed during the Senate investigation on the alleged irregularities in the government’s pandemic supply deals with the firm.

“I write to you this Valentine’s Day to humbly seek for your understanding and ask for the release of my husband Linconn Ong from the Pasay City Jail for humanitarian reasons,” Summer said in the letter.

“The Senate has forcibly taken my husband from me and our two-year-old child especially in these times of uncertainty. I have tried these past many months to remain strong, to trust in the justice system of our country, in the hopes that my husband will be freed soonest,” she added.

According to Summer, their son is suffering from dengue and is “not doing too well and constantly looks for his father.”

“I fervently appeal to you dear Senators to please let my husband go. It is not only I who need him most now, but also our son who is suffering from dengue,” she said.

“Last year, the Senate robbed us of support from Linc who was also not present to be with us when our family went through two medical emergencies. Even with our constant plea regarding this issue, no action was taken by the Senate,” she added.

Further, Summer noted: “Now, I fear, that our son, if anything happens to him will no longer see his father if something untoward happens.”

Summer said that according to her lawyers, Linconn should be released upon the release of the Senate’s full report on the investigation.

“However, Senator Gordon has deemed it necessary to keep him imprisoned even without a crime proven or a case filed by issuing a partial Senate report,” she said.

“The Senate has constantly besmirched the name of my husband, his company, and his reputation, including placing the health and well-being of our family in jeopardy for some senators to have something to use in their reelection bids,” she added.

Summer said her husband’s situation is “torture brought upon him and to his family by the Senate.”

“I fear for my son’s life. I also fear for my husband constantly. This sadistic situation we have found ourselves in, we do not wish to be experienced by anyone, not even our worst enemies. I appeal to your heart as parents, as spouses, and good Senators of the Philippines to please free my husband,” she said.

“As his wife, I guarantee that when the proper time comes, when the proper charges are filed, we, together will face the challenges together. In the meantime, let him be with his son,” she added.

INQUIRER.net has reached out to Gordon for a comment on this story, but has yet to receive a reply from the senator as of posting time.