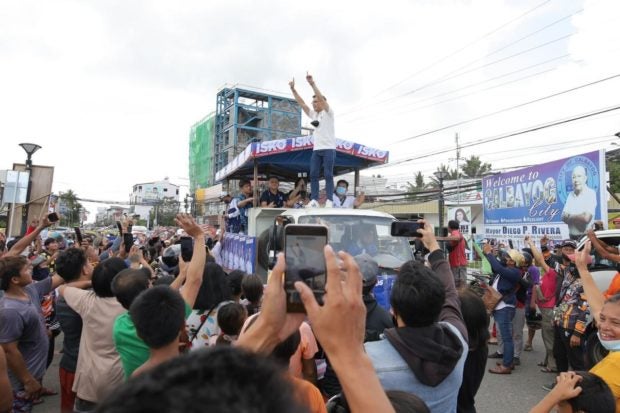 CALBAYOG CITY, Western Samar, Philippines – Manila Mayor Isko Moreno Domagoso on Monday vowed to continue the “Build, Build, Build” program in the whole of Samar to help uplift the lives of residents in one of the poorest islands in the country.

Moreno made the statement when asked to comment about the absence of infrastructure projects on the island, which is composed of Northern, Eastern and Western Samar.

Samar is the third largest island in the country and faces the Pacific Ocean making it one of the most vulnerable regions to typhoons. Repeated natural disasters combined with a poor geographical location not conducive to development makes life even harder for residents here.

If elected president, Moreno vowed to address the perennial problems of poverty, hunger, unemployment, inequality and social injustice in the country by focusing on providing the minimum basic needs of the people – housing, education, health care and jobs – through the efficient and prudent management of government resources. These form the main pillars of his 10-Point Bilis Kilos Economic Agenda. 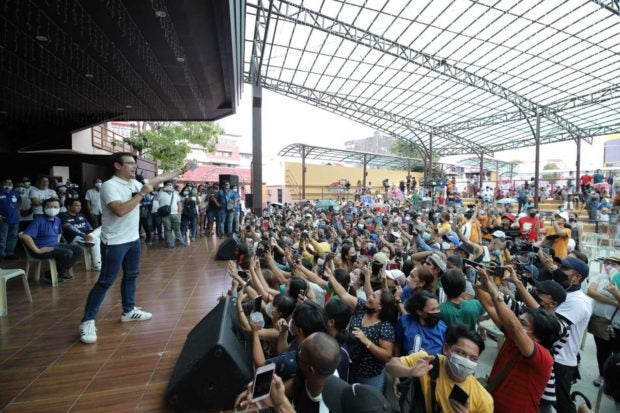 To improve the country’s health care system, Moreno said his administration will build more public hospitals and health care centers throughout the country, with a target of providing 107,000 additional hospital beds in his first 1,000 days in office.

Similar to what he did in Manila, the 47-year-old presidential candidate will also prioritize the handing out of Ayuda (cash and food assistance) to Filipino families affected by the Covid-19 which is also spelled out in the economic agenda, specifically under Labor and Employment, that will be his administration’s “North Star” to accelerate human and economic growth.

Moreno also plans to boost the country’s digital infrastructure by building and completing a national fiber backbone that will connect all schools, government offices and industries that rely heavily on internet connectivity.

Moreno said he is also committed to cut on the excise tax on petroleum products by 50 percent as this would directly benefit not only poor people but also the middle class who have been at the receiving end of the weekly price increases of crude oil.

The presidential aspirant is also planning another 50-percent tax break on electricity as this will be beneficial not only to consumers of electricity but also to owners of business enterprises since this would mean additional savings (translated as income) for all.

In another media interview, Moreno maintained he has no intention of backing out from the presidential race and is determined to continue his quest for the presidency.

Moreno made the remark when asked by reporters in this city for his reaction after a news website reported over the weekend that a presidential candidate has reportedly decided “to throw in the towel” and is set to end his campaign just as it’s taking him off from the ground.

Isko Moreno presents himself as alternative between two ‘feuding parties’