Comelec advises celebs not to use shows, platforms to endorse candidates

MANILA, Philippines — The Commission on Elections (Comelec) on Friday advised celebrities not to use their shows to endorse political candidates because it might be considered donated air time.

According to Comelec spokesperson James Jimenez, only candidates, and not their celebrity endorsers, should take a leave from their shows or programs.

“Under election laws, candidates who have programs should take a leave from their programs. We do not refer to endorsers, but again it’s good practice to not use their platforms to campaign because that might become an issue in terms of using these platforms for campaign purposes,” he said in an online press briefing. 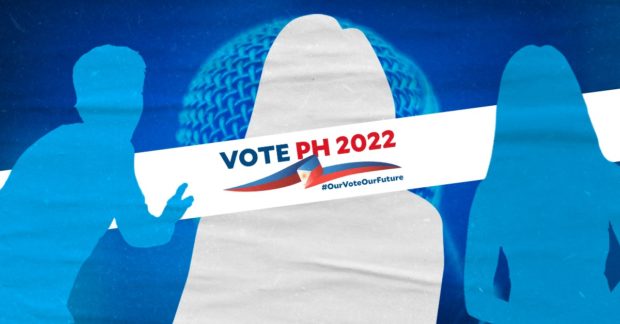 Comelec has advised celebrities not to use their social media platforms or shows to endorse candidates. Graphic design by Marie Faro / INQUIRER.net

The 90-day campaign period for national posts started on February 8. Like in previous elections, some celebrities have openly endorsed their preferred candidates, with some even hosting the proclamation rallies of their bets.

Being a celebrity isn’t wholly an ‘advantage’ in the election, says Sotto