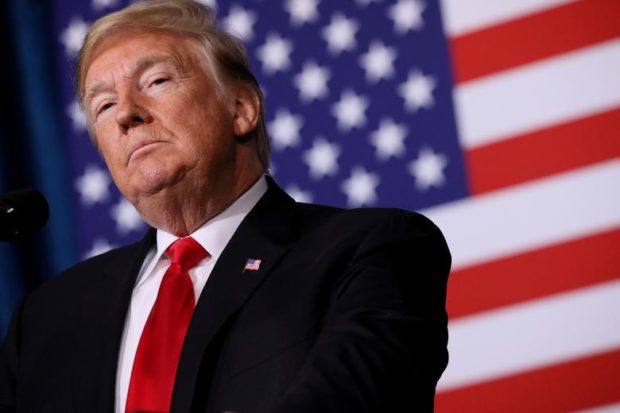 WASHINGTON — The US National Archives, which manages the preservation of presidential documents, requested that the Justice Department investigate former president Donald Trump for his handling of official documents, The Washington Post reported Wednesday.

In the past few weeks, new information has come to light about Trump’s improper handling of official documents and on Monday, the Archives confirmed that it had recovered 15 boxes of documents from Trump’s Florida estate that he had taken with him when he left Washington.

Among the documents were official correspondence with North Korea’s leader Kim Jong Un, as well as a letter outgoing president Barack Obama had left for Trump in the Oval Office.

Discussions on the matter with the Justice Department were preliminary, the Post said, citing two anonymous sources familiar with the matter, and it was not evident whether the department would act on the request.

Under the 1978 Presidential Records Act (PRA), which was passed in the wake of the Watergate scandal, US presidents are required to transfer all of their e-mails, letters and other work documents to the National Archives.

Last week, the government agency also confirmed that Trump had a habit of ripping up work documents, which the PRA prohibits, and that a number of records had needed to be taped back together.

Trump has had an ongoing feud with the National Archives, which he unsuccessfully sued to try and prevent the transfer of White House records to a congressional committee investigating the January 6, 2021 riot on the US Capitol.

When asked by AFP, neither the National Archives or the Justice Department would confirm that an investigation into Trump had been requested.

FAST FACTS: US National Archives has a lot of World War II info

Untold stories of PH war heroes kept in US archives