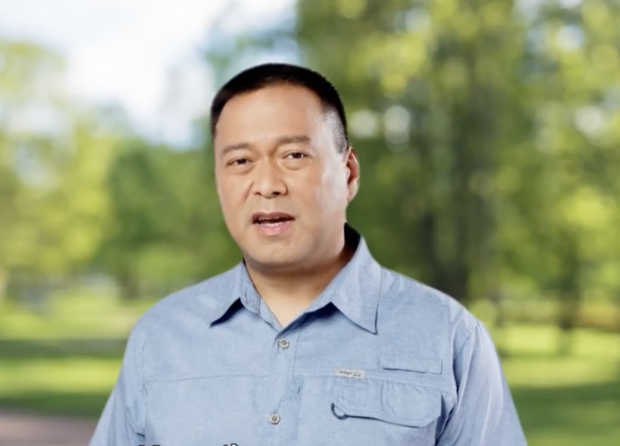 MANILA, Philippines — President Rodrigo Duterte has endorsed the senatorial bid of former Senator JV Ejercito, whom he described as a “friend and a partner” of his administration.

Ejercito is running under the senatorial tickets of presidential aspirants Senators Panfilo Lacson and  Manny Pacquiao.

“I endorse JV Ejercito as he runs for the Senate in the upcoming elections. JV Ejercito has always been a friend and a partner of this administration in pushing for advocacies that advance our development agenda, especially for the poor,” Duterte said in a video message released by the former senator’s office on Wednesday.

“I know that he has always served our country and people with diligence and hard work. I hope that you’ll give him another chance to serve you. Good luck, JV, at mabuhay ka,” the chief executive added.

When he was in the Senate, Ejercito helped ensure the passage of the Universal Healthcare (UHC) law and the law creating the Department of Human Settlements and Urban Development.

He has repeatedly promised to oversee the implementation of the UHC law as well as the promotion of mass transit and infrastructure development should he get elected  again in the Senate.

“Thank you, President Duterte, for your kind words as we campaign for a comeback in the Senate,” Ejercito said in response to Duterte’s endorsement. “I am honored and flattered. We will remain true to our promise to continue pushing for better healthcare and better infrastructure development in the country.”