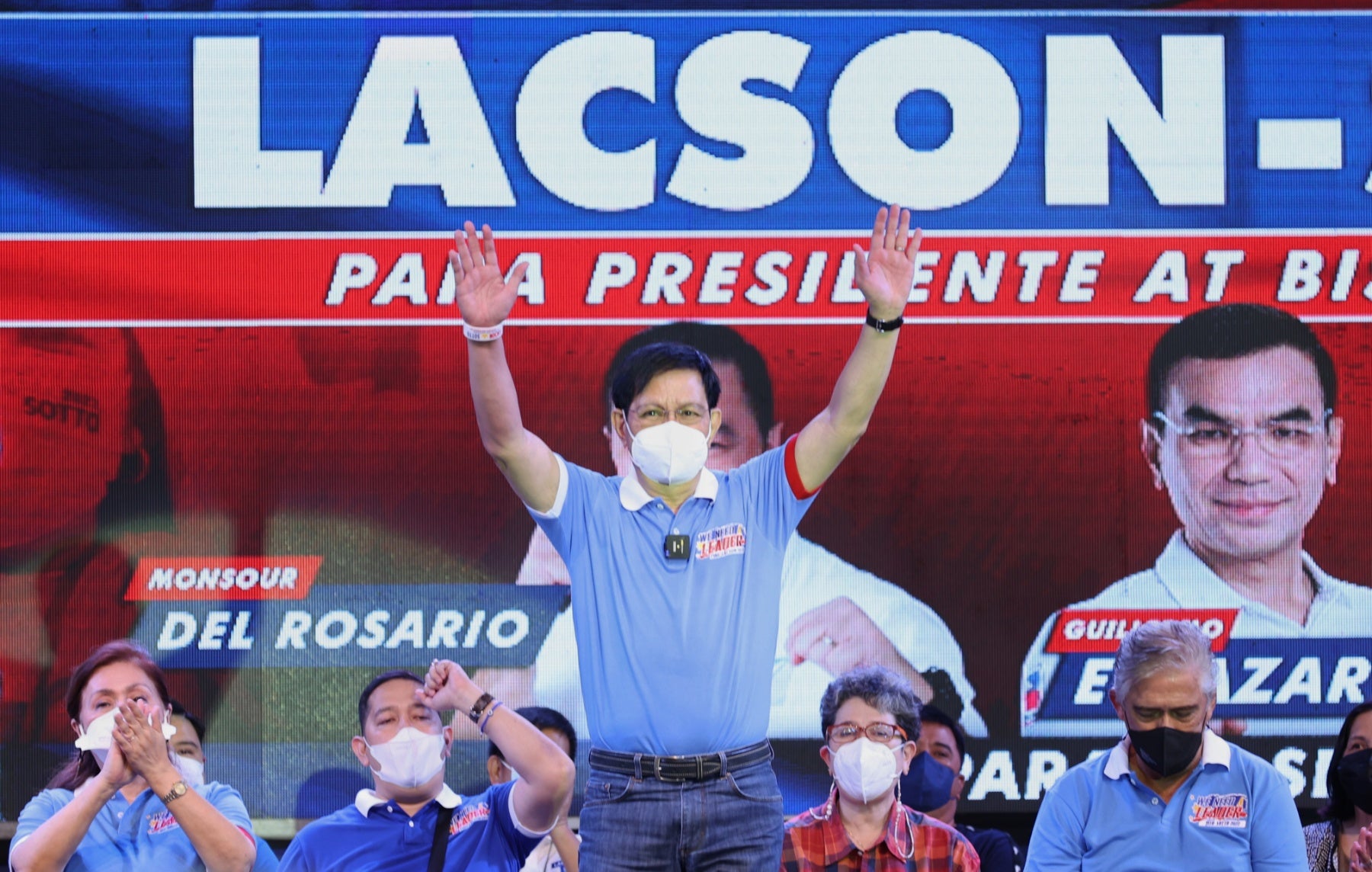 MANILA, Philippines — While Senator Panfilo “Ping” Lacson is “not the top of mind candidate for president for many people,” his campaign manager believes the former national police chief will emerge as the “best” contender during the period of debates in the campaign.

“We think people generally have confidence in Ping Lacson, they generally like him…I think that’s what we need to try to tap because he is not the top of mind candidate for president for many people. They’re not as enthusiastic about his candidacy as they might be for one of their idols,” Lacson’s campaign manager, former Interior Secretary Ronaldo Puno, said in an ANC interview on Wednesday.

“But, overtime, and I think during the next 45 days when debates come around, interviews will come around, people will be asked about their platforms and their experience and so on…I think our candidate is really going to be the best in this period,” he added.

Puno noted that in past elections, the candidates topping the survey usually “slide down” during the period of January to March leading up to the elections or when the debates are held.

“Why? Because this is when they really have to talk the walk and walk the talk. So, I’m looking forward to the next 45 days,” he said.

In the latest Pulse Asia pre-election survey conducted among 2,400 respondents from Dec. 1 to 6, 2021, Lacson garnered a 6 percent voter preference for president, falling behind four of his rivals.

For Sotto’s case, the latest Pulse Asia survey showed he is the second most preferred candidate for vice president, only trailing behind first daughter Davao City Mayor Sara Duterte-Carpio.

“I don’t think we have to produce something new, we just have to revive the interest and the enthusiasm that people have for him (Sotto),” he said.

“There’s genuine love for Tito Sotto anywhere we go, so that’s a benefit also for Ping Lacson because obviously there’s a huge, huge base of sympathetic people out there and we just have to touch them again,” he added.