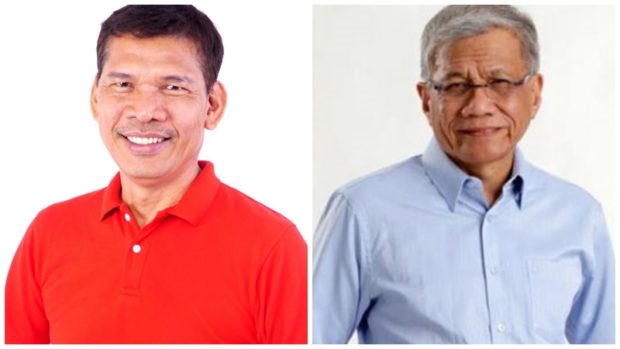 This, even if the Commission on Elections (Comelec) said that De Guzman’s camp may commit an election offense if they continue to hold the event because they failed to secure the required campaign permit.

The national candidates are running under the Partido Lakas ng Masa (PLM).

The camp said that the Partido Lakas ng Masa or Party of the Labouring Masses (PLM), the candidates’ party, are “sorting it out.”

During his speech, De Guzman said that his inspiration in vying for the country’s highest post are workers and the poor who are taken advantage of.

“Every time the media would interview me, they always ask me: “Ka Leody, where do you get the guts to run against your big contenders?” De Guzman said in Filipino. “You know what my answer is? I said, ‘from the workers and poor who are taken advantage of’ They are my inspiration. They are the reason why I keep on fighting.’”

De Guzman said that he and the national candidates under PLMwere pushing for a government and an economy for the masses.

Also present in the proclamation rally are the tandem’s senatorial bets labor leader Luke Espiritu, and environmentalists Roy Cabonegro and David D’ Angelo who laid out their advocacies to the public.

In a message to INQUIRER.net on Monday, De Guzman’s campaign team explained that in choosing the event’s venue, they considered the accessibility of those who would want to witness the proclamation rally.

“Our primary consideration for the venue was the accessibility of those who wish to attend the proclamation rally of Ka Leody and Professor Walden. We want people from all walks of life to witness this historic moment in our country’s history,” the campaign team said.

While the team did not invite celebrities, anyone interested would be welcome to the event.

“We did not invite celebrities to attend or perform at the proclamation rally just to draw in throngs of people. Such ploys synonymous with traditional politicians are the reasons why Ka Leody and Prof Walden ran in the first place. But if there are interested personalities who want to witness the event, then we will be elated and grateful for their presence,” they noted.

Tuesday, Feb. 8 was the start of the campaign period for the May 9 elections for national candidates while March 25 will be the start for local candidate.