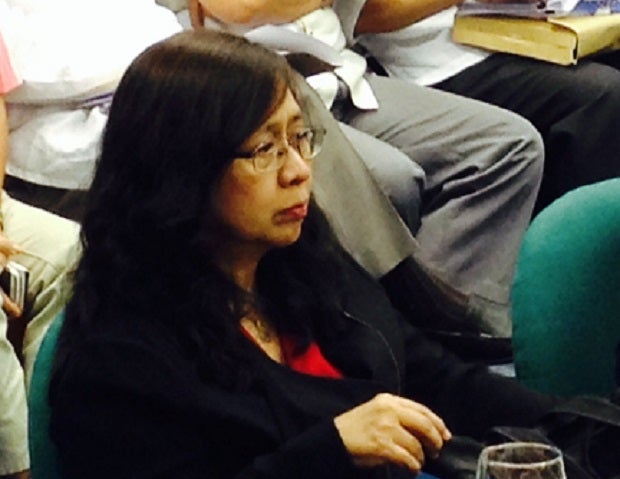 MANILA, Philippines — Investigative journalist Raissa Robles has filed complaints against suspended lawyer Larry Gadon over his verbal assault against her in a viral video in December last year.

According to Robles’ lawyer Atty. Sandra Olaso-Coronel, the journalist charged Gadon for libel and cyberlibel and for violation of the Safe Spaces Act before the Quezon City Prosecutor’s Office on February 4.

Gadon, in a Viber message to INQUIRER.net, said he is still waiting for a copy of the complaints.

Robles, in an interview with ABS-CBN News Channel on Tuesday, said what Gadon did to her was “too much.”

“I think what he did was too much, and recently I keep getting these facebook direct messages telling me that I deserve what Gadon did to me. I think that no woman, who wants to do political discourse on the internet, deserves that kind of treatment ever,” she said.

Coronel, meanwhile, said that the basis of the three complaints were based on Gadon’s viral video and another interview.

“The first is the viral video of him commenting, well, making misogynistic remarks against Raissa and that is the basis for the [complaint for violation of the] Safe Spaces Act, and his subsequent interview where he supposedly apologized but actually he did not apologize to Raissa and instead accused her of being a purveyor of fake news that is the subject our cyberlibel and libel complaint,” she added.

In December last year, Gadon posted a video of himself cursing and insulting  Robles, the Manila correspondent of the South China Morning Post, after she tweeted about the tax case of presidential aspirant Ferdinand “Bongbong” Marcos Jr.

Gadon’s rants against the journalist were laden with expletives, which the Foreign Correspondents Association of the Philippines described as “unbecoming conduct.”

Last month, the Supreme Court preventively suspended Gadon, who is also running for the Senate, following his actions against Robles.