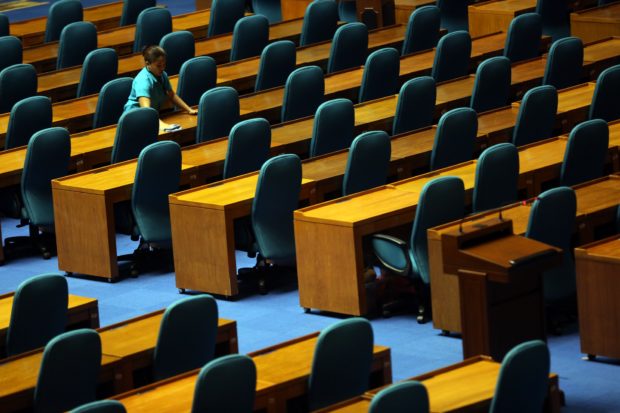 MANILA, Philippines — A party-list congressman on Monday stressed the benefits of online cockfighting or e-sabong, adding that it is a source of livelihood for many Filipinos.

This came after the issue on whether or not e-sabong should be granted a legislative franchise, proved to be a hot issue especially amid the elections.

“I remain in favor of online cockfighting for the simple reason that it helps a lot of people. When properly regulated, it is not the work of the devil; rather it is a usual source of livelihood for poor Filipinos,” Ako Bisaya Party-List Rep. Sonny Lagon said in a statement.

Lagon, who is also the vice chairman of the House Committee on Games and Amusements, said that the legislation of e-sabong is important as the COVID-19 pandemic caused the closure of over 3,000 cockfighting arenas nationwide resulting in thousands of Filipinos connected to gamefowl activities to lose their jobs.

According to him, this will allow the feed industry and veterinary products sector to both receive a windfall as a result of an active gamefowl industry.

There are an estimated number of 60,000 commercial breeders and 30,000 backyard breeders nationwide, with poultry supply stores at 14,000, said Lagon.

“The truth is, the majority of the 300-strong House of Representatives favor giving a franchise to e-sabong because we know that it will help a lot of our countrymen during these trying times. A lot of people connected to these industries have soldiered on despite receiving next to no amelioration.

“It’s time for us to lend a hand. Through this kind of legislation, we can do that with a clean conscience,” Lagon said.

He also bared that pitmasters have been also actively giving donations, ambulances and medical assistance like free dialysis, wheelchairs, etc. to the marginalized people.

“In the end, these are individuals who know their civic responsibility and have genuine care for their countrymen,” he noted.

Manila Mayor Isko Moreno and Senator Manny Pacquiao both said that they are in favor of regulating online gambling, while Vice President Leni Robredo and Senator Panfilo Lacson expressed apprehensions for online gaming citing the need for more discussions on the topic.

Labor leader Leody de Guzman, on the other hand, said that giving e-sabong franchises would not be a priority of his government.

The House committee on ways and means on Nov. 16 also approved a bill that would grant another online cockfighting firm a franchise to operate off site betting stations.