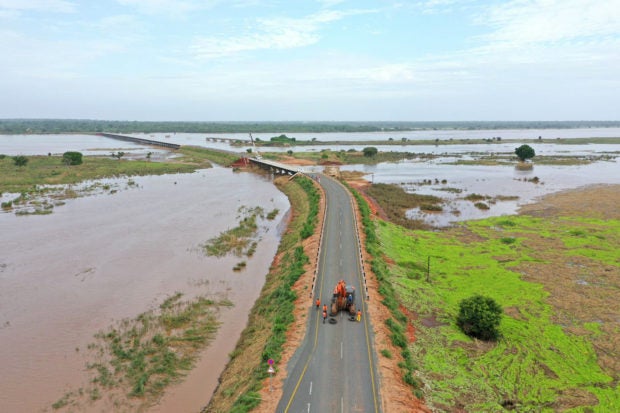 In this hand out photo distributed by the Mozambican National Institute of Disaster Risk Management (INGD) and dated January 28, 2022, the bridge between the Mozambican towns of Mocuba and Maganja da Costa in Nampula Province is seen damaged and the surrounded area flooded. AFP

The accident in Sussundenga district, around 170 kilometers (105 miles) west of the provincial capital Beira, occurred on Monday at a mine owned by a group of small-scale self-employed miners.

The head of the mine, Afonso Muagara, blamed the victims for operating during the rainy season when mining is prohibited.

“Nobody knows why they were there given that no mining activity is allowed when the rain falls,” he said on radio.

Dozens of children ‘seized by jihadists’ in Mozambique