Comelec has a leadership problem — Guanzon 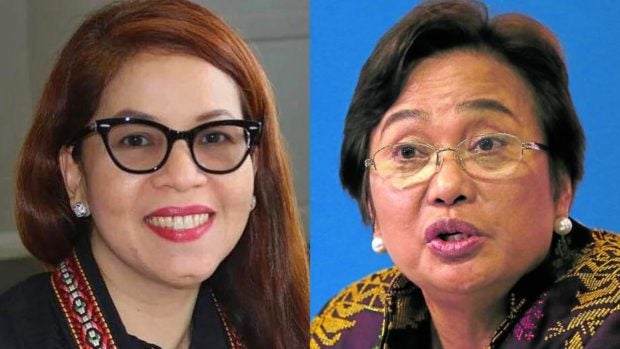 MANILA, Philippines — Commission on Elections (Comelec) Commissioner Rowena Guanzon on Tuesday said that the poll body has a leadership problem and that Chairman Sheriff Abas should order the expedited release of the resolution on the disqualification cases against presidential candidate and former senator Ferdinand “Bongbong” Marcos Jr.

“It is a leadership problem in the Comelec. It should be Chairman Abas telling Ferolino ‘you release that because pati ako nadadamay na dito, they’re telling me I am a weak leader here.’ Imagine that, magre-retire na din si Chairman Abas wala pa decision in a very most important case of this year,” Guanzon pointed out.

Commissioner Aimee Ferolino is the ponente or the one tasked to pen the decision on the disqualification cases against Marcos.

Ferolino, however, has yet to release the resolution. Guanzon is the presiding commissioner of the First Division while Commissioner Marlon Casquejo is one of its members.

“In executive session, which Ferolino did not attend, I asked, we discussed it and the commissioner said, ‘it’s your call Comm Bing’ and I said Chairman, why don’t you help me, help us, you call Ferolino if she is not answering Comm. [Marlon] Casquejo and he said yes,” Guanzon said in an interview on ABS-CBN News Channel.

Guanzon will retire on Wednesday and if the decision was not released by that date, her vote to disqualify Marcos Jr. will not be counted.

Ferolino has written a memorandum to Abas to explain the matter.

“That’s why I am calling on Chairman Abas also, but you know, he called her, that’s why she issued that memorandum explaining it to him, so then I issued a memorandum to her explain it to me, so on record, so when the next incoming senior commissioner comes in, your explanation is on record also,” Guanzon explained.

Guanzon also fired back at Ferolino’s remark that the two of them are “co-equal members of the commision.”

“Hindi ka ba junior member? Ano ang nakalagay dyan, sa records, junior member ka eh, hindi ka ba subordinate? You are under the supervision of a presiding commissioner when it comes to a speedy resolution of cases, it is in the constitution the speedy administration of justice,” Guanzon stressed.

INQUIRER.net sought Comelec spokesperson James Jimenez’  comment but he has yet to respond as of posting time.