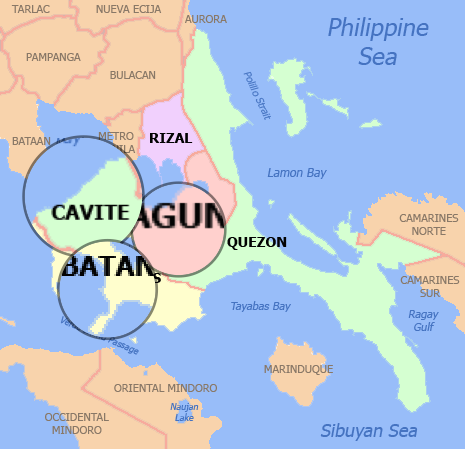 As of Monday, January 31, the positivity rate in Metro Manila is at 17 percent, 20 percent in Batangas, 31 percent in Cavite, and 21 percent in Laguna, according to a table posted by David.

The province of Quezon posted a positivity rate of 25 percent and eight percent in Rizal.

“The goal in NCR is to reduce [the] positivity rate below 10%,” David said.

The positivity rate refers to the percentage of people who would test positive among the total number of individuals tested for SARS-CoV 2, the virus which causes COVID-19.

Meanwhile, the growth rate in Metro Manila is at -62 percent and -48 percent in Batangas.

In the case of Cavite, the growth rate was recorded at -66 percent, Laguna at -62 percent, Quezon at -37 percent and Rizal at -65 percent.

The daily growth rate is the percentage increase in cases from the previous day, using the 7-day average of new cases.

The ADAR refers to the percentage of an at-risk population that is infected with the virus during a specific time period.

Meanwhile, the healthcare utilization rate for these provinces are all “low,” according to OCTA.