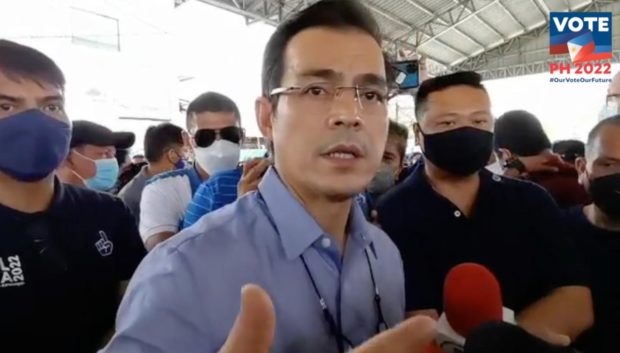 MANILA, Philippines — Manila Mayor Isko Moreno Domagoso is looking at tweaking the current setup of the bureaucracy, by pushing for a two-party system and more seats in the Senate should he get elected as president.

Moreno in a press conference on Monday said that having more seats in the Senate  — a total of 34 seats — would provide provinces and regions more representation.

This is because all of the 17 regions in the country would vote for two representatives from their locale, to ensure that candidates would be aware of the culture, history, and norms of the place they are coming from.

(Here’s the idea: If ever God would give me the privilege to be the president, the first thing I would introduce to our people is to have a political change. I will make sure all areas will be represented in the Senate.)

(What I would do is to make the number of senators to 34, which will be two per region and their people will vote for them.)

The Manila mayor admitted that not all may be amenable to his idea, but he believes that it might be what the country needs to ensure that every area is really well-represented.

Also, he thinks that such a system would prevent political dynasties, where Senate seats appear to be inherited by family members of the incumbent politician.

“I don’t know if you’re amenable with that, but I do believe (that) if we want equal opportunity, equal representation, if we wish for those things, if we wish that every body will (have) felt inclusive, felt that they belong, there will be voice for Bangsamoro, there will be somebody there that would understand their culture and history, in the same manner with the northern region,” he explained.

(It will no longer be inherited by their children… because what happens is that it has become a franchise.)

But aside from that, Moreno also said that it might be high-time for the country to shift to a two-party system instead of a multi-party system, while jointly electing a president and his or her vice president.

Over the years, there have been many attempts to either change or amend the 1987 Constitution, which allowed for different political parties, a Senate that is elected by a majority, and six-year terms to a president and vice president who are elected separately.

During the time of former president Fidel Ramos, there was a proposal to shift to a parliamentary style of government where the prime minister would be selected from among the members of the parliament.

Charter change talks were also prominent during the term of former president Gloria Macapagal-Arroyo, where decentralization of government through a unicameral parliamentary form was sought.

In 2016, President Rodrigo Duterte promised to advocate for a shift to a federalist government, which led the pro-federalism party PDP-Laban to support his bid.  But less than a year into Duterte’s term, none of the proposals had been adopted, and the original system placed by the 1987 Constitution remains in place.

What Went Before: Past Charter-change attempts