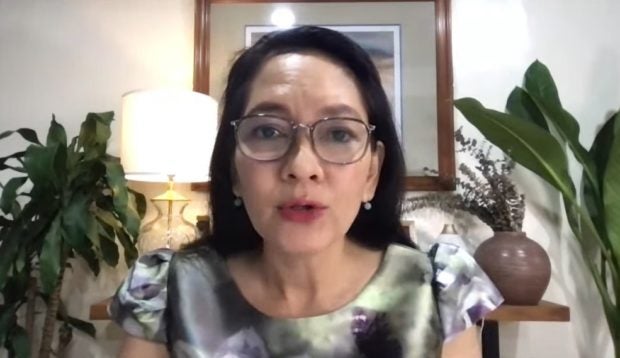 MANILA, Philippines — The Senate on Monday approved on third and final reading a bill providing “greater protections” to deserted and abandoned children.

With 23 affirmative votes, no negative votes and no abstentions, the Senate passed Senate Bill No. 2233 which, if enacted into law, presumes a foundling a natural-born Filipino citizen granting him or her rights and protection under Philippine laws.

Under the proposed Foundling Recognition and Protection Act, a foundling who is found in the Philippines or the country’s embassies, consulates, and territories, shall be presumed a natural-born Filipino citizen.

“They were once lost. Now, they are found. I laud the Senate’s commitment to ensure that these children are rescued from the risk of statelessness and to finally establish their identity,” she added.

The bill seeks to establish the right of a foundling to government programs and services, such as registration, facilitation of documents for adoption, education, protection, nourishment, care, among others.

“The utmost motivation of this bill is the best interest of the child. Hindi lang pagkakaroon ng pamilya ang ipinagkakait sa mga batang ito, kundi ang karapatan na magkaroon ng pangalan, nasyonalidad at maka-access sa programa at serbisyo ng gobyerno. This is the gap that we are trying to fill in,” Hontiveros added.

As of Dec. 2021, Hontiveros noted that the Philippine Statistics Authority recorded at least 6,580 “certificates of foundling.” Meanwhile, there are 1,473 foundlings who are legally available for adoption from 2009 to October 2021, according to data from the Department of Social Welfare and Development (DSWD).

Hontiveros, meanwhile, pointed to a “Safe Haven” concept included in one of the provisions of the bill, which will protect infants from further harm when their biological parents leave them in unsafe places.

“Maraming mga sanggol ang mas mapapahamak pa dahil iniwan lang sa basurahan o sa public comfort room [A lot of babies will be endangered because they were left in trash cans or in public comfort rooms]. The act of parents should not be prejudicial to the welfare of the child,” she said.

“The parents will be given immunity from lawsuit when he or she hands over an infant thirty days old and younger to ‘safe haven’ institutions such as licensed child care or placing agencies, health care facilities or DSWD residential care centers,” she added.

The senator, who chairs the Senate Committee on Women, Children, Family Relations and Gender Equality, urged the immediate passage of the bill into law, recognizing the government’s duty to provide protection to every child, regardless of his or her status or circumstances of birth.

“Bawat bata ay may karapatang magkaroon ng nationality na magiging daan para mabigyan siya ng programa at serbisyo para sa kanyang magandang kinabukasan [Every child has a right to a nationality that would pave the way for them to access programs and services that would help them achieve a better future],” Hontiveros said.