Ifugao, other areas to be downgraded to Alert Level 3 from Feb. 1 to 15 | Inquirer News
Close
menu
search

Ifugao, other areas to be downgraded to Alert Level 3 from Feb. 1 to 15 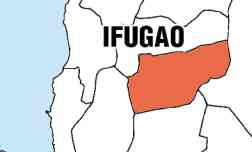 MANILA, Philippines — Due to the declining COVID-19 cases, Ifugao Province will be downgraded to Alert Level 3 starting February 1 until 15, Malacañang said on Monday.

(The IATF has come up with a decision on Ifugao Province’s alert status. From Alert Level 4, we downgraded it to Alert Level 3.)

The deescalation came after Metro Manila’s alert level was lowered to 2 from 3.

Other cities and provinces that will be under Alert Level 3 are:

Intrazonal and interzonal travel are allowed under Alert Levels 2 and 3, subject to reasonable restrictions by local government units.

However, the following establishments and activities are restricted under Alert Level 3:

-Face-to-face classes for basic education, except those previously approved by the IATF on Emerging Infectious Diseases and/or the Office of the President

-Contact sports, except those conducted under a bubble-type setup

-Venues with live voice or wind-instrument performers and audiences

-Casinos, horse racing, cockfighting and operation of cockpits, lottery and betting shops, and other gaming establishments except as may be authorized by the IATF or the Office of the President

-Gatherings in residences with individuals not belonging to the same household

Also under Alert Level 3, the following establishments and activities are permitted, provided that a 30-percent indoor capacity for fully vaccinated individuals and 50-percent outdoor capacity will be observed:

-In-person religious gatherings; gatherings for necrological services, wakes, inurnment, and funerals for those who died of causes other than COVID-19 and for the cremains of the COVID-19 deceased

-Licensure or entrance/qualifying examinations administered by their respective government agency, and specialty examinations authorized by the IATF

-Fitness studios, gyms, and venues for non-contact exercise and sports

READ: Metro Manila, 7 other provinces to be under Alert Level 2 starting Feb. 1