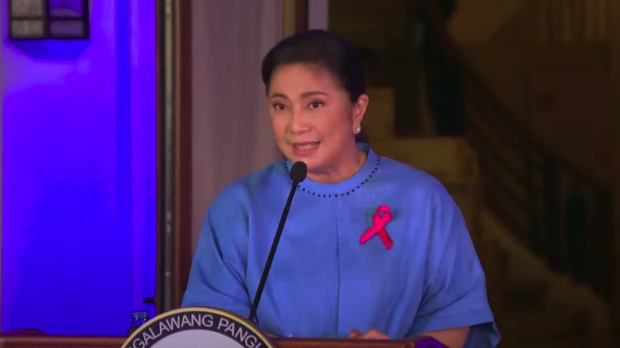 FILE PHOTO: Vice President Leni Robredo announces her decision to run for president in the 2022 national elections. Screengrab from OVP/Facebook

MANILA, Philippines — Vice President Leni Robredo on Monday said that if Ferdinand “Bongbong” Marcos Jr. wins the presidency in the May elections, people can expect the country to revert to the dark days of his father’s dictatorship.

During the DZBB presidential interviews, Robredo was asked if her real motivation to run for president was on a platform based on preventing the return of the Marcoses’ to the ultimate seat of power – as she had pronounced prior to finalizing her decision to run in the upcoming polls.

Robredo emphasized anew that this year’s elections are not only about her or Marcos Jr. but actually about the politics that the Marcos family represents.

The Vice President said the 2022 presidential election is also crucial because it would determine the country’s direction and situation in the next six years.

In September 2021, before the filing of certificates of candidacy, Robredo said that part of the reason why she was undecided about running is that she was thinking if that move would foil a possible return of the Marcoses or a leadership style similar to President Rodrigo Duterte.

Back then, Duterte’s daughter and Davao City Mayor Sara Duterte-Carpio has not yet finalized her next political move and was rumored to also run for the president like Marcos Jr.

Marcos Jr.’s father, late former president Ferdinand Marcos, ruled the country for over two decades – a presidency that was marred by serious issues like human rights abuses, a crackdown on political opponents, massive plunder, and cronyism or the practice of providing allies with major industries in the country.

Eventually, both Robredo and Marcos Jr. made their candidacies for president official – setting up another battle between the two, like in 2016 for the vice presidency.

The latest Pulse Asia survey, however, showed Robredo at a distant second if the presidential elections were held from December 1-6, getting only 20 percent of the votes compared to Marcos Jr.’s 53 percent.

Robredo admitted that they still have a lot to do because initially, they were not prepared to launch a presidential campaign with her late decision to join the race.