Guanzon to Bongbong Marcos camp: How do you know I had 'minority opinion' on DQ cases? | Inquirer News
Close
menu
search

Guanzon to Bongbong Marcos camp: How do you know I had ‘minority opinion’ on DQ cases? 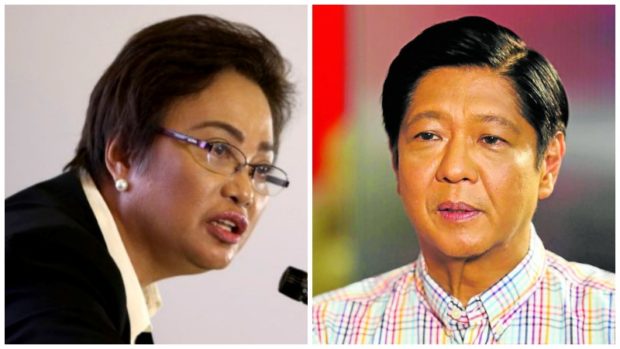 MANILA, Philippines — Commission on Elections (Comelec) Commissioner Rowena Guanzon on Saturday said the camp of presidential candidate Ferdinand “Bongbong” Marcos Jr. seems to know the votes in the consolidated disqualification cases against him.

Guanzon, in a radio DWIZ interview, was asked about the statement of Marcos’ Partido Federal ng Pilipinas (PFP) criticizing her for publicly disclosing “with undue haste her minority opinion” on the disqualification cases.

(It means they know they have bribed someone. Why do you know that I lost? If I lost, I should be the one withholding the decision. I would think that since I lost, I will not announce it until I retire.)

Guanzon earlier revealed she voted to disqualify Marcos Jr. in the May elections on the ground that he committed moral turpitude for the non-payment of his income tax returns when he was still Ilocos Norte governor.

The resolution of the First Division handling the cases has yet to be released.

“When Rowena Guanzon publicly disclosed with undue haste her minority opinion, before the submission of the other COMMISSIONERS’ OPINIONS, and prior to the promulgation of the complete decision, in order to put her fellow Commissioners under a cloud of suspicion with her bare suspicions that an unnamed politician probably intervened is double hearsay and pure tsismis and should be condemned by the Supreme Court as unworthy of a sitting commissioner of the Comelec,” he said in a statement.

Guanzon warned Marcos’ camp to not anger her, saying she also comes from a political family.

(I don’t care about these DQ cases. I just want to finish my job. But don’t irk me because I also come from a political family.)

INQUIRER.net has sought the comment of Marcos’ camp through his chief of staff Atty. Victor Rodriguez but has yet to receive a response as of posting time.