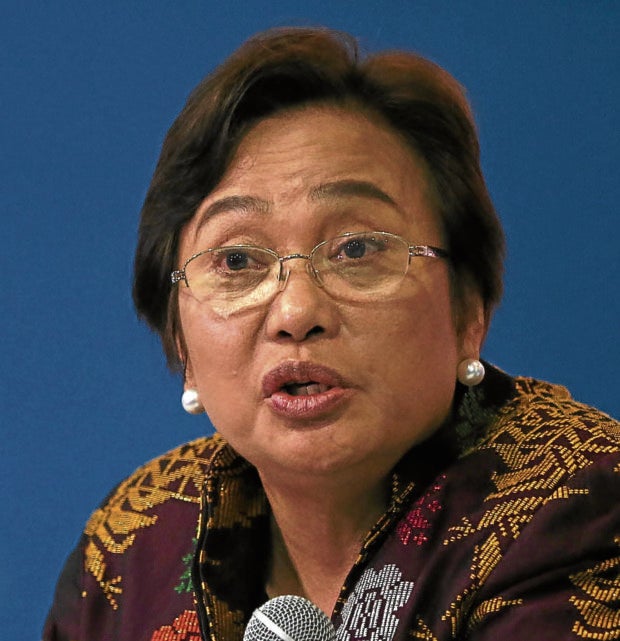 “I disclosed my vote,” Guanzon, who is part of the Comelec First Division, said in a Twitter post. She added that she revealed her vote in a news report to be aired on Thursday evening.

Guanzon, who said she is not the ponente of the cases, previously said she will nevertheless release her own opinion on the case.

“I will release my separate opinion soon no matter what the ponente does,” she stressed in another Twitter post on Thursday morning.

A ponente refers to the person tasked to pen the decision on a case or petition.

I disclosed my vote to @sandraguinaldo Watch @gmanews at 6.30PM

Guanzon also said she does not know yet when the ponente will release the resolution. She noted that the two other commissioners of the first division must submit or sign their vote on the resolution penned by the ponente.

Comelec spokesperson James Jimenez, when asked for his reaction about Guanzon’s recent statements, told reporters: “I am still trying to get in touch with her.”

Marcos Jr. is running for president under PFP, but Mangelen claimed he is the party’s duly elected chairman.

The Comelec First Division consolidated the three disqualification cases against the son and namesake of the late dictator Ferdinand Marcos Sr. after that preliminary conference. This means that the three petitions will have a joint decision.

The Ilagan and Akbayan petitions were consolidated because both cited in their cases Marcos Jr.’s tax case conviction as a basis to disqualify him from competing in the elections this May. The Mangelen petition, meanwhile, also mentioned Marcos Jr.’s tax case conviction but also called on the poll body to nullify the presidential aspirant’s certificate of nomination and acceptance (Cona) since it was issued by PFP without his supposed consent. An aspirant needs to file a Cona to prove that his or her candidacy under a certain political party is authorized.