Snowfall blankets much of Greece 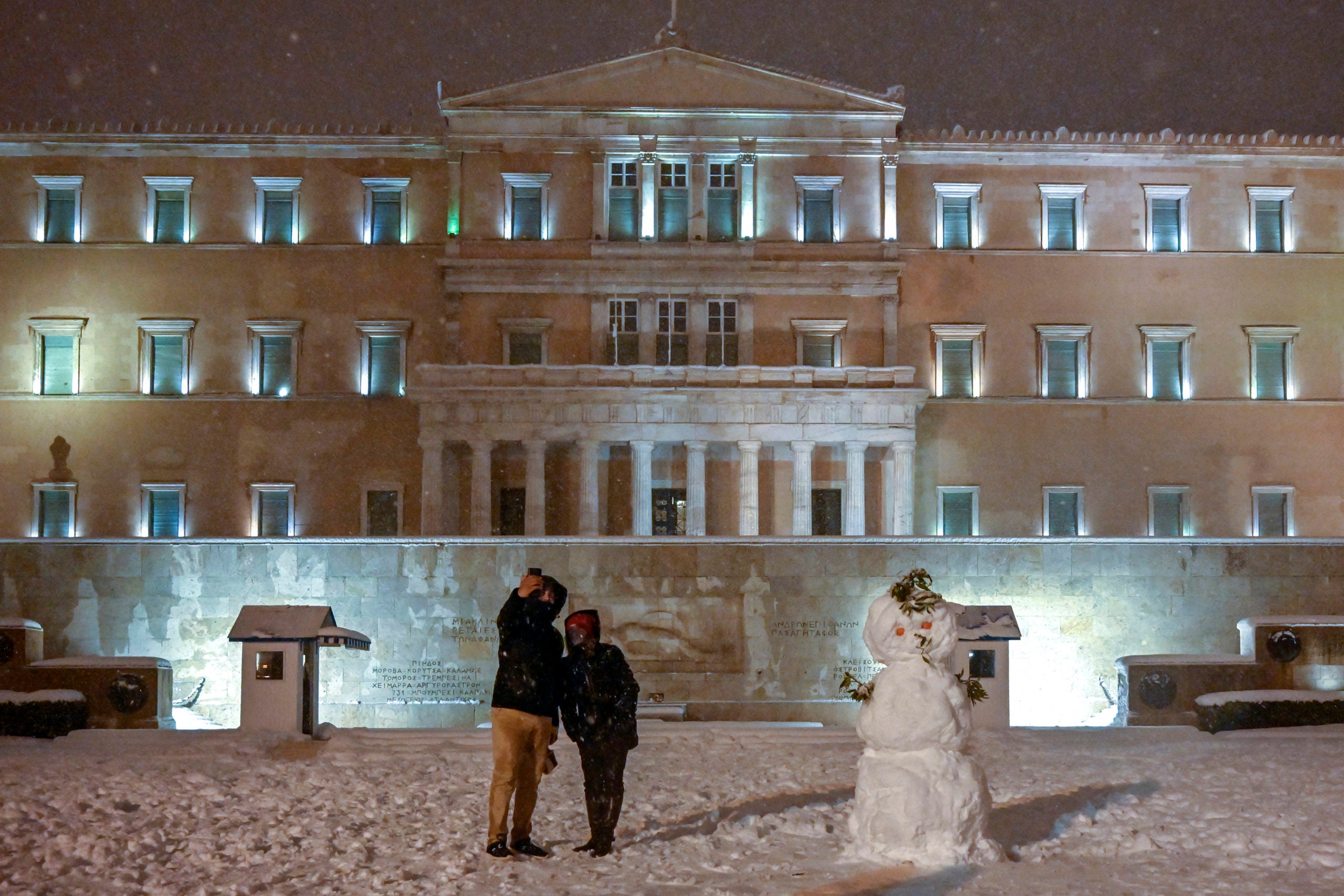 A couple takes a selfie in a snow-covered street in front of the Greek parliament in Athens on January 24, 2022. – Greece announced a general holiday for January 25, to avoid movements of people as Greece experiences a cold weather front with heavy snowfalls and very low temperatures. (Photo by Louisa GOULIAMAKI / AFP)

ATHENS — Snowfall blanketed much of Greece on Monday, closing schools, vaccination centers and parliament in Athens, causing blackouts in mountain villages and falling as far south as the island of Crete.

Temperatures plummeted to -14 degrees Celsius (6.8 Fahrenheit) overnight as the front dubbed ‘Elpis’ (the Greek word for hope) brought the first snow of the winter to central Athens.

Parliament was suspended, schools were shut down across the greater Athens area and metro access to the airport was disrupted, officials said. Air and sea services remained unimpeded.

“It is an extreme condition for our country,” Christos Zerefos, an atmospheric physics professor, told state TV ERT.

“A major effort is underway to keep the national (road) network and the main arteries open,” said government spokesman Giannis Ekonomou. Conditions would remain “difficult” on Tuesday, he added.

A cold snap with sub-zero temperatures and gale-force winds previously hit Athens in February 2021, killing four people on the islands of Evia and Crete and leaving tens of thousands of households without electricity for days.

Costas Lagouvardos, research director at the National Observatory of Athens, told ANT1 TV that the capital had not seen back-to-back winters like this since 1968.

In Athens, a couple from Florida in the United States celebrated their recent wedding with a photo shoot in the snow, the acropolis in the background.

The snow uncharacteristically fell on several Aegean Sea islands, shutting off some mountain villages on Andros, Naxos and Tinos, and covering beaches in Mykonos, in summer a tourist party island.

The snow is expected to continue into Tuesday and will be followed by sub-zero temperatures, the civil protection authority said.