US puts 8,500 troops on alert to deploy amid Ukraine tensions | Inquirer News

US puts 8,500 troops on alert to deploy amid Ukraine tensions 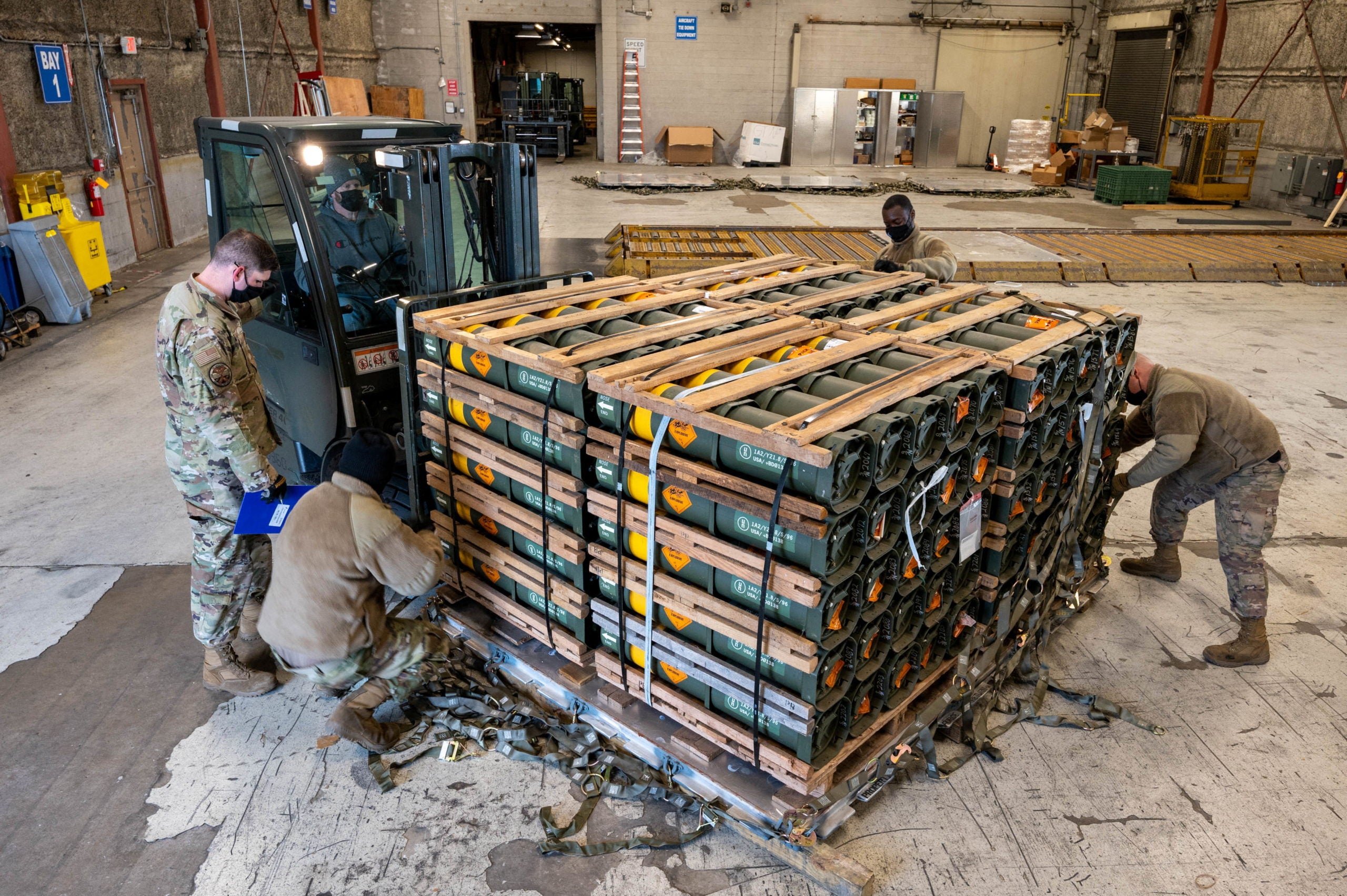 Airmen and civilians from the 436th Aerial Port Squadron palletize ammunition, weapons and other equipment bound for Ukraine during a foreign military sales mission at Dover Air Force Base, in Delaware, U.S. January 21, 2022. U.S. Air Force/Mauricio Campino/Handout via REUTERS

WASHINGTON — The U.S. military on Monday put about 8,500 troops on alert to be ready to deploy to Europe if needed, potentially on very short notice, in the latest effort to reassure jittery NATO allies in the face of a Russian military buildup near Ukraine.

Although the decision did not bolster U.S. support to Ukraine, which is not part of the NATO alliance, it underscored the growing NATO preparations for what Washington and Kyiv believe are Russian moves to mass its forces for a potential invasion of Ukraine.

Pentagon spokesman John Kirby said the bulk of the 8,500 U.S. troops were being notified of ready-to-deploy orders so they could fill in the ranks of a NATO rapid response force, should the alliance call them up for duty.

But Kirby stressed that Austin also wanted an unspecified number of troops “to be ready for any other contingencies as well.”

“What’s happening now is getting them ready on a shorter tether,” Kirby told a news briefing.

The alliance describes the NATO Response Force (NRF) as “a highly ready and technologically advanced multinational force made up of land, air, maritime and Special Operations Forces (SOF) components that the alliance can deploy quickly, wherever needed.”

NATO enhanced the NRF in 2014 by creating a “spearhead force” within it, known as the Very High Readiness Joint Task Force.

The U.S. troops notified of ready-to-deploy orders on Monday included additional brigade combat teams, logistics personnel, medical support, aviation support, and troops forces involved with intelligence, surveillance and reconnaissance missions. The announcement came the same day NATO said it was putting forces on standby and reinforcing eastern Europe with more ships and fighter jets, and could also send additional troops to its south-east flank, in what Russia denounced as an escalation of tensions over Ukraine.

Russia denies planning an invasion. But, having engineered the crisis by surrounding Ukraine with forces from the north, east and south, Moscow is now citing the Western response as evidence to support its narrative that Russia is the target, not the instigator, of aggression.

Kirby said Russia could easily de-escalate the crisis by pulling back forces. But that didn’t appear in the cards, he said.

“It’s very clear that the Russians have no intention right now of de-escalating,” Kirby said.