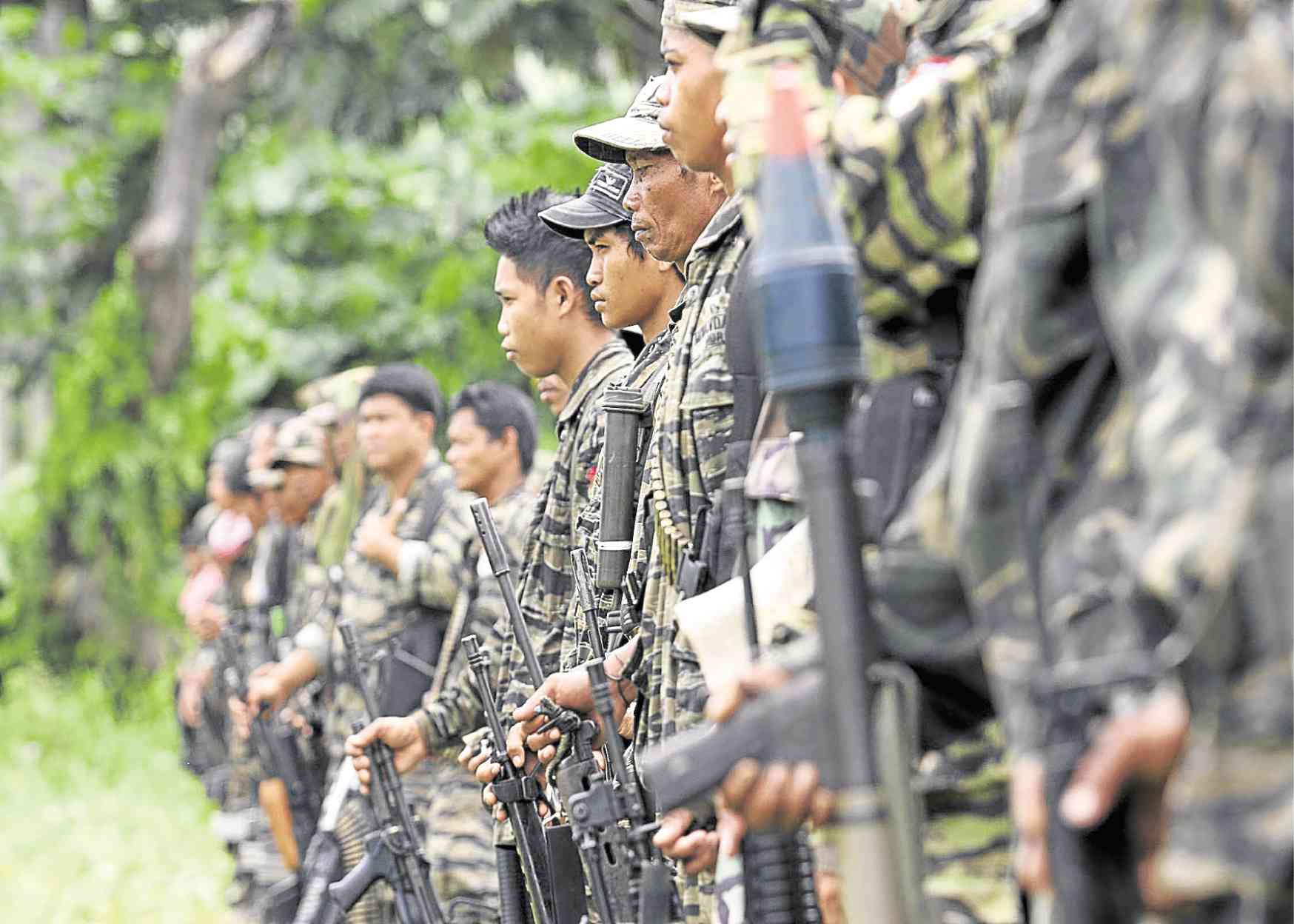 (FILE) Members of the Bangsamoro Islamic Armed Forces are preparing to lay down their arms and return to civilian life as part of the Moro Islamic Liberation Front’s peace deal with the government. —JEOFFREY MAITEM

MANILA, Philippines — The Senate has approved three concurrent resolutions with the House of Representatives that agree with the granting of amnesty by President Rodrigo Duterte to members of rebel groups.

Resolution No. 14 on the other hand was meant for Proclamation No. 1092, which was an amnesty for members of the communist Rebolusyonaryong Partido ng Manggagawa ng Pilipinas/Revolutionary Proletarian Army/Alex Boncayao Brigade.

Under the Proclamations, only crimes punishable under the Revised Penal Code and Special Penal Laws which were done in furtherance of their political beliefs can be granted amnesty.  Meanwhile, crimes done in a personal capacity cannot be granted amnesty.

But before the resolutions were approved, the criteria for amnesty was thoroughly deliberated as Minority Floor Leader and Senator Franklin Drilon questioned what merits an amnesty, who can receive it, and what specific crimes would be covered.