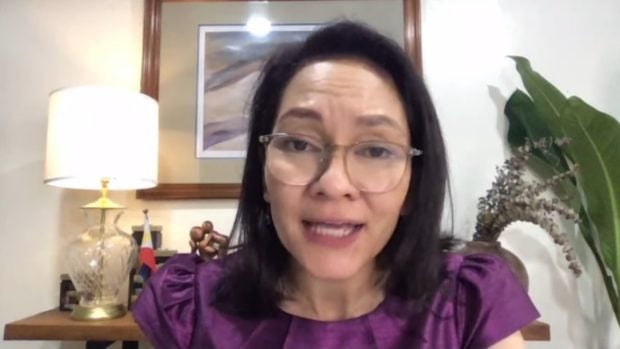 MANILA, Philippines — The Senate on Monday ratified the bicameral conference committee report of a bill expanding the range of benefits and coverage under the current Solo Parents’ Welfare Act.

Senator Risa Hontiveros, chairperson of the Senate’s contingent at the bicameral conference, said the final version of the proposed law included the following provisions:

The Senate approved their version of the measure on third and final reading in December last year.

The House of Representatives has yet to ratify the bicameral conference committee report, but once the chamber does so, the proposed law would be up for President Rodrigo Duterte’s signature.

Read Next
Marcos still wants Duterte endorsement
EDITORS' PICK
Percy Lapid’s kin: ‘We demand that his cowardly assassins be brought to justice’
Nothing’s certain so here’s how everyday Filipinos can make the most out of their Plan B
Do all the things you do, faster
PNP vows to bring justice for slain Percy Lapid; says probe underway
House energy committee chair Arroyo bats for cheap electricity
‘Seniority’ requirement despite vacant posts in DOH bothers senators
MOST READ
Student stabs teacher dead in Samar town
Trixie Angeles quits as press secretary due to health reasons
Not rehired?: Trixie Angeles not on list of reappointed Cabinet execs
Heart Evangelista to stay abroad ‘indefinitely’: ‘Hindi muna ako babalik’
Don't miss out on the latest news and information.